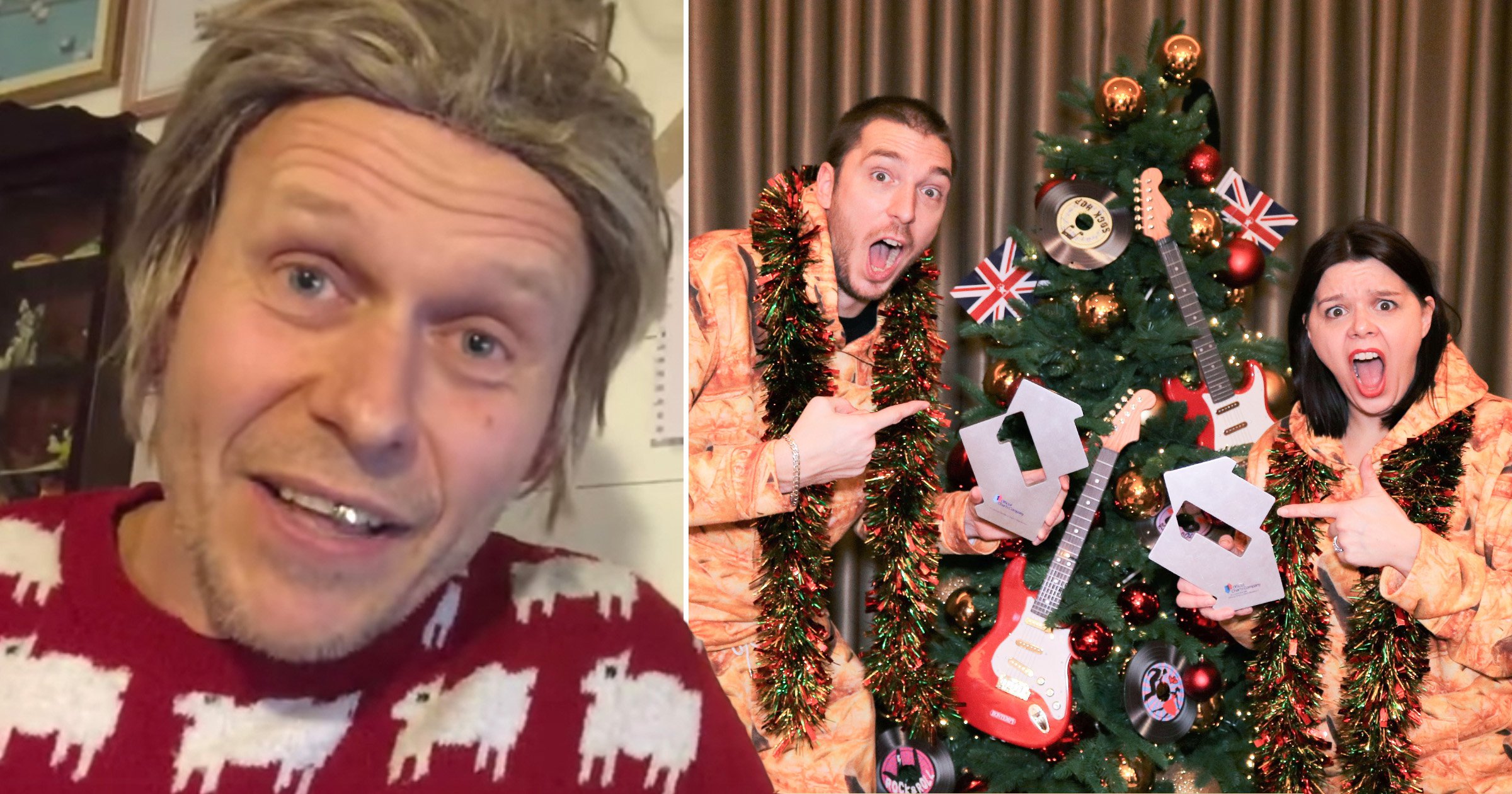 The Kunts has issued a scathing response to LadBaby following the duo’s criticism of the punk band’s ‘vulgar’ Christmas single Boris Johnson Is STILL A F*****g C***.

The two artists are currently battling to claim this year’s Christmas number one, with The Kunts releasing a sequel to their 2020 single and LadBaby hoping to top the charts with charity single Sausage Rolls For Everyone, in collaboration with Sir Elton John and Ed Sheeran.

However, LadBaby blasted their rivals saying it ‘takes a certain sort of person to download a song with that in the title’.

The Kunts has now released a full statement hitting back at LadBaby’s Mark Hoyle and questioning his intentions with the charity single.

In the statement released to Clash, singer Kunt said: ‘Regarding Mark Hoyle’s comments that “it takes a certain sort of person to download a song with that in the title”, I agree with him wholeheartedly.

‘The sort of person who can see that it was the Conservatives’ politics of selfishness, misery and deprivation that caused this country to need foodbanks in the first place.’

Kunt then revealed that his band made ‘large donations’ from sales of their 2020 single Boris Johnson Is A F*****g C*** to charities including Mind for mental health and Cardiac Risk In The Young, after being affected by both causes.

‘We may be vulgar in the language we use to get our point across but we would not be so vulgar as to use food banks to hawk records, increase our profile or sign lucrative sponsorship deals,’ Kunt continued.

‘Let me be clear, we would not stoop to using poverty, hunger and despair to promote our career and bolster our bank balance like we believe LadBaby have done in this year’s and last year’s Christmas Number One campaign.’

The musician went on to question LadBaby’s transparency and ‘how much of people’s 99p was going to the charity’.

He concluded: ‘But please don’t let any of this distract from the fact that the Trussell Trust is a necessary and worthy charity at this point in time and it is good to support food banks with donations of food and money, we do, but at the root of the problem is the corrupt and heartless Conservative government, and the man in charge of that who leads by example is Boris Johnson.

All proceeds from LadBaby’s song will be going to the Trussell Trust, who have supported 1,300 food banks across the UK, and Mark is passionate about driving home their message.

LadBaby has dominated the race for Christmas number one since 2018 in the name of charity.

Hoyle, his wife Roxanne and their two children launched their first bid for the festive top spot in 2018 with a sausage roll-themed rework of We Built This City.
They dropped I Love Sausage Rolls in 2019 and Don’t Stop Me Eatin’ in 2020 – matching The Beatles’ and Spice Girls’ trio of consecutive Christmas chart-toppers.