It was late July in 1969 and The Beatles could start to see the finish line for their final studio album, Abbey Road. By that point, the Fab Four had recorded most of the first side (including “Something“) and started working on the medley that made up the bulk of Side Two.

At first, John Lennon had resisted the idea of a medley. According to Geoff Emerick, the band’s engineer on their classic late records, John didn’t want another record with the symphonic approach of Sgt. Pepper’s.

“We’ve already done the concept record,” Emerick recalled John saying in Here, There and Everywhere. “You’re taking yourselves too seriously,” John added, in a knock aimed at Paul McCartney and producer George Martin.

But John came around when he realized he could use up some old song fragments in the medley. And, once they got started on “Mean Mr. Mustard” and “Sun King” (both John’s songs), he began to enjoy himself.

In fact, he was having so much fun he and Paul had a smoke session in the studio. That helped with their delivery of the the nonsense lyrics on “Sun King.”

John and Paul smoked a bit of weed before recording the goofy ‘Sun King’ lyrics. 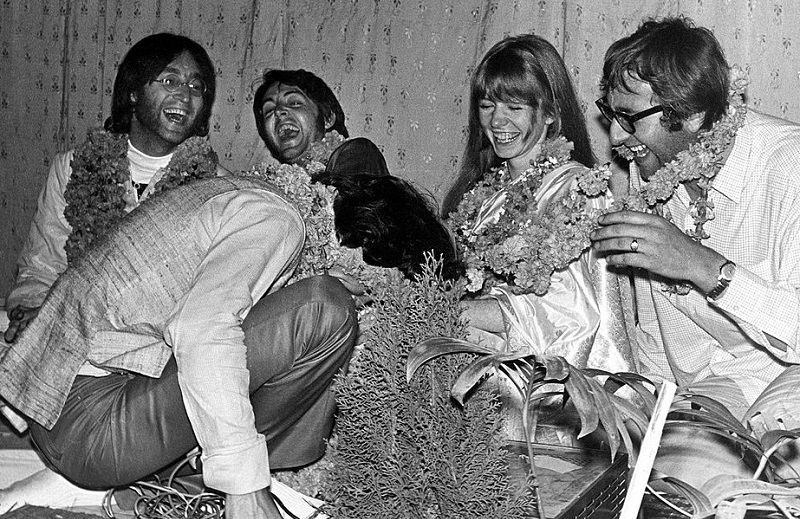 While John later dismissed “Sun King” as “a piece of garbage” he had around, the music has an ethereal quality about it that listeners still find irresistible. However, the goofy lyrics are quite a different story.

Start with the second line, “Mundo paparazzi mi amore chicka ferdy parasol.” That translates — between Spanish and Italian, plus some Liverpudlian gibberish — as “World paparazzi, my love, na-na, na-na-na, umbrella.”

“We just started joking, you know, singing ‘quando para mucho,’” John explained in 1969. “So we just made it up. Paul knew a few Spanish words from school. So we just strung any Spanish words that sounded vaguely like something.”

According to Emerick, the pair of old friends — who weren’t always getting along well by then — “disappeared behind the screens [in the studio] at one point for a puff of a joint, just the two of them.” That seemed to really get them going.

John and Paul couldn’t get through ‘Sun King’ without breaks for laughing fits. 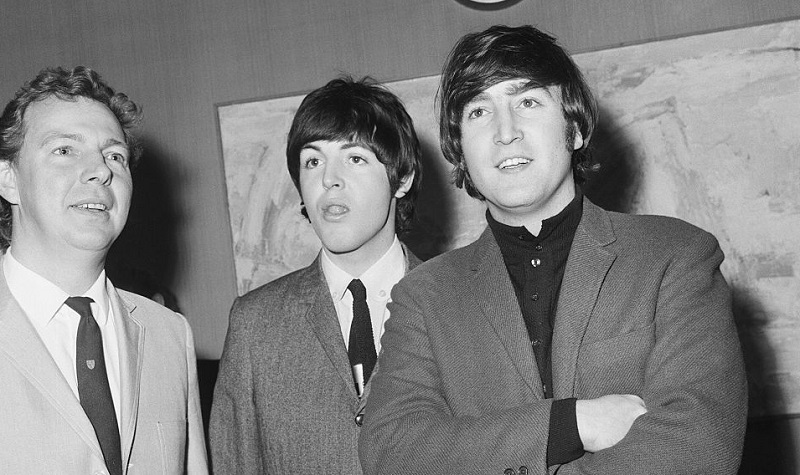 According to Emerick, the party really began once John and Paul emerged from behind the screen the band had inside the studio. “When they came out, they had a fit of giggles as they sang the pseudo-Spanish gibberish at the end of ‘Sun King,’” he wrote.

In fact, John and Paul were feeling so good they couldn’t through a take without breaking into laughter jags. All in all, it probably felt like the good old days for that brief period during the Abbey Road sessions.

Fifty years later, listeners continue to hold the Abbey Road medley in high esteem. Though John never loved it (he hated it, actually), one of his favorite Beatles songs was on that record. And “I Want You (She’s So Heavy)” and “Because” are no slouches, either.

Also see: The Album John Lennon Described as ‘the Worst Time of My Life’