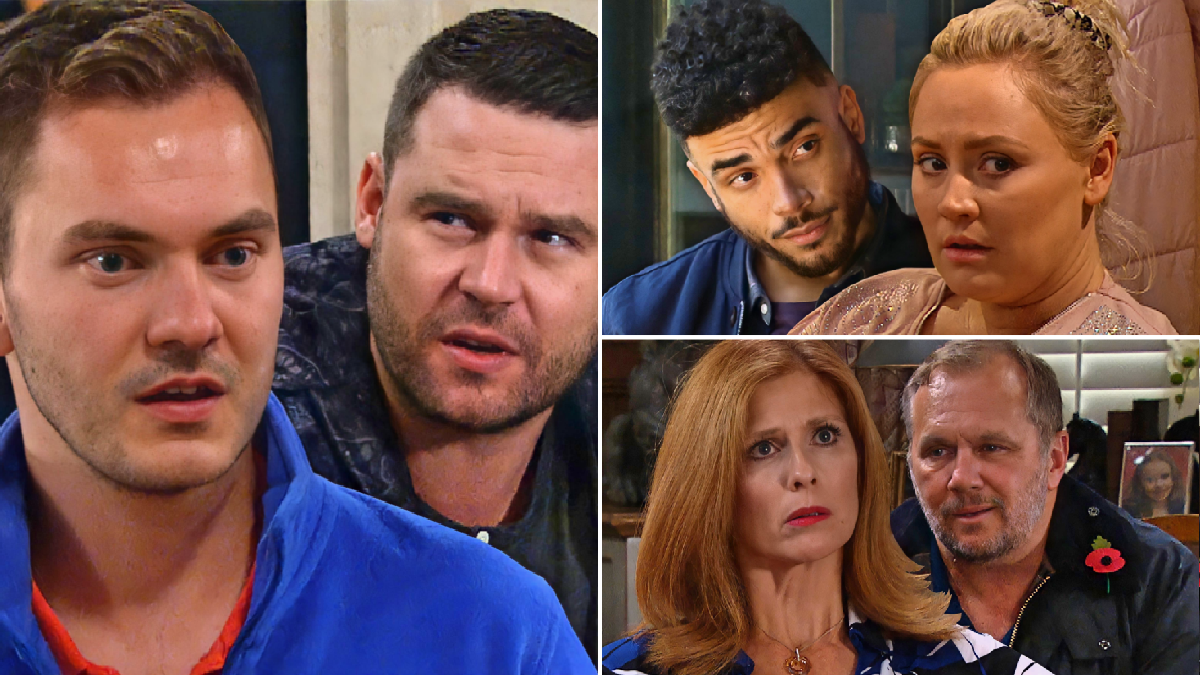 The fallout of the survival event continues to send shockwaves through Emmerdale for many, while others could be set to make upsetting discoveries about their loved ones!

Jai Sharma (Chris Bisson) is planning on blaming Ben Tucker (Simon Lennon) for the survival event disaster. Ben discovers the truth, and is horrified when Jai offers him a buy-out in exchange for his resignation.

Ben decides he needs a lawyer, and Aaron Dingle (Danny Miller) gets wind of his boyfriend’s ordeal, and makes matters much worse, as he punches Jai – who ultimately suspends Ben!

Tracy Metcalfe (Amy Walsh), meanwhile, plans an intimate date night, but Nate Robinson (Jurell Carter) heads into Hotten with Billy Fletcher (Jay Kontzle) for a lad’s night, where he meets a woman named Fiona, who chats him up.

Tracy sends him a sexy picture, but Nate misses the text due to his broken phone. Billy, meanwhile, lies to Tracy the following day about what happened last night.

It’s all kicking off in the village next week, and if you’d like a little look at what’s coming up, then check out our gallery below!