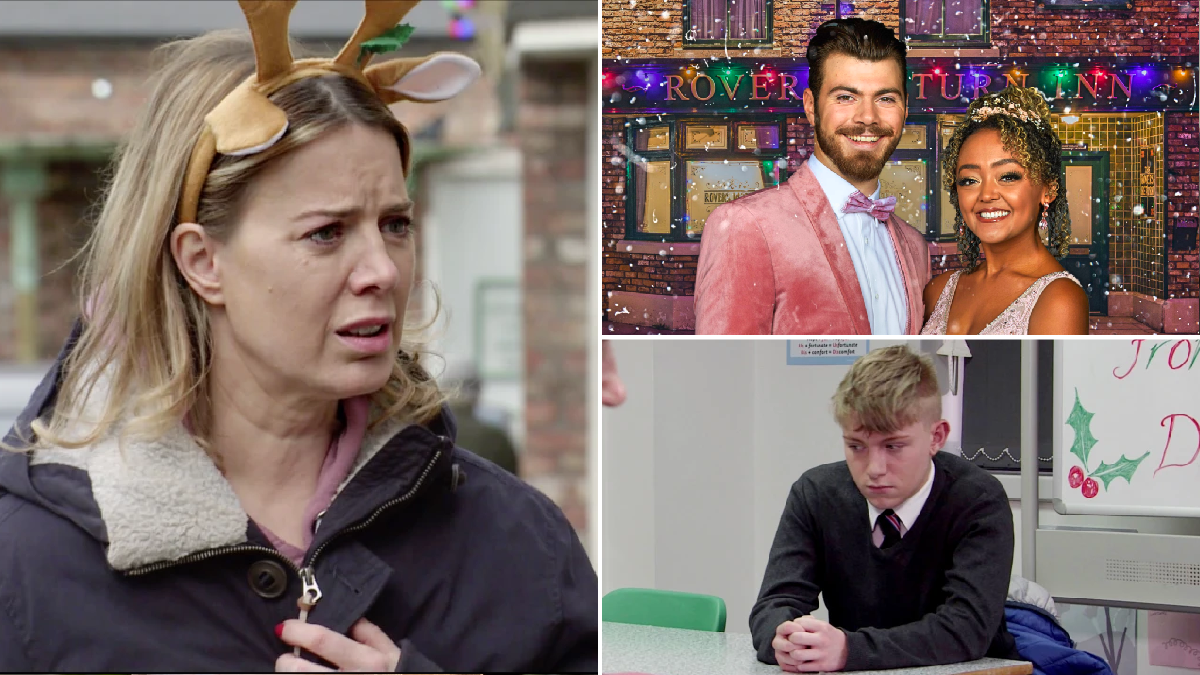 There is heartbreak and happiness aplenty in Coronation Street next week, as the festive season rolls around for the residents of the cobbles.

Emma Brooker’s (Alexandras Mardell) big day arrives, but she still has her doubts about Curtis Delamere (Sam Retford). Steve McDonald (Simon Gregson), meanwhile, reveals that the charity money never made its way to his account, forcing Amy Barlow (Elle Mulvaney) to reveal that Curtis is a pathological liar, and he isn’t dying!

Steve’s stunned, as Emma awaits Curtis’ arrival at the wedding venue. But will he turn up? Or has he done a runner with the money?

Elsewhere, Kevin Webster (Michael Le Vell) comes into possession of a few of Seb Franklin’s (Harty Visinoni) belongings, one of which is a letter that leaves his jaw on the floor.

Having read the letter, Kev pulls out all the stops for Abi, who thank him for the best Christmas present imaginable. Kevin tells her that it was Seb who was behind it.

It’s all kicking off on the cobbles next week and if you fancy a first look at what’s coming up, then check out our first-look gallery below.