‘90 Day Fiancé’: Could This Be Angela Deem’s Last Season?

Many 90 Day Fiancé fans have expressed that they are tired of watching Angela Deem run the show. Fans believe that her overbearing attitude and abusive behavior to cast members, especially to her husband, Michael Ilesanmi, has gone far enough. Could this be her last season? There have been many fans begging all season for TLC to retire Angela, but will the audience’s voice matter? 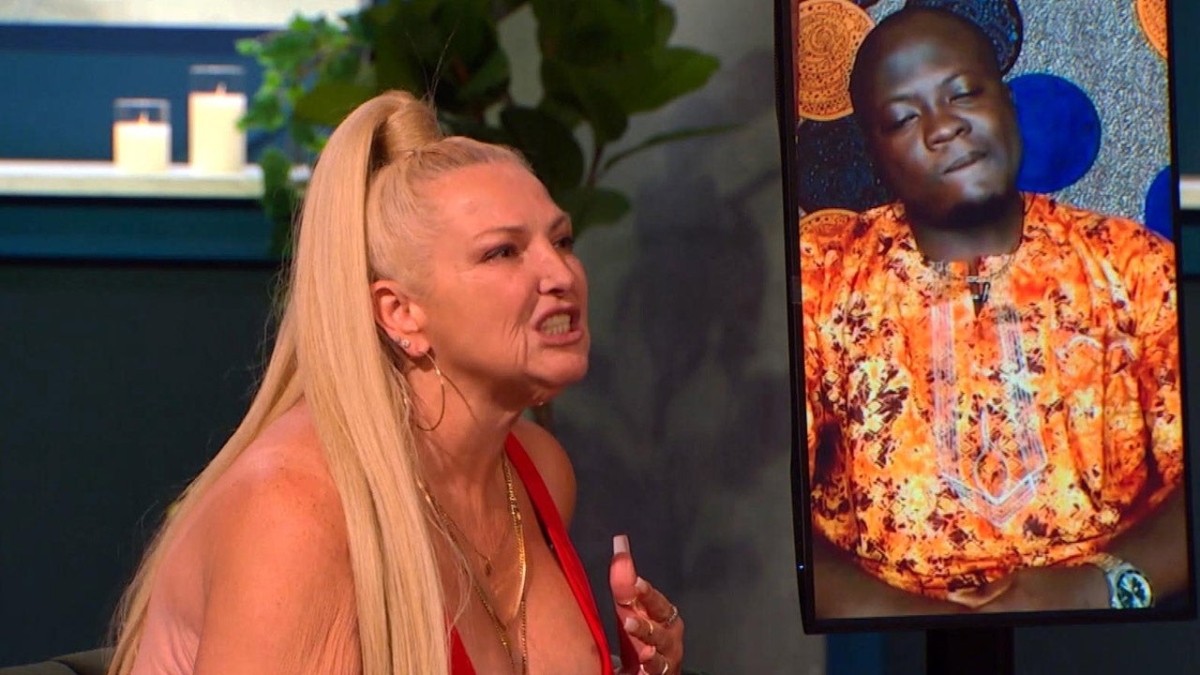 This means that Angela and Michael have appeared on a total of five seasons so far. Not to mention all of the other smaller spinoffs on discovery+. The age difference, culture clash, and opposing personalities that Michael and her share make for some of these seasons’ most interesting and explosive parts. However, are fans growing tired of her overbearing and borderline abusive behavior?

Many fans have gone to Reddit to express their frustration with production to allow Angela to continue on the show. One Reddit user posted in the 90 Day Fiancé subreddit, “Angela is no longer entertaining and needs to be fired.”

The user explains that Angela freaking out and flashing her breasts on TV was the final straw. “This is not good TV. It will backfire on them. Angela is no longer a cash cow asset. She is a detriment, and if I was the aunt who she did that to I would demand an apology from her and the network for this abuse. Angela is an embarrassment and if they give her a spinoff or put her on Single show I will boycott it.”

Many other fans echoed that same sentiment in the comments of the thread. One user wrote, “Whatever ‘charm’ she had a few seasons ago, it’s completely gone. She is a toxic person and honestly, at this point, she is ruining the show, and that’s saying a lot because it’s a DRAMA show.” One commenter wrote, “If genders were reversed, Angela would be fired.”

Will the show listen to its fans?

It’s clear where the majority of fans’ opinions lie. On the last two seasons of 90 Day Fiancé: Happily Ever After? fans have been complaining about the way Angeal treats Michael. Will TLC listen to the audience, or will they continue to put Angela and Michael on the show because they’re a safe bet for views?

Some fans are so upset with her behavior that they’ve threatened to boycott the show entirely. While it’s probably not likely that they will remove Angela from the franchise completely, it would be refreshing to see some new faces on the upcoming seasons of 90 Day Fiancé.

Whether or not TLC and Sharp Entertainment will listen to its fans remains to be seen. It seems like the casting has gotten lazy and is recycling the cast in hopes that they will continue to bring in the numbers. It’s possible that this could have been Angela and Michael’s last season, and many fans are happy about that.