Adam Woodyatt is the longest-serving actor at EastEnders, alongside Jane Slaughter who plays Tracey the barmaid in the Queen Vic. Over his 35 years, Adam’s character, Ian Beale has been embroiled in some of the most dramatic and memorable storylines the BBC soap has had to offer. At the moment, the EastEnd drama is off screen, as the cast and crew work hard to restock their episode backlog following the coronavirus pandemic halting filming. In the meantime, the stars have been sitting down with Stacey Dooley to take part in the spin-off show EastEnders: Secrets From The Square, and Adam looked unrecognisable.

While fans of EastEnders will have to wait a few more months before the show returns to the BBC, they are being treated to Stacey quizzing the actors about their time on the soap and what’s to come for their character when it returns.

During the showbiz segment of This Morning, a clip was played from an upcoming episode which sees Adam sit down with Gillian Taylforth who plays Kathy Beale.

But while the actors were discussing their off-screen relationship, fans were too busy discussing Adam’s appearance. 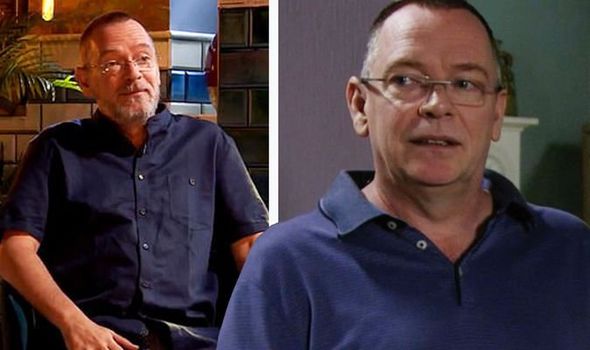 “F*** me Ian’s lost some weight ain’t he #ThisMorning,” another remarked.

A third added: “I didn’t recognise Adam for a minute!”

It is not known how much weight Adam has lost. 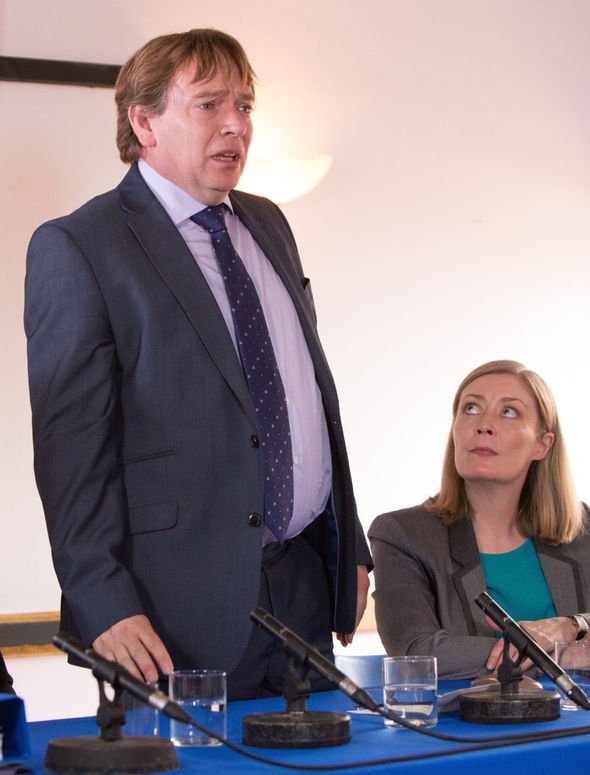 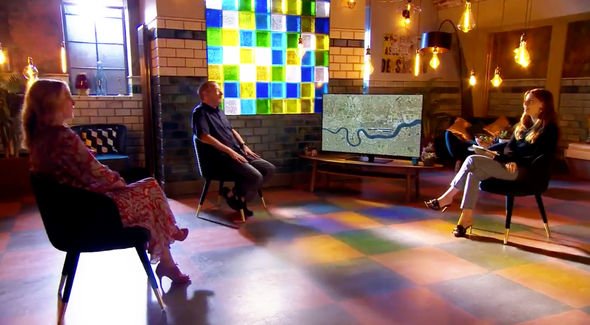 Adam spoke about the close bond he has with Gillian.

“My daughter calls her nan!” He remarked.

“I heard this, because you call Gillian, mum,” Stacey interjected and added.

A clip from one of their very first scenes together was then shown, and Adam followed up with: “A couple of years on, I would be coming home from a night out and on the way home – “

“I love these stories!” Stacey commented.

“All off a sudden, she’d get a ring on her doorbell at two in the morning. ‘Mum I’m hungry!’”

“And then he’d go straight to the fridge, and say ‘What you got?’” Gillian replied.

As for what’s in store for Ian when the show returns to television screens, he will be busy with his new business venture.

But little does she know he is responsible for her son, Dennis Rickman (Bleu Landau) dying.

EastEnders airs tonight at 7.30pm on BBC One and This Morning airs weekdays at 10am on ITV,