Alastair Campbell and Susanna Reid interview former England footballer Vinnie Jones on Good Morning Britain today about his new book Life After Loss which sees him open up on his grief after the death of his wife Tanya Jones. However, Alastair was forced to apologise and correct himself when he declared the Queen had died when in fact he was referring to the death of Prince Philip.

During the interview, Alastair said: “We’ve been talking a lot about Prince Philip after the death of the Queen.”

ITV viewers rushed to Twitter to clarify Alastair’s comment as one wrote: “Has @campbellclaret just told us, the Queen died?”

Another tweeted: “The Queen’s not dead #gmb” and a third added: #GMB Death of the queen?”

“When did the Queen die?  #GMB,” someone else questioned. 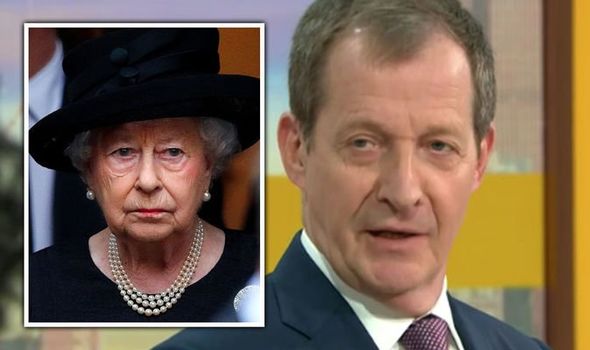 A fifth remarked: “According to Alistair Campbell the Queen died!!!”

“At least @piersmorgan doesn’t get confused and say death of the queen instead of death of Prince Phillip @GMB #gmb,” another said.

After realising his mistake, he said: “I think I just accidentally announced the death of the Queen, I meant Prince Philip of course.”