America Ferrera to Return to 'Superstore' for Series Finale 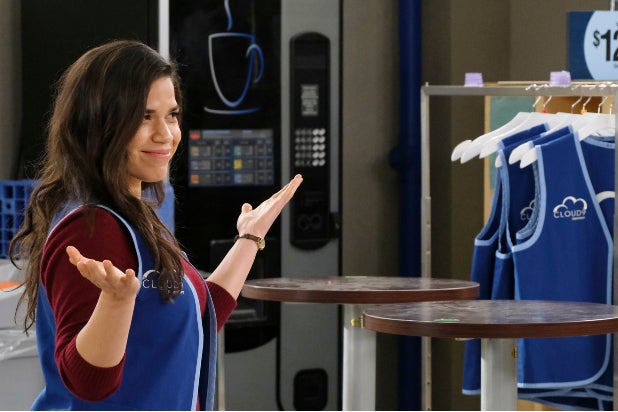 This news ought to put “Superstore” fans on Cloud 9: America Ferrera is returning to the NBC comedy for its March 25 series finale.

Ferrera played the lead role, Amy, for the vast majority of the sitcom’s run. She was also an executive producer on the show before exiting.

“Superstore” will conclude with a one-hour series finale on Thursday, March 25 at 8 p.m. on NBC.

Though the show won’t go on (beyond March), the relationships between “Superstore” executive producers and Universal Television (UTV) will. Justin Spitzer, Gabe Miller and Jonathan Green renewed their overall deals with the studio last year, and in particularly, Spitzer is continuing his relationship with NBC with his upcoming series “American Auto.”

“Superstore” is produced by the Universal Studio Group division in association with Spitzer Holding Company, Miller Green Broadcasting and The District.