In 2016 the expert couldn’t resist sampling the liquid in a bottle found buried under the threshold of a house in Cornwall, but three years on Fiona Bruce presented him with some grim news in an Antiques Roadshow special, as she revealed what constituted the mysterious brown liquid.

When Antiques Roadshow visitor John presented glass specialist Andy McConnell with a bottle he found buried under the threshold of a house, he wanted to know the age of the bottle and what was contained within.

Andy explained that while old bottles aren’t that uncommon, bottles with the liquid still preserved inside are much rarer.

He estimated the bottle dated from 1800, but what excited him was the prospect of sampling a drink from that time.

Using a syringe to extract the bottle’s contents, he fired the liquid into a beaker, where it displayed its colouration. 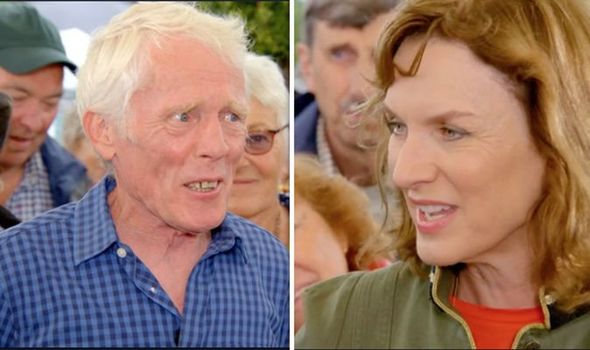 Dipping his finger into the shallow drink, he gave it a taste – his tastebuds were unconvinced by the drink’s flavour.

As Andy joined in the crowd’s laughter, he gave his verdict on what he believed the drink to be: “I think it’s port. Port or red wine. It’s one or the other.”

He then added a joke, which turned out to be closer to the truth than he would have guessed: “Or it’s full of rusty old nails and that’s rust.”

Fiona Bruce brought bottle owner John and intrepid taste tester Andy together to share the findings of scientific research into the liquid.

When pressed by Fiona on his decision to drink a mystery liquid, Andy replied: “I was always the naughty boy at school… It was too good an opportunity to miss.”

Fiona then told the pair that the bottle and its contents had been sent to Loughborough University for analysis. 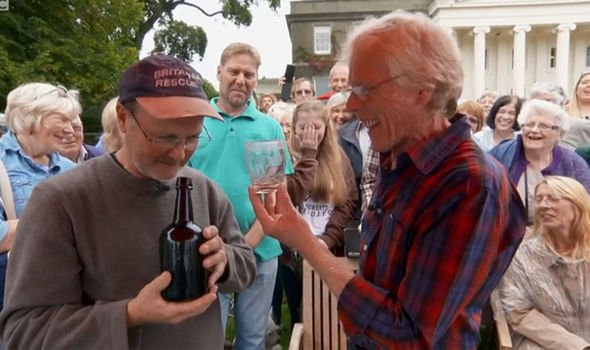 Once they had been x-rayed, poured, and tested, the results provided a surprising – and a little disgusting – analysis of Andy’s favourite historical dram.

Fiona was able to tell Andy that he had been part-right in his guess of what the drink was – but it wasn’t port or red wine.

The liquid had been full of brass pins from the 1840s – but the liquid itself was urine. 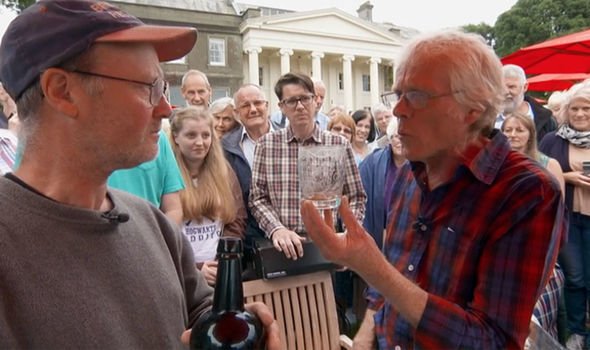 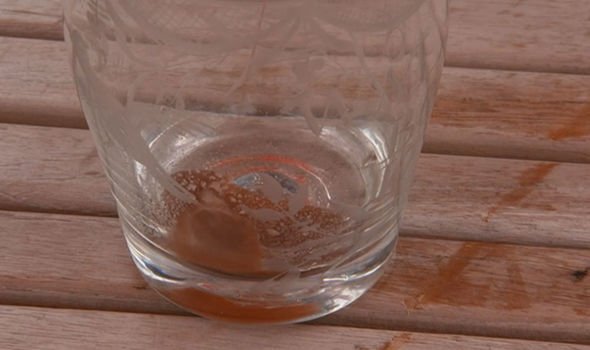 Rounding off the cocktail was a tiny bit of alcohol, a human hair, and an ostracod, which Fiona described as a “little cockle.”

This concoction was a witches’ brew, designed to ward off witchcraft and hexes.

When Fiona asked Andy if he was glad he tried it, he told her people still ask him in the street if he was fine after he drank “that filthy stuff”.