Antiques Roadshow was in Stonor Park in Oxfordshire earlier this year and Fiona Bruce and the team of expert were looking at treasures which included a rare artefact that survived the attack on Pearl Harbor as well as a genuine LS Lowry painting. When it was Jon Baddeley’s turn, he had a William Smyth watercolour painting to take a look at and valued it at £12,000 or “maybe more”.

Jon began: “I’m a great watercolour fan – one of the few in this world who collects watercolours, but what I love about this in particular, it’s such a dramatic scene; here we are with this ship stranded in the ice going nowhere.

“And here on the left-hand side, we’ve got the artists name, William Smyth from March 16, 1836. I think Smyth was the lieutenant on board?”

“I believe he was the navigation lieutenant, yes,” the guest added.

“Now, the ship is called the terror and started life as a bomb ship and it was specially reinforced and that’s what made it great for expeditions because they actually strengthened the hull in order to be able to withstand the pressure of the bombardment or the recoil from the guns,” the expert explained. 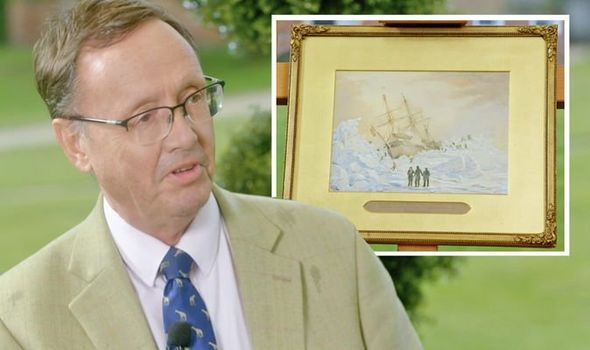 “Initially, they were sent out by the Admiralty to find the North-West Passage between the Atlantic and the Pacific, which they failed to find.

“And it took another 50 or 69 years in the beginning of the 20th century until that passage was found. Where did you acquire it?”

“I bought it in the early 90s at a book and art fair at Oxford Town Hall,” the man said.

“What appeals to you about it?” Jon asked and the guest continued: “The detail, I find, was just fantastic. If you look at ti closely, it shows every piece of rigging, the strengthening on the bow, the metalwork. Just ticked so many boxes for me.” 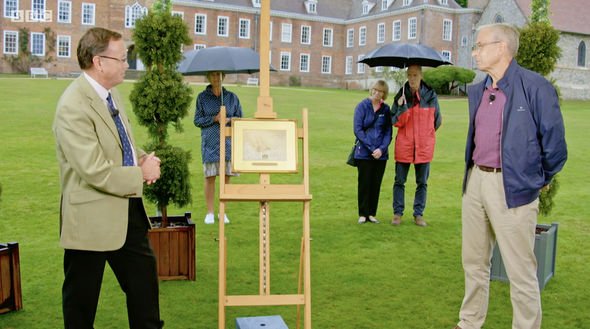 “And I love seeing all these guys with their harpoons,” Jon added. “Are they making sure that the ice is not going to fall through, so they’ll fall into the frozen sea?

“And you can see they’ve got a tent actually on board the decking there, obviously to protect them from the elements.”

The guest revealed: “I think they were over wintering, so it was home from home to them for winter.”

“And they were stuck there for over 100 days. When they got free of the ice they limped back to – actually, it didn’t get as far as the UK, I think they beached it on the shores of Ireland,” Jon said and the man added: “Lough Swilly or somewhere.” 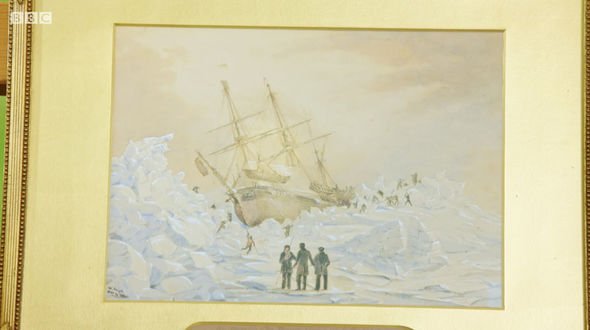 “Goodness, worth every penny,” the gentleman remarked.

And Jon finished: “But it gives you joy and I’m envious of you owning such a great picture.”

William was born in England in 1800 and entered the Royal Navy at age 13.

He was the official artist of Captain Frederick Beechey’s expedition to explore the Bering Strait in 1825.

The expedition wintered in San Francisco and Monterey during 1826-27.

Antiques Roadshow airs Sunday night at 8pm on BBC One.