Antiques Roadshow expert Lars Tharp was on hand to help the woman who had brought along a family heirloom of a Chinese Lamp. The relic was often used at Christmas time to decorate the house because of its artistic qualities. Although it was over 100-years-old, the guest presumed her prized possession would value at £500. However, scenes of shock and excitement played out on the BBC show when she learnt it was worth a fair bit more than what she had originally thought.

Explaining how the relic came to be in her possession, the guest said: “[It was] from my father, who got it from his father and he was a medical missionary in China in about 1890 to over 1900.”

“It’s a beautiful thing and you’re obviously fond of it,” Lars added as a candle was lit and the lamp was put over the top of it.

After detailing how her family used it as a season decoration, the expert remarked: “What’s Christmas without a candle.

“It’s incredibly difficult to make something like this. It’s a really skilful thing. Each of the facets is pierced with a different type of trellis.”

The historian then paid particular attention to the craftsmanship of the piece and the different artistic embossments it possessed. 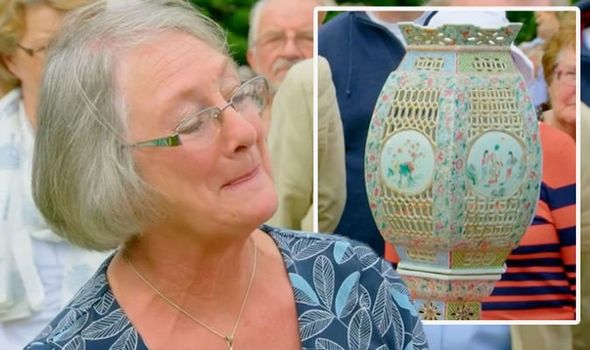 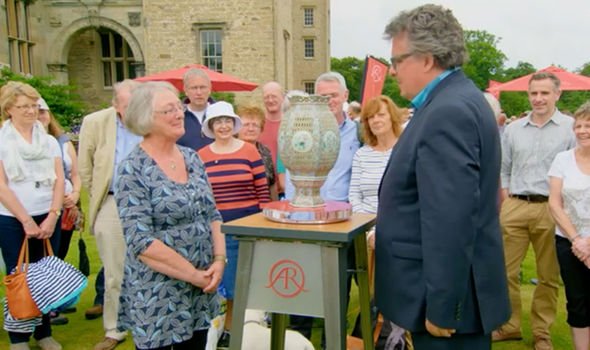 With the cameras circling the lamp, Lars explained: “Here you have a honeycomb trellis and in the centre, there’s a reserve with a lotus flower.

“And what I particularly like is this one where two handsome young maidens are accommodating this man here who is looking up and gazing at the moon.

“It’s a nighttime scene and in this case, the trellis is not honeycomb but it’s overlapping Chinese coins or cash.

“Now coins and cash, they denote wealth so as the candle flickers and burns and casts those shadows on the inside of the room, all that cage work is now appearing on [the walls].” 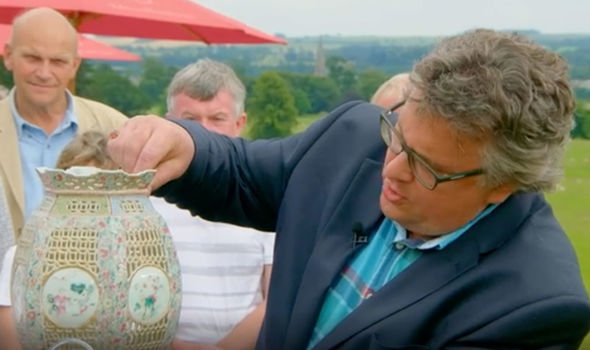 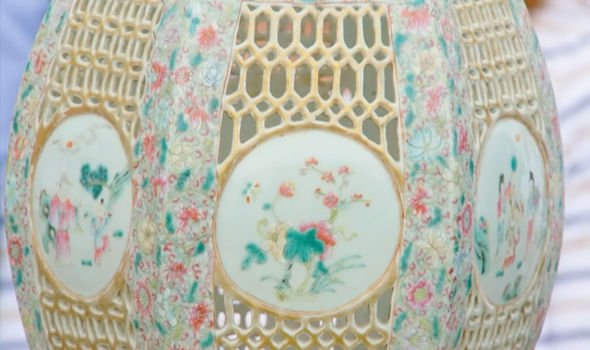 Lars continued: “Lovely and beautifully painted. Exquisite detail of flowers repeated on the foot. So often these lanterns have lost the foot.”

The expert then asked the guest if she had a second one as the lamps were often sold in pairs over a century ago.

Unfortunately, the relic owner explained her grandfather had never possessed two of the Chinese pieces of art.

Nevertheless, Lars added: “This one was made sometime between the late 18th century and the mid-19th century and although it is very much to European taste, it also appeals to Chinese taste.”

“You light it once a week so you must have it insured, for fire if nothing else,” the historian quipped as he geared up to reveal its value.

Unveiling the cost of the Chinese Lamp, Lars said: “I think to replace one of these, if you wanted to go out and buy another one, I think you’re looking at somewhere between £10,000 and £15,000.”

The guest was in complete shock and it took her a moment to realise the prominence and expense of that she owned.

Finally composing herself, the relic owner said of her reaction: “Never? Really? I thought it was about £500.”

“It’s a beautiful thing, yeah,” the expert added before the audience listening in gave the lamp a round of applause.

One of Lars’ most priceless finds during his 25-year stint on the show was when a woman presented him with three porcelain bowls which all fused together.

The expert thought this was a mistake when the bowls were made in the kiln but the guest explained her husband had retrieved the bowls from the ashes of Hiroshima shortly after the bomb, making the value of them unmountable.

Antiques Roadshow continues Sunday at 8pm on BBC One.