AN Antiques Roadshow guest was left overwhelmed as she revealed the emotional story behind her perfume bottle.

Sunday's episode of the BBC One show saw expert Judith Miller talking to a mother-daughter duo about a very special family heirloom. 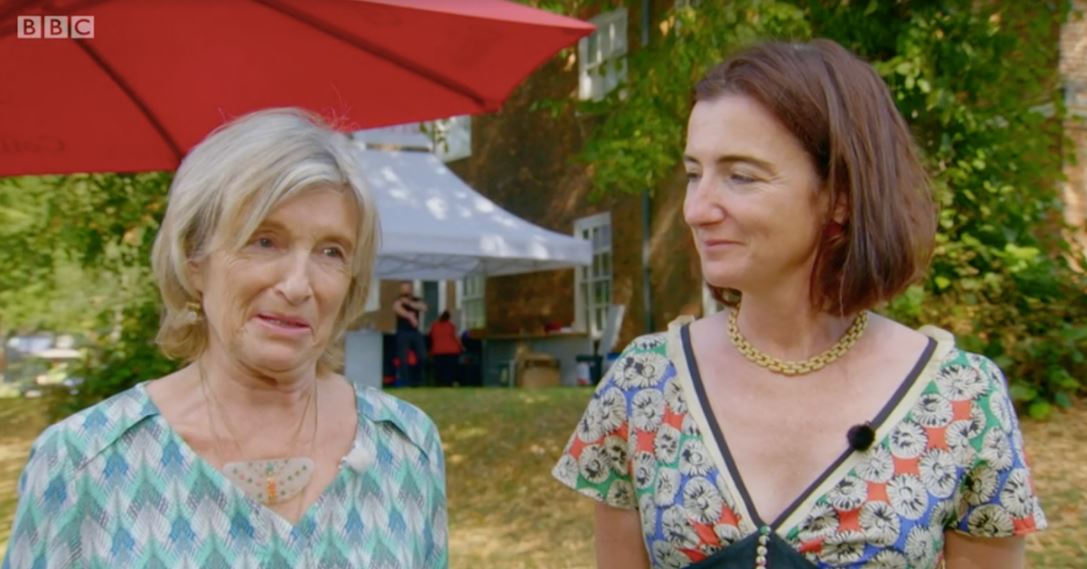 Judith asked the pair to explain how they got their hands on such a stunning piece.

"I got it a couple of years ago from my mum and dad for Christmas and apparently the story goes that my dad went shopping in London, 40/50 years ago and bought it!

"He loved it so much that he bought it for my mum," the daughter explained.

The antiques expert asked if the woman's husband remembered what he paid for it, to which she replied: "Well he couldn't really remember, but he thought it was about £600. 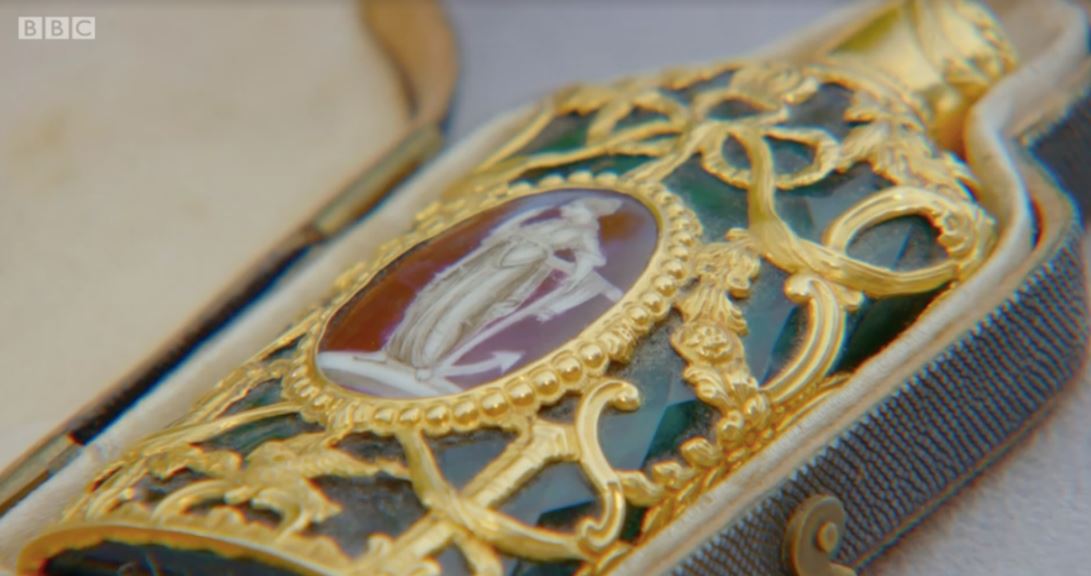 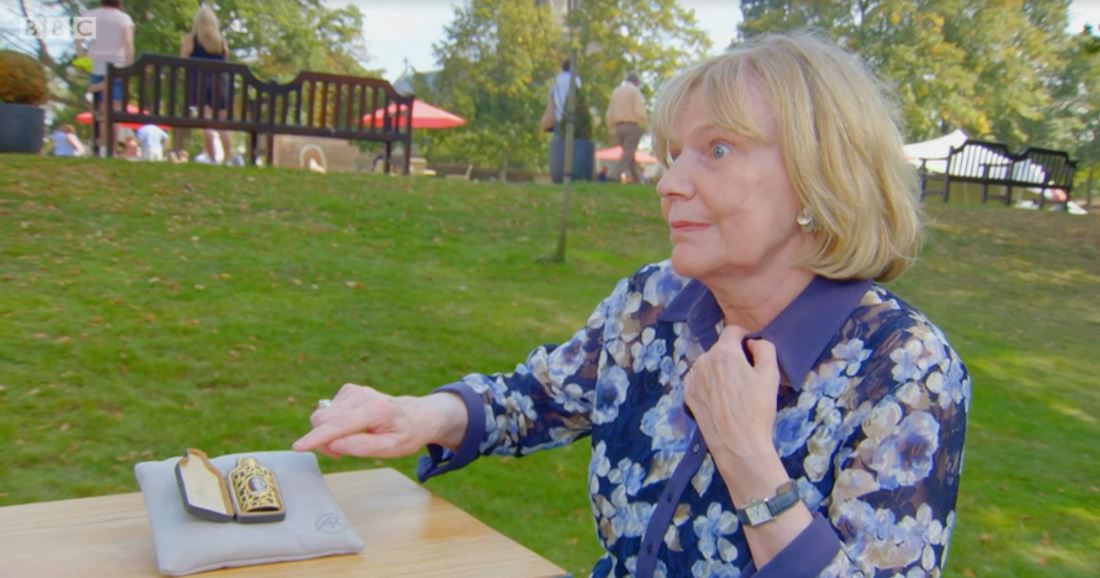 Judith was very impressed with what was laid out on the table in front of her and described the woman as a "very lucky lady".

She went onto explain what she knew about the glass scent bottle, which was laid with gold and a beautiful cameo in the middle.

The expert guessed that it was made around 1760 and said that it was possibly the work by famous engraver and porcelain decorator James Giles, who was "absolutely top of the tree". 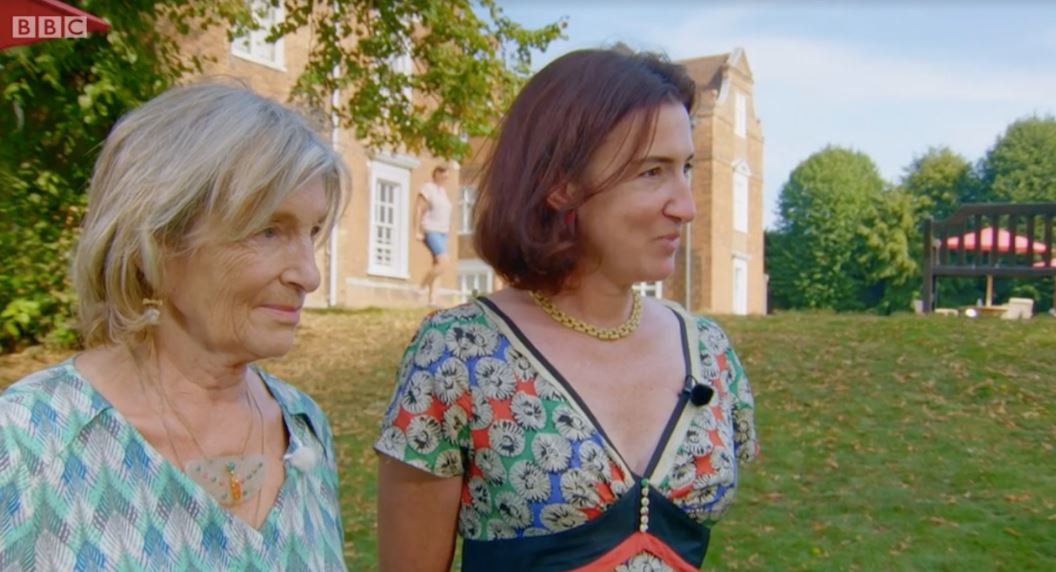 Judith went on to let them out of their misery and tell the two how much the perfume bottle was worth.

And the pair were lost for words.

She added: "If we could prove it was by James Giles, then it's double that and a bit more." 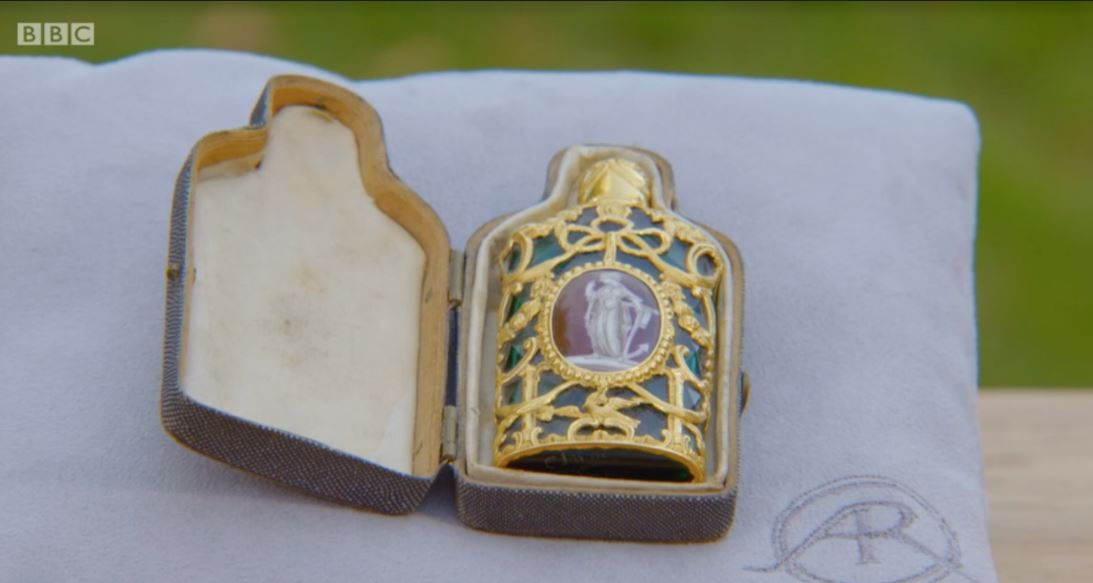 Judith joked: "Your mum might take it back now!"

It comes after a seller on the hit show was left stunned by the value of his incredibly rare pistols that he didn't pay a penny for.

Last night, a male guest wanted help from expert Robert Tilney to find out how much he would get for his vintage guns.

Despite the whopping offer, the man wasn't interested in taking the cash.

He told the camera: "I did have a very small collection of guns, which I have now sold over the years and I've just retained these as they were by far the nicest guns that I've ever owned.

"So I have them and I do intend on keeping them."

Antiques Roadshow airs on Sundays at 7pm on BBC One.