The Antiques Roadshow visited the V&A Dundee in Scotland for an episode of the BBC show in 2020 which will be repeated on Sunday evening. One guest brought in a large collection of items belonging to his father who was an SAS soldier during World War Two. But, the guest was amazed when expert Mark Smith revealed the collection was worth £8,000. Mark was thrilled to be valuing the items and learn about the backstory behind the soldier.

Military medal specialist Mark began by explaining people regularly come to him and say their father was in the SAS, but it often turns out not to be true.

However, he soon revealed it was a very different scenario for one Antiques Roadshow guest.

He began: “You said to me this morning ‘my dad was a soldier’ and then you started to get this stuff out and I got so excited because this man was in the SAS.”

“This is fantastic, so who is this gentleman in the photograph?” Mark asked. 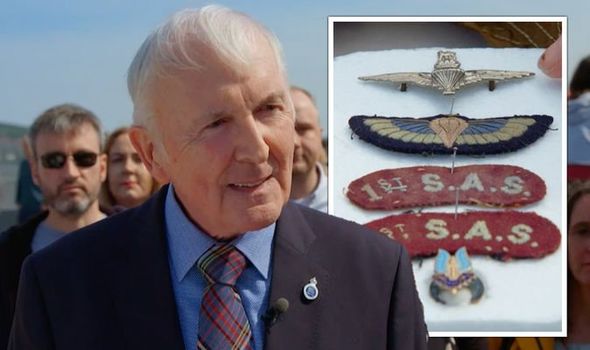 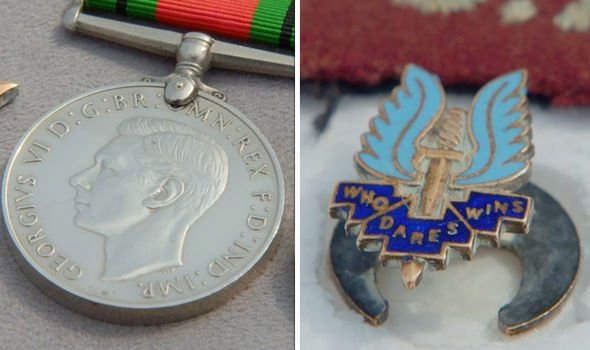 The guest replied: “My father David Cargill and this photograph shows him just before he was mobilised and sent to France with the BEF.”

Clearly fascinated to know more about the soldier, Mark said: “Now he’s in the territorial Army because we have a territorial medal here.

“He went to France and he starts off his war by coming off a beach somewhere called Dunkirk, because there’s the Dunkirk medal as well. What did he join then?”

“He joined the parachute regiment,” the guest revealed, adding: “Once he got his wings he immediately volunteered for SAS and was accepted.” 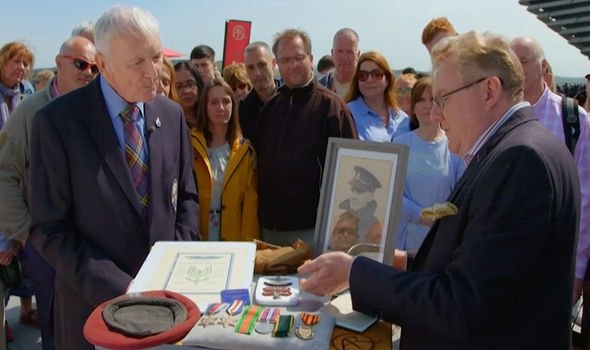 Mark commented: “That’s no mean feat. The SAS at that time is a very new organisation.

“It comes from the long range desert group which was out in the desert with Colonel Sterling and it turns into this incredibly formidable unit.

“You have his certificate of service, signed by no lesser person than Paddy Mayne who was the commanding officer of the SAS at that time and a name which people who know about World War Two will be so familiar with.

“But, there it is signed by the man himself,” the expert added.

Mark went on to inquire about a piece of parachute that also featured in the collection.

The guest explained: “Yes, he brought home a whole parachute, this is all that remains of it because the remainder served the family, because mum made pyjamas for everyone. I still have a pair!”

The next thing that caught Mark’s eye was the collection of badges and medals, as he said: “Now when you see these badges and things that you have here and you see SAS wings, usually they are fake.

“You have a king’s crown parachute regiment badge, even they today are hard to find and usually they are copied as well,” he explained. 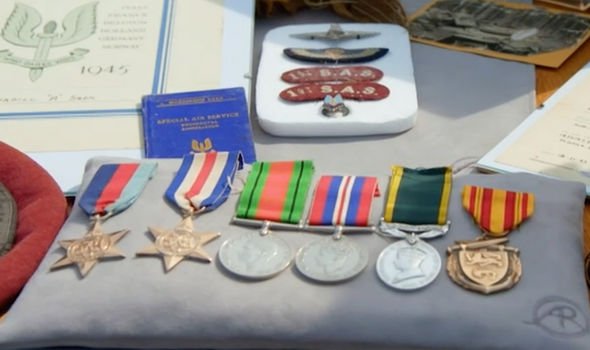 Mark continued: “You then have two of the shoulder titles for the first SAS, now I’m not certain that I’ve ever seen those before in the flesh to actually touch them, but there they are.

“You have his beret. You see even that little badge is faked all across the world really, but there again, there is a real one,” he remarked.

The pair went on to discuss a picture which showed the guest’s father driving an SAS jeep.

“Really it’s not often you get a photograph of someone actually in action. These just don’t come on the market so to actually be able to stand here and touch the real thing, ahh it’s fantastic,” Mark said.

Military expert Mark then gave his thought on the value of the items, saying: “So at this point if I was just valuing the medals for you and we had nothing else on the table I would say to you these medals are worth £200.”

“But I think you’re actually looking at somewhere close to £8,000,” he revealed.

The guest was wide eyed in shock and said: “Right. My father would be very surprised.”