Bachelor In Paradise: What’s Going On With Becca Kufrin And Thomas Jacobs? Season 7 of ABC’s “Bachelor in Paradise” premieres on August 16, and the summer show is already heating up with the addition of Becca Kufrin. Becca was confirmed as a cast member by ABC on August 9, nearly a year after she confirmed her broken engagement with Garrett Yrigoyen, whom she met on her season of the “Bachelorette.” People reported that Becca will not appear on the first episode of “Bachelor in Paradise” but will look to shake things up on the show in a few weeks.

One day after ABC’s announcement, the network also released an extended sneak peek of the upcoming season. In the preview, 23 Bachelor Nation favorites arrive on the beach in Mexico, hoping to find another chance at love. Fans get a peek at the potential pairings this season, including Serena Pitt and Joe Amabile, Demi Burnett and Kenny Braasch, and Jessenia Cruz and Ivan Hall. But one of the major storylines everyone will be focused on is a potential romance brewing between Becca and Thomas Jacobs, who appeared on Season 17 of the “Bachelorette.”

So, what exactly is going on between Becca and Thomas?

Becca Kufrin and Thomas Jacobs might have found summer love 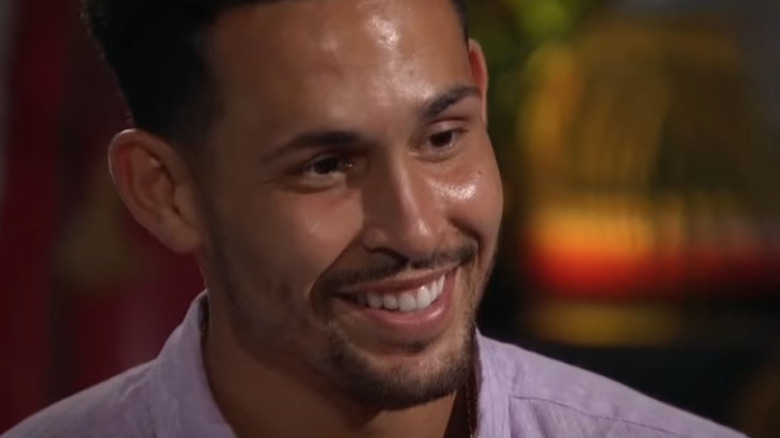 In the sneak peek of what viewers can expect when cast members touch down in Mexico on Season 7 of “Bachelor in Paradise,” Becca Kufrin and Thomas Jacobs could be seen connecting on a date. “I can’t stop smiling,” Becca says in the clip, causing Bachelor Nation fans to freak out over the potentially new couple. Becca’s third chance at love comes after two broken engagements and Thomas getting eliminated on “The Bachelorette.” However, Thomas also has to deal with Aaron Clancy being a problem as they both are seen meeting on the beach, with the former saying he deserves “some respect,” according to People.

While fans will have to watch the show to see how Becca and Thomas’ relationship progresses, it has been reported that the two do end up together on the show. On June 29, Reality Steve claimed that Becca and Thomas got together near the end of “Bachelor in Paradise.” However, Becca reportedly broke things off with him and left the show single again. “Becca was heavily involved with our boy Thomas for the last half of ‘BIP,’ but, ultimately decided to end things with him and leave single,” the blogger wrote.

Could Becca’s decision to end her relationship with Thomas have to do with the failure of her previous relationships on the “Bachelor” franchise?

Becca Kufrin has had bad luck with Bachelor romances 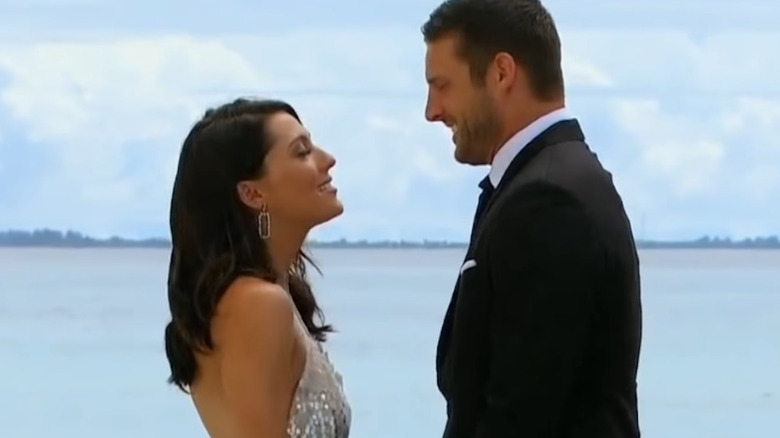 Becca Kufrin has had quite the run on “The Bachelor” franchise. She got engaged to Arie Luyendyk Jr. on Season 22 of “The Bachelor,” per Variety, but he dumped her for runner-up Lauren Burnham two months after the show. The dramatic moment was captured on camera, and Becca was exasperated by Arie’s betrayal. “I feel like my future was ripped away,” Becca told Arie after he broke up with her in person (via Glamour). “Obviously, I want you to be happy, and it’s not me, but…I can’t imagine my life without you. Oh my God!”

Eventually, Becca moved on and became the lead of “The Bachelorette” in Season 14. She got engaged to Garrett Yrigoyen. But again, their love did not last, and they broke up in 2020, according to E! News, which cited their differing lifestyles as a reason they split.

While it remains to be seen if Reality Steve’s scoop about Becca’s singledom at the end of this season’s “Bachelor in Paradise” is true, there still should be plenty of entertainment seeing how her relationship with Thomas Jacobs unfolds.