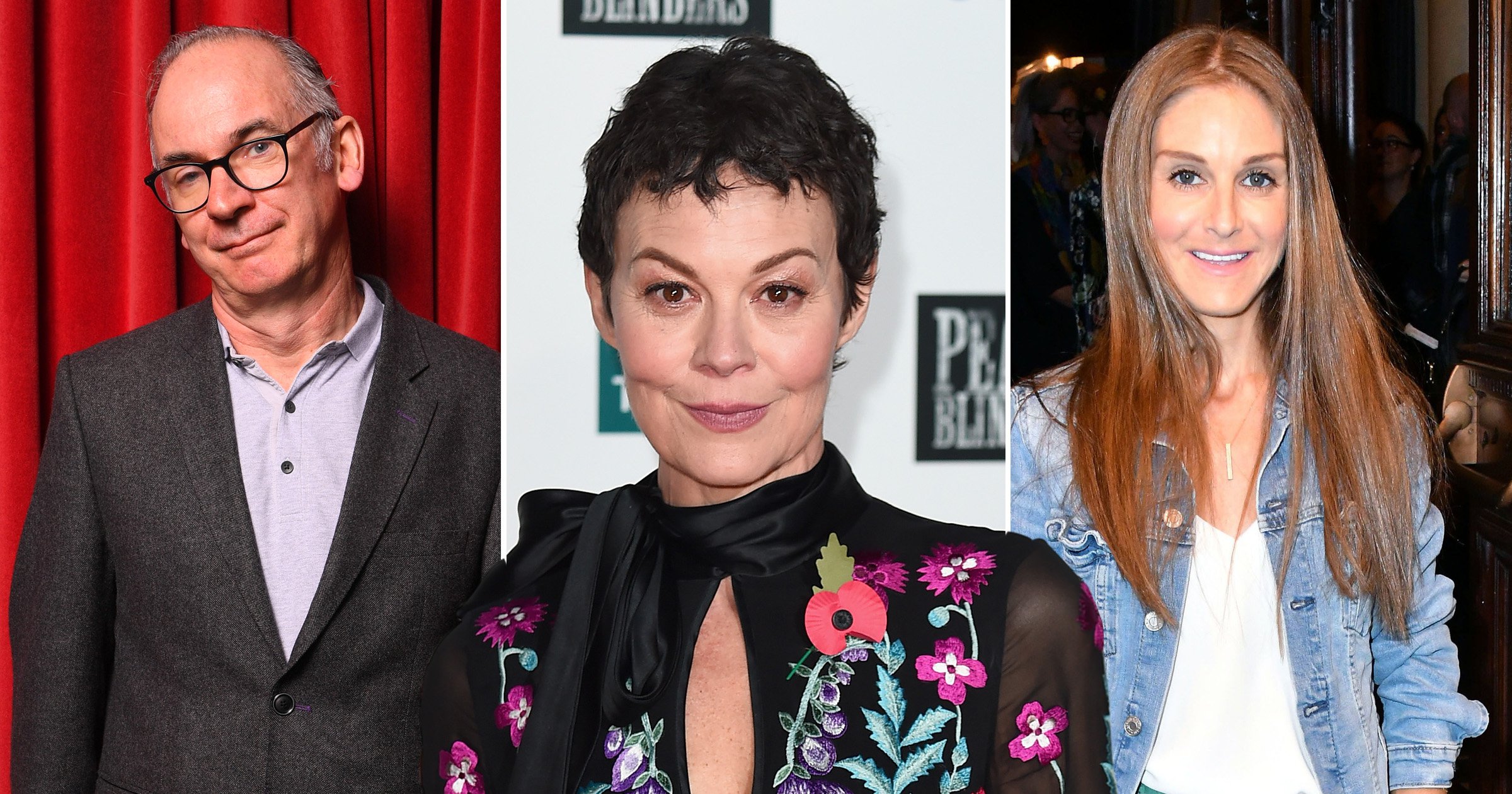 The Bafta TV Awards 2021 tonight paid homage to TV stars who have died over the past year, honouring individuals including Paul Ritter, Helen McCrory and Nikki Grahame.

During the Bafta TV Awards ceremony, which is being hosted for a second consecutive year by Richard Ayoade, talented stars from shows including I May Destroy You, Normal People and Small Axe have been celebrated for their accomplishments on screen.

While looking back over the past 12 months, the show’s in memoriam segment paid tribute to actors, newsreaders, comedians and directors who have died.

In April this year, it was announced that Friday Night Dinner star Paul had died at the age of 54 from a brain tumour.

In a statement, the actor’s rep said that he ‘died peacefully at home with his wife Polly and sons Frank and Noah by his side’.

That same month, Damian Lewis released a statement on social media announcing that his wife, Peaky Blinders star Helen, had died at the age of 52 after a private battle with cancer.

‘I’m heartbroken to announce that after a heroic battle with cancer, the beautiful and mighty woman that is Helen McCrory has died peacefully at home, surrounded by a wave of love from friends and family,’ he wrote.

‘She died as she lived. Fearlessly. God we love her and know how lucky we are to have had her in our lives.’

Late reality star Nikki, who appeared on Big Brother in 2006 and died aged 38 in April, was also honoured in the Bafta TV Awards montage.

Prior to her death, tens of thousands of pounds was raised for her to be treated at a specialist facility for anorexia after her friends set up a donations page.

Other stars featured in the in memoriam segment included Dame Diana Rigg, who starred in Game of Thrones, Top Gear presenter Sabine Schmitz and Bobby Ball, one half of the comedy double act Cannon and Ball.

Here is the full list of individuals honoured in the Bafta TV Awards 2021 in memoriam tribute:

A Friday Night Dinner special recently aired celebrating the 10th anniversary of the show’s first episode, featuring an interview with the late Paul.

His co-star, Tamsin Greig, paid homage to him in the introduction for the documentary, explaining that she tried to convince him not to take part as he was unwell at the time.

‘We all miss him terribly, an incredible actor, a true friend and a lovely human being. Sadly at the time of making the documentary, Paul was pretty unwell and to be honest – and don’t tell the producers this – but I did try and persuade him not to do the interview,’ she said.

‘But it is testament to Paul’s courage and generosity and dignity and complete lack of vanity that he wanted to participate in the documentary, to do an interview, and to really celebrate this little world that he’s been a part of and that he’s enjoyed so much over the years.’

The Bafta TV Awards is on BBC One and will be available to watch on BBC iPlayer.

For more stories like this, check our entertainment page.

Follow Metro.co.uk Entertainment on Twitter and Facebook for the latest celeb and entertainment updates. You can now also get Metro.co.uk articles sent straight to your device. Sign up for our daily push alerts here.