Both Marc and Peter had a bad week on the Great British Bake Off as the contestants battled it out for a spot in the semi-finals. The pair failed to impress Paul Hollywood and Prue Leith but was Marc who went sent home as fans flocked to Twitter to express their frustration at seeing him miss out on the semi-finals.

One said: Poor Marc had one foot in the final! But after that showstopper disaster, he didn’t have a leg to stand on #GBBO.”

Another wrote: “MARC you were bloody amazing!!! I am absolutely GUTTED to see you go .”

“Third week in a row with a wrong decision in my opinion. Peter should’ve gone instead of Marc. Peter is so great but his cheesecakes were sunk and terrible and his showstopper wasn’t good either. Even though Marc’s showstopper sucked, overall I’d say he was better,” another added.

Read more: Bake Off 2020: How many episodes are in The Great British Bake Off? 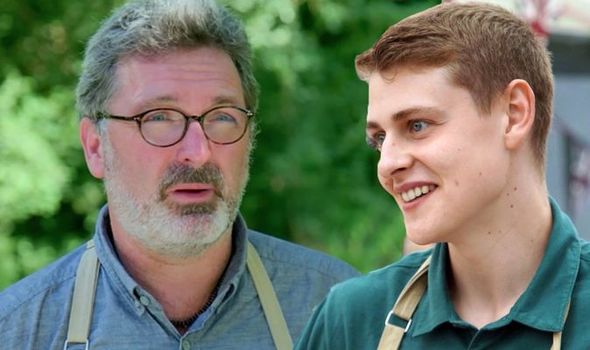 Someone else shared: Marc probably the loveliest man on the planet. (WHY IS LAURA STILL B****Y THERE?!).

“Can’t understand why she’s been given so many second chances to get to this point,” a fan replied.