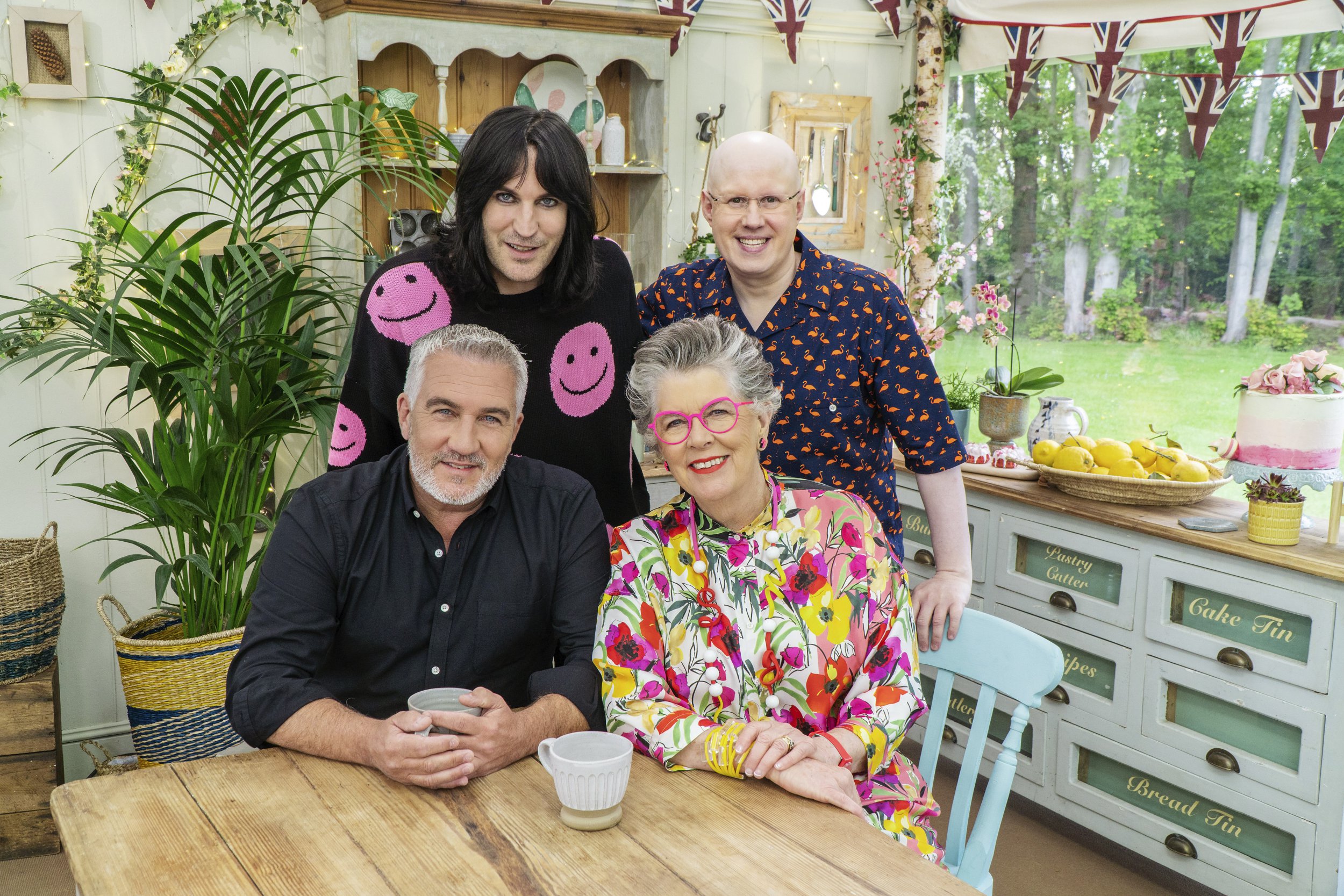 The broadcaster has faced issues with its output over the last three days, following a fire at its playout centre and sadly the latest chapter of the baking show was impacted for many fans.

During the episode, which eventually saw Jairzeno eliminated, viewers complained they were struggling to hear Noel and Matt’s voiceover commentary.

‘What’s going on with the sound on #BakeOff?’ asked one. ‘I can’t hear the voice over. It’s too muffled to hear anything Noel and Matt are saying.’

‘Glad to see other people think the sound is all over the place tonight. I wasn’t sure if it was me or Noel was doing the voiceover from the bottom of a biscuit barrel,’ added another.

A third complained: ‘Your sound mixing is completely out. Can barely hear Noel or Matt’s narration.’

#GBBO glad to see other people think the sound is all over the place tonight. I wasnât sure if it was me or Noel was doing the voiceover from the bottom of a biscuit barrel

Anyone else noticing the sound mixing, especially the voice overs is weird with #gbbo #bakeoff or is it my post covid hearing?

Whatâs going on with the sound on #BakeOff ? I canât hear the voice over. Itâs too muffled to hear anything Noel and Matt are saying. @Channnel4

Sound on tonight’s #BakeOff is all over the place. I can hardly hear @noelfielding11 and his voiceover, it’s muffled.

Not your normal standard #GBBO @Channel4

@BritishBakeOff your sound mixing is completely out. Can barely hear Noel or Mattâs narration.

@Channel4 what’s going on with the sound on @BritishBakeOff ? The voice over parts sound really strange #BakeOff #GBBO #GreatBritishBakeOff pic.twitter.com/ouTQW5cIDr

Channel 4 announced that it was still having problems two hours before Bake Off aired.

‘Sadly, we’re still experiencing some tech issues which means some viewers may have problems watching our channels or access services,’ a spokesperson said on Twitter.

‘Sorry for the ongoing disruption – we’ll let you know here as and when we have updates.’

On Saturday Channel 4 and More4 went off air, with Channel 5 also hit with technical issues.

Red Bee Media, which handles playout services for Channel 4 and Channel 5, said the disruption was due to an ‘activation of the fire suppression systems’ on Saturday evening.

A spokesperson said: ‘We confirm that all staff at our Broadcast Centre in west London were safely evacuated following activation of the fire suppression systems.

‘As a result of this incident and the automatic safety measures set in motion at the time, several services originating from the Broadcast Centre have been disrupted.

‘London Fire Brigade attended the scene, and once they had determined that the building is safe, people were allowed to return to the building.

‘We are continuing to work to restore all services and remedy any issues caused by this incident.’

Great British Bake Off airs Tuesdays at 8pm on Channel 4.