Warning: This post contains spoilers from Sunday’s episode of Batwoman. Read at your own risk.

Batwoman has enlisted someone new to portray Kate Kane. TVLine has learned that Krypton and The Royals alum Wallis Day will take over the role from Ruby Rose, who departed the CW series at the end of last season. 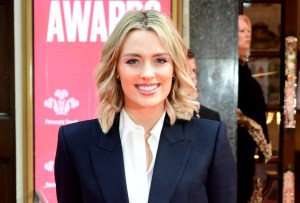 Season 2 centers on the rise of Ryan Wilder (played by Javicia Leslie) as the new Batwoman in the wake of Kate’s mysterious disappearance following a nasty plane crash in Gotham. Kate finally resurfaced in Sunday’s episode, appearing virtually unrecognizable under heavy bandages while being held captive by Safiyah.

“Wallis Day is going to be playing our altered version of Kate Kane, and she’s an amazing actress,” showrunner Caroline Dries tells TVLine. “I’m excited for you guys to see the journey that she endures.”

Although it was revealed that Kate is still very much alive — albeit badly burned — everyone else believes her to be dead, since body parts matching her DNA have been recovered. The second half of Season 2 will get to the heart of where she has been all this time and what that means for her character moving forward.

TV Roles That Were Recast (and Why)

Want scoop on Batwoman, or for any other show? Email [email protected] and your question may be answered via Matt’s Inside Line.