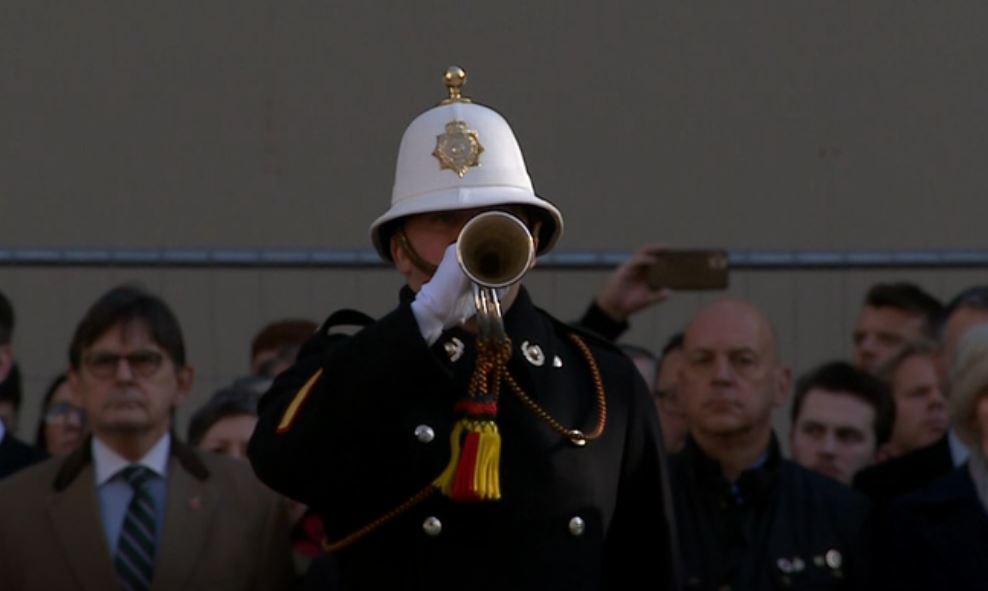 BBC News has been hit with complaints over its two-minute silence on Remembrance Day after interrupting The Last Post.

Played on the bugle, the classical song has long been performed in remembrance services across the world, however on November 11 it served as a backing track on BBC One as a presenter spoke over the top to give an oral history explaining why the country pays its respects.

Many viewers, however, slammed the decision to allow the journalist to talk over the music, branding the move ‘disrespectful’ and ‘appalling’.

‘Just tuned-in to watch the Cenotaph remembrance. The iconic Last Post central to the service, completely ruined for the viewer, by the damned female correspondent who chose its entirety, to blabber pointlessly,’ slammed one. ‘Disrespectful, ungrateful and rude.’

Echoing a similar sentiment, another scorned: ‘Show some [email protected]

‘If you want to tell the nation why we remember on this day, then start your programme a minute earlier, don’t talk over the last post in the lead up to the 2 minutes silence.’ (sic)

The corporation revealed that audiences had hit out at its output on November 11, however stressed that silence was observed across all of its broadcasts.

‘We note that some viewers were disappointed with our coverage of the “Two Minute Silence” for Remembrance Day,’ a spokesperson said.

‘The two-minute silence at 11am was observed across all BBC broadcasts. The presenter welcomed viewers joining on BBC One for the silence. This meant that we were not able to broadcast the Last Post in full on this occasion.’

You silly stupid empty headed womanâ¦[email protected] I have just watched the two minutes silence on the BBC. Throughout the playing of the “last post” the female commentator talked non stop. The last post always brings a little tear. To remember fallen comrades. Disrespect

@BBC Just tuned-in to watch the Cenotaph remembrance. The iconic âLast Postâ, central to the service, completely ruined for the viewer, by the damned female correspondent who chose its entirety, to blabber pointlessly. Disrespectful, ungrateful and rude.

The @BBC coverage of the 11th Hour of the 11th Day of the 11th Month was absolutely appalling. It did not cover any of the formal commemorations beyond cycling through a number of locations from around ð¬ð§ for 10 seconds and taking over the last post! #RemembranceDay #DefundTheBBC

Why did BBC reporters talk incessantly over the playing of The Last Post? So disrespectful ð #bbcnews

Show some respect!!! @BBC If If you want to tell the nation why we remember on this day, then start your programme a minute earlier, don’t talk over the last post in the lead up to the 2 minutes silence. ð¡ð¡ð¡

#TwoMinuteSilence Canât the BBC get anything right? Talking over The Last Post to give us a history lesson. Quite appalling.

‘We always aim to be sensitive and respectful in our coverage,’ they added.

The Last Post was traditionally used by the British army to mark the end of the day in a military camp. During conflict, it was used to signal the end of fighting.

In present day, it forms a part of Reembrace Sunday services at the Cenotaph in London, across the UK and the Commonwealth.