After reading out the headlines, Sally revealed she had a slight unrelated story she wanted to share concerning Strictly Come Dancing.

She began: “Finally, this is kind of a sports story well it’s talking about my sports colleague.”

“Oh, the Bushell,” Dan remarked before Sally revealed Mike has taken to Twitter to showcase his first day in training.

“Mike, how much do we love Mike? Obviously everybody knows it’s been confirmed he’s in Strictly Come Dancing,” Sally said.

“Take a look this, he’s already training, he tweeted this image yesterday.”

As an image of Mike with his Strictly co-stars was displayed, Sally explained he uploaded a second more surprising picture later that day.

“Look at what they all did, they went to the gym,” Sally explained.

“With Mike lifting a bar bell, quite impressed by that.”

“He’s fully into it already, look at him,” Dan remarked. 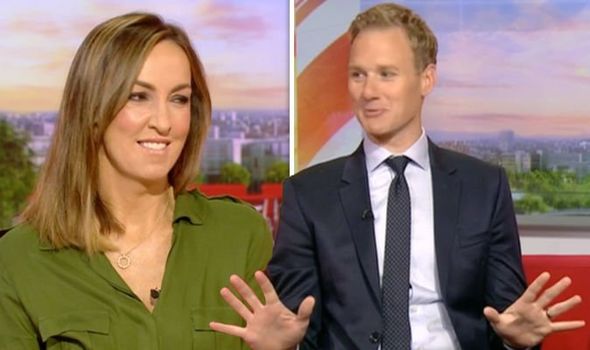 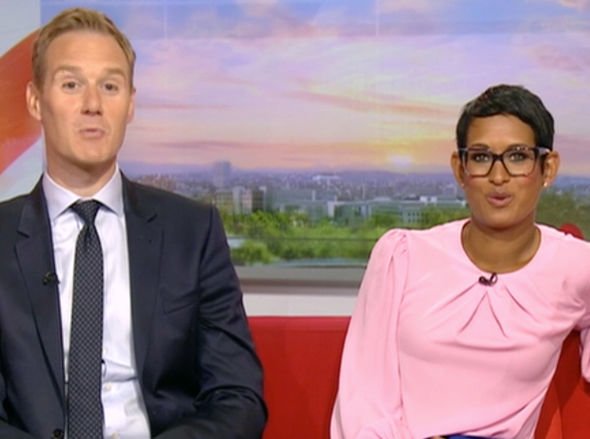 “I looked at his Twitter feed yesterday, everything is Strictly, he’s already in the Strictly bubble,” he added.

“Can you imagine the sequins and the spray tans?” Sally asked before Naga commented: “He’s going to be brilliant.”

Sally added: “We’ve got to do a trip to Blackpool, I’ve told him he’s got to get to Blackpool because we all want to go.”

“One thing you can say about Mike, he never does things by halves,” Naga said.

Noticing Dan had been quieter than usual, Naga quipped: “Just the bias is obvious…”

Revealing his loyalties on Strictly are tied, Dan said: “I’ve also got to support Alex Scott with a sports hat on as well.”

Carol explained there was a possibility of a wet weekend which left some of the studio guests unimpressed and according to Naga “heckled” in response.

BBC Breakfast airs everyday at 6am on BBC One.