On this morning’s instalment of BBC Breakfast, Louise was wearing a bright yellow suit.

It wasn’t only Louise who had gone for a sunny look as Carol Kirkwood donned a yellow coat.

One news item also saw the BBC show air footage of Donald and Melania Trump, with the First Lady of the United States also stepping out in a yellow dress.

Not only that, Louise and Dan went on to interview Charlie Weller, Head of Vaccines at Wellcome Trust, who was dressed in a yellow top.

After the chat concluded, Dan noted: “There’s definitely some sort of yellow memo going round.”

Louise replied: “It’s very strange. Because there is Melania Trump, my guest there and then there’s Carol Kirkwood. What is going on?

“I can’t explain what’s going on with the yellow, Carol. We’re dressed in exactly the same colour which is unusual, but it’s lovely.”

As the shot panned out, Dan chuckled as he pointed out the wheelbarrow in the shot was also yellow. 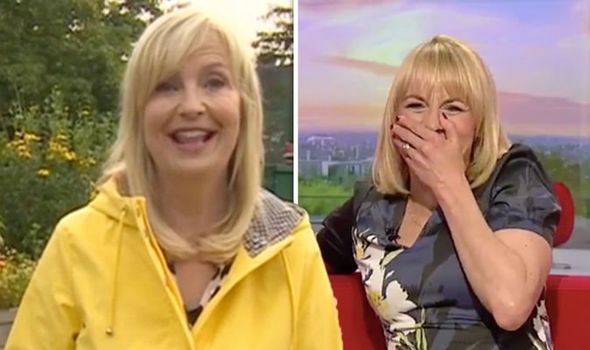 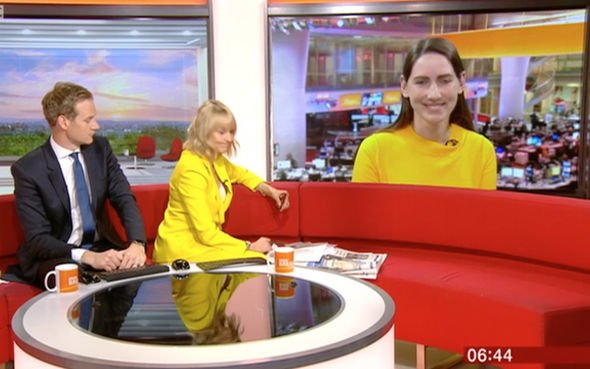 Carol was at Springhallow school in west London as they had won an award for School Gardening Team of the Year from the Royal Horticultural Society.

She met with Jess, a therapy dog, who was also sporting a yellow neckerchief.

Dan remarked on the unusual coincidence on his Twitter page where he also shared that there was more yellow going on behind the scenes.

Sharing a picture of Louise and the show’s floor manager who was wearing a yellow cardigan, he wrote: “It’s catching. Floor-manager Tracey is getting involved too #YellowWednesday.”

He also turned to the social media site to ask: “Anyone got a yellow tie? #BBCBreakfast.” 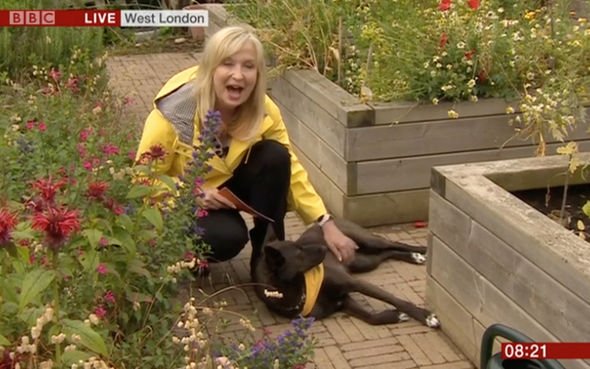 “Even the Therapy Dog got the Memo,” one wrote.

Another exclaimed: “Yellow attire certainly brightens up our day! #BBCBreakfast.”