Before Netflix, Hollywood Studios Banned Most On-Screen Smoking Years Ago

Over the weekend, Netflix drew attention — and some ire — with an announcement that the streaming giant has pledged to eliminate smoking in all TV programming rated TV-14 and below or PG-13 and under for movies after a new report found that its depictions of smoking tripled last year.

“Netflix strongly supports artistic expression. We also recognize that smoking is harmful and when portrayed positively on screen can adversely influence young people,” a Netflix spokesperson said in a statement. “Going forward, all new projects that we commission with ratings of TV-14 or below for series or PG-13 or below for films, will be smoking and e-cigarette free — except for reasons of historical or factual accuracy.”

While it’s a big — if somewhat controversial, considering the reaction of some subscribers online — step for Netflix, it’s hardly unique or even that progressive. Over a decade ago, the Hollywood studios began rolling out their own anti-smoking policies under pressure from the MPAA ratings board (which was, in turn, under pressure from various anti-smoking groups to include smoking as part of its ratings determination).

As the University of California at San Francisco’s Center for Tobacco Control Research and Education reports, by 2013, all six of the major outfits had put into place their own policies that mirror Netflix’s recent announcement, all focused on “youth-rated films” (any film rated under an R). Still, each studio — like Netflix, it seems — has leaned on “creative” reasons or pushes for historical accuracy to keep smoking in some projects.

As UCSF adds, “despite adoption of company policies, tobacco has persisted in youth-rated films at dangerous levels.” All studios define their own policies in similar terms, but there is at least one hard and fast rule for all: none of them engage in tobacco product placement or tie-ins on any film, regardless of rating.

Smoking may be “banned,” but it’s hardly gone. Here’s how each studio explains their own policy.

Dated January 1, 2013 — and readily available on the studio’s website — Paramount’s “Smoking and Tobacco Depiction Policy” was put into place as the studio “recognizes the serious health risks that accompany tobacco use.”

The studio “discourages the depiction of smoking or tobacco in youth-rated films,” though that edict does contain a big loophole: “Paramount will communicate this policy to its filmmakers, but also will take into account the creative vision of the filmmakers recognizing that there may be situations where a filmmaker believes that the depiction of smoking or tobacco is important to a film.”

Over at Sony, the studio includes its policy in a general FAQ section and was last updated on December 1, 2012. Per the studio’s own language, it “is committed to reducing depictions of tobacco use in the films produced by the company or any wholly-owned film division. SPE has adopted a standard protocol to identify, and where appropriate and feasible, eliminate portrayals of tobacco use.”

Like Paramount, Sony evokes the “compelling creative justification” rule for including smoking in its “youth-rated films,” which may include “factors such as historical accuracy or an important tie to the creative context of the project and vision of the filmmaker.” One pickle for Sony: what to do about films they acquire after production. The studio notes that, in such cases, it “will discourage depictions of tobacco use where reasonable and practical.” 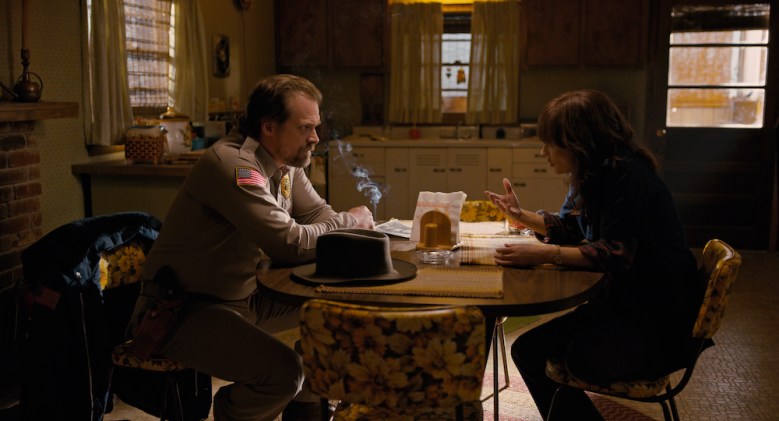 Last updated in April of 2006, Universal’s own posted policy “presumes that no smoking incidents should appear in any youth-rated film produced by Universal Pictures or any wholly-owned Universal Studios film label and released in the United States.”

The studio offers its own loophole, of course, noting that “this presumption can be rebutted with respect to a given smoking incident based on the importance of the incident to the film, from a factual or creative standpoint, and/or the difficulty in removing it from the film. … Smoking incidents may be permitted in a youth-rated film only when there is a substantial reason for doing so.”

The family-centric studio has long been famous for its own tight constraints on movie content aimed at kids — “Pete’s Dragon” director David Lowery infamously listed the big three no-go’s as “beheadings, impalement, and smoking” — so it’s little surprise that the studio’s tobacco policy is one of the most detailed in the studio system.

And yet even it makes space for instances of historical accuracy. Per its latest iteration from 2015, the Disney policy holds that it will “not to depict cigarette smoking in movies produced by it after 2015 (2007 in the case of Disney branded movies) and distributed under the Disney, Pixar, Marvel or Lucasfilm labels, that are rated G, PG or PG-13, except for scenes that: depict a historical figure who may have smoked at the time of his or her life; or portray cigarette smoking in an unfavorable light or emphasize the negative consequences of smoking.”

With the recent acquisition of Fox, that policy is already proven to be complicated, as Walt Disney Studios Chairman Alan Horn has reportedly been cagey about Steven Spielberg’s “West Side Story” including depictions of its teen stars smoking. Perhaps Spielberg will opt to have lung cancer kill Tony instead?

Warner Bros. was the first major studio to adopt a tobacco policy back in July 2005; it’s one that was most recently updated in October 2018 and is available on the studio’s website. Per its policy, WB and its related entities “endeavor to reduce or eliminate depictions of smoking and tobacco products/brands in any theatrical feature film” that is expected to earn any rating under R.

While all smoking policies hinge on “youth-rated films,” WB also offers a policy on its R-rated films, which similarly entails an “endeavor to reduce or eliminate depictions of smoking and tobacco products/brands in any theatrical feature film produced and distributed in the United States that is expected to be rated ‘R,’ unless there are compelling creative reasons for such depictions.”