The 22-year-old supermodel took to Instagram to show off her incredible figure in the edgy leather co-ord, which she teamed with stockings, a hooded long leather jacket, heels and sunglasses. 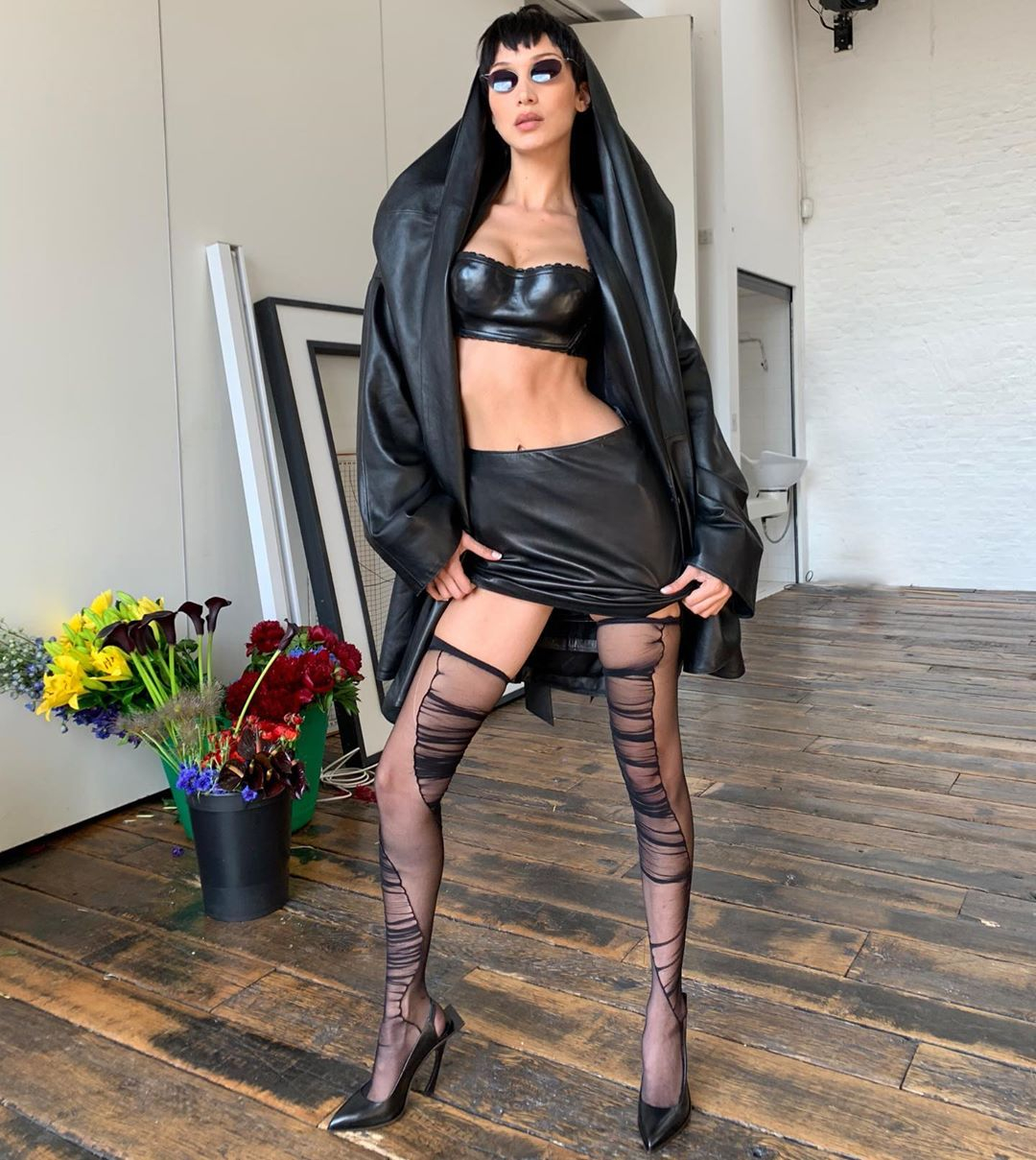 "Send me to the future," she captioned the snap.

Meanwhile some of her fans jokingly commented that her long-term boyfriend The Weeknd, real name Abel Tesafaye, 29, would no doubt be a fan of her new sultry look.

One wrote: "Abel is gonna ask for this to be delivered home." 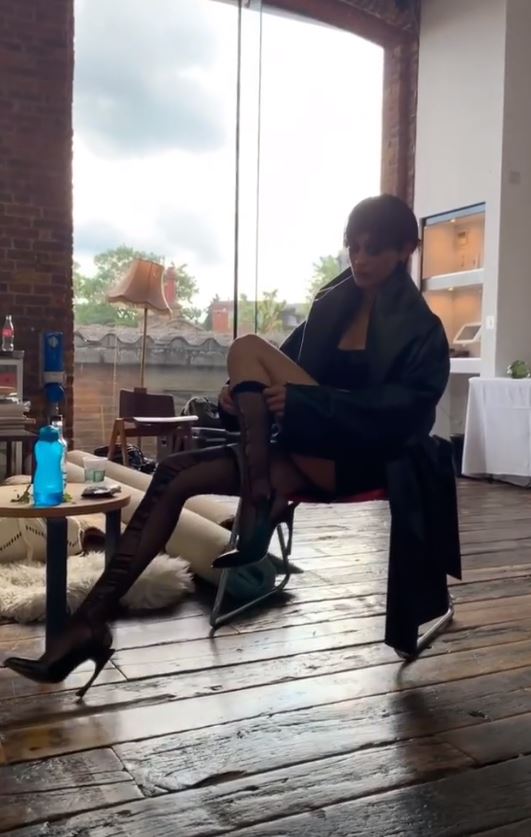 While another commented: "Dayuuuum u killing it."

The model is currently in London working and took to Instagram yesterday to give fans a behind the scenes glimpse as she drove through Camden Town and continued to show off her edgy leather outfit.

Meanwhile, Bella's involvement in an advert for Calvin Klein came under fire recently, after the company were accused of "queer bating".

The fashion brand released a commercial for their latest My Calvins campaign, which captures Bella kissing a female CGI robot named Lil Miquela. 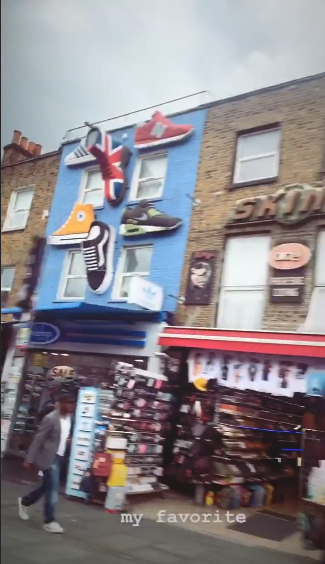 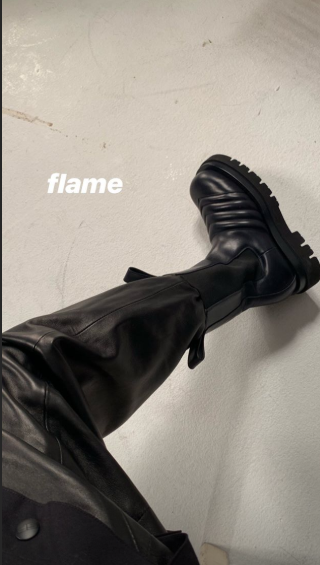 In the background, the voice-over says: "Life is about opening doors.
"Creating new dreams you never knew could exist."

But social media users were not impressed with the ad, and blasted it as "queer baiting", which is when homoerotic scenes are used to attract "liberal and queer viewers", although the same sex couple will not end up together, according to Urban Dictionary.

Fans believe the company should have used real life LGBTQ models to represent them instead of a fictional being.

One tweeted: "There are plenty of real LGBTQ Models that could have been used."

Another commented: "'Life is about' what? This is a total queer bait."

The company took to Twitter to back track, saying in a statement: "The concept for our latest #MYCALVINS campaign is to promote freedom of expression for a wide range of identities, including a spectrum of gender and sexual identities.

"This specific campaign was created to challenge conventional norms and stereotypes in advertising. 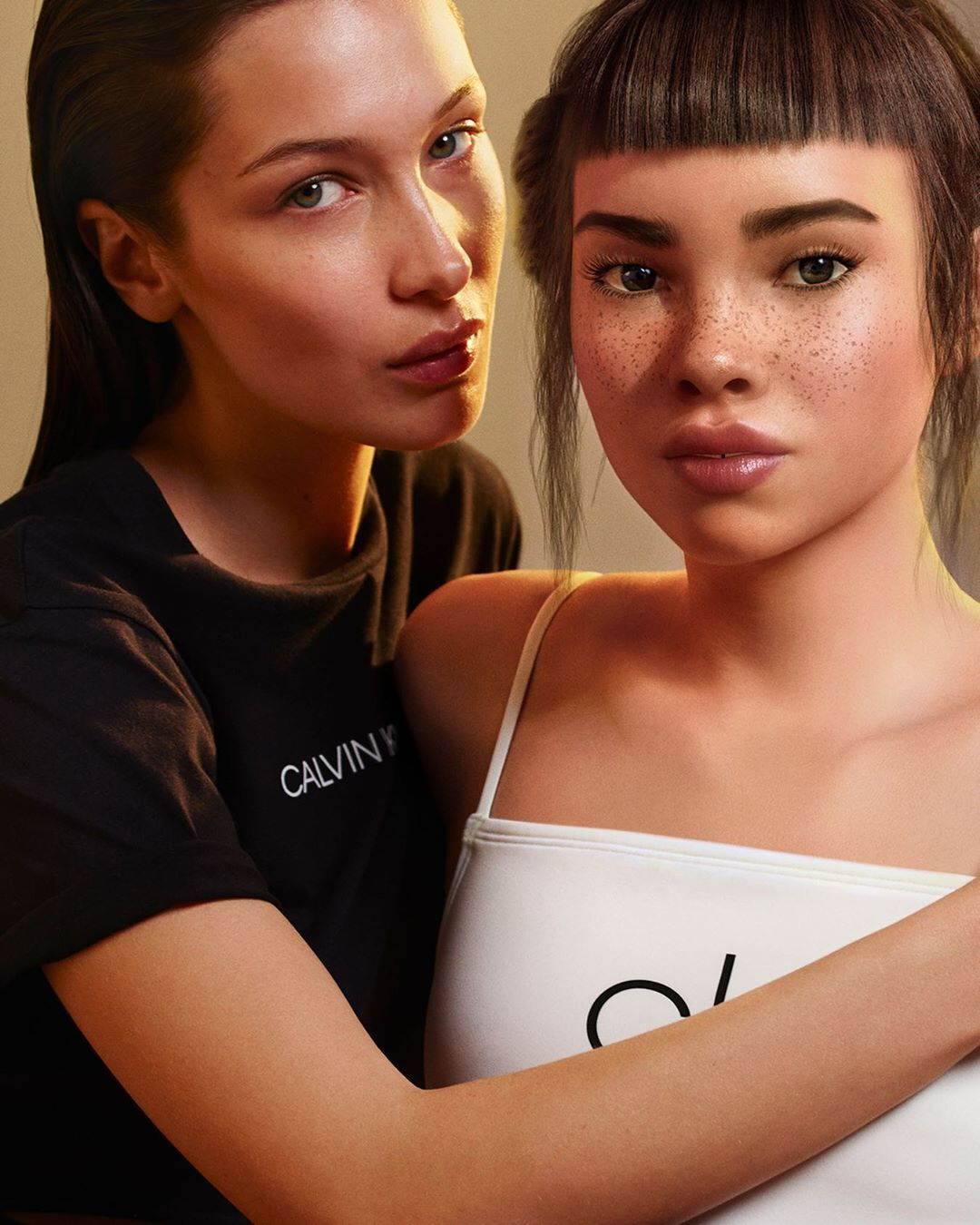 "In this particular video, we explored the blurred lines between reality and imagination.

"We understand and acknowledge how featuring someone who identifies as heterosexual in a same-sex kiss could be perceived as queer-baiting."

They continued: "As a company with a longstanding tradition of advocating for LGTBQ+ rights, it was certainly not our intention to misrepresent the LGTBQ+ community.

"We sincerely regret any offence we caused." 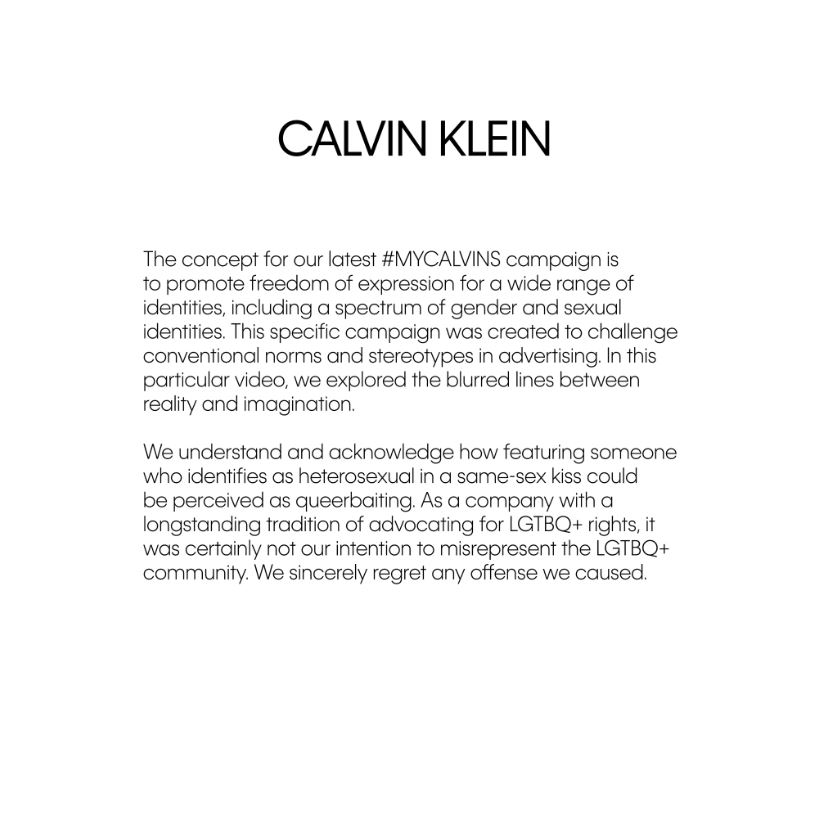 Bella confirmed that she had rekindled with The Weeknd in October last year, after a lengthy split that saw them both date other people.

She wrote on Instagram: "I know I’m a lil late but I’m still in shock thinking about my birthday this year.

"I’ve never felt so much love & happiness. Thank u to my baby, my beautiful family and friends for making this surprise so special.

"This was the best day ever( EVER) .. thank you to everyone for the birthday wishes. I feel so lucky, I can’t believe it."

Bella and The Weeknd began dating in early 2015 but took a break in December of that same year, spending the holidays apart.

They got back together soon after and made their red carpet debut as a couple in February 2016 at the Grammy Awards.

They split again in November 2016, and The Weeknd then went on to date Selena Gomez –  whose phenomenal figure he praises in his track Starboy.