EXCLUSIVE: BET Studios has teamed with Rich Paul and Klutch Sports Group on Klutch Academy, its first original unscripted series, from Kenya Barris and Mike Tollin and Jon Weinbach, the creative team behind the award-winning docuseries The Last Dance.

The five-part unscripted series follows Klutch Sports Group—led by CEO Rich Paul— as they prepare six college basketball prospects for pro careers. These talented athletes possess the potential to be stars in the league but will need to work through areas of improvement on and off the court to achieve success and one day reach superstardom. 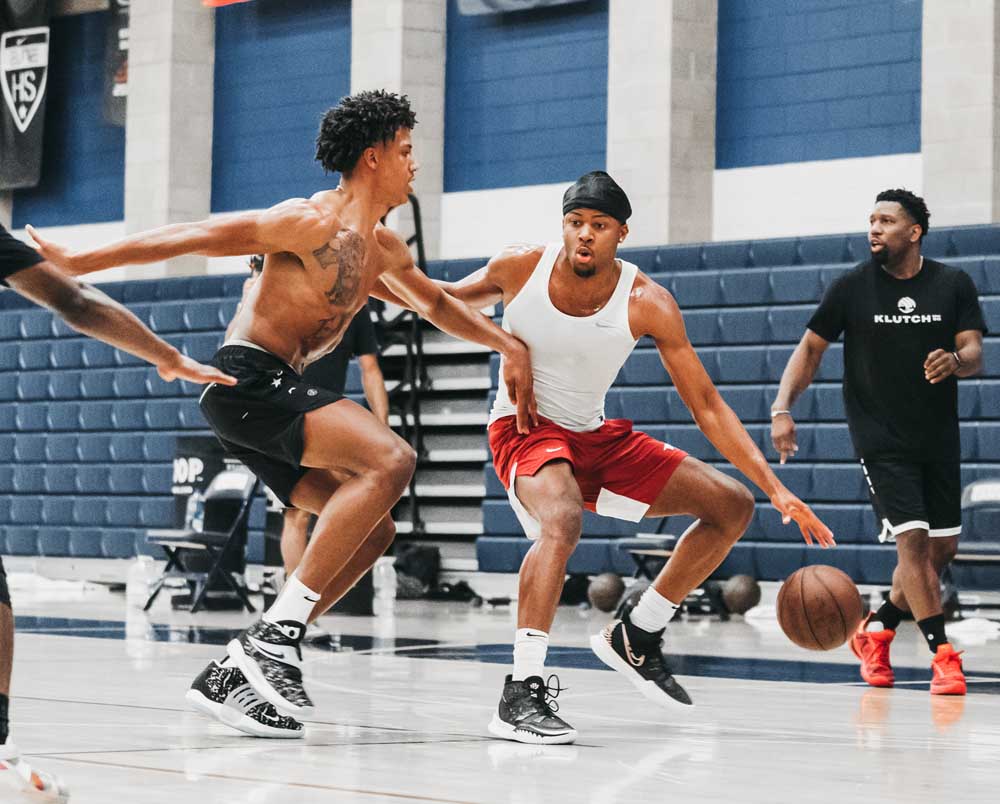 Each one-hour episode will candidly reveal what players and agents experience in the process leading up to the Draft—and showcase that Klutch is more than an agency…it’s a tightknit group dedicated to developing young men for life in the NBA and beyond, according to producers.

The series will follow the progression the young athletes undergo as they transition from college into the pros—from signing with an agent to training for pro competition to Draft day anxiety and off-season preparation to managing personal relationships and the challenges young Black men in their unique circumstances face. The show will also pay tribute to Terrence Clarke, who tragically passed away the day after signing with Klutch.

“With Kenya Barris, Rich Paul, Mike Tollin and Jon Weinbach all on board for KLUTCH Academy, we couldn’t have hoped for a better inaugural project for BET Studios,” said Aisha Summers Burke, Executive Vice-President and General Manager of BET Studios. “The BET Studios venture is all about giving creators an opportunity to tell stories that have yet to be told, and KLUTCH Sports has a remarkable background and history that we know will resonate with our audiences, which is why we’re so glad the series found its home right here on BET.”

“These young men work their entire lives to get a shot at becoming a professional athlete, and at KLUTCH we invest the time and care to help them succeed not only as players, but as human beings prepared to meet all of life’s challenges,” said Paul. “It’s an honor to work with Kenya and BET to share our rookies’ powerful stories, and I’m excited for audiences to get a glimpse at the incredible work my team does every day to help athletes achieve and sustain success.”

“There is no denying the impact that Rich has had. He and the Klutch Team have pushed boundaries and completely shifted the narrative,” Barris commented. “And while buzzwords like disruptor and super agent are fitting, it’s the work that they do with these young men, behind the scenes and off-the-court, that is the most impressive and I’m excited for viewers to get a glimpse beyond the headlines into that part of their story.”

Here are the cast descriptions:

Brandon Boston Jr. – A former University of Kentucky Forward from small-town Norcross, Georgia, Brandon was selected as the 51st pick by the LA Clippers. The loss of his best friend and college teammate Terrence Clarke in a tragic car accident weighs heavily on Brandon, but also drives him to stay focused and make the most of the opportunity to realize his childhood dream.

Kai Jones – Hailing from the tiny island of the Bahamas, this former University of Texas Forward was selected 10th by the Charlotte Hornets. At 6-foot-11, Kai is the tallest of the KLUTCH prospects, but he’s not nearly “NBA big” yet. He must add weight and show his team he can compete against the world’s best players, has the discipline to work in the weight room and will be ready when his number is called.

Jalen Johnson – A year ago, Jalen was projected the potential number one overall pick of the 2021 Draft. After leaving Duke University, one of college basketball’s iconic programs, questions surfaced about his maturity. But Jalen’s older brother relocated to help him navigate the process of turning pro and is learning everything he can from Rich and the KLUTCH team about managing the day-to-day of NBA pros. Jalen was drafted as the 20th pick by the Atlanta Hawks.

Moses Moody – Moses had an excellent freshman season at Arkansas, and his combination of size and shooting ability placed him on numerous pro scouts’ radar. Now more than ever—after being selected 14th by the Golden State Warriors—he feels the pressure of being the one who will change his family’s future forever.

Jericho Sims – A breakout performance at this year’s combine trended Sims’s draft stock upwards. His 44.5-inch vertical leap (the third highest in NBA Combine history) caught the eyes of NBA scouts and the KLUTCH team. But physicality is simply one phase of a player’s game—selected 58th to the New York Knicks, Jericho faces the challenge of breaking out of his shell to impress NBA front office staff.

Scottie Lewis – As a top-rated high school player, Scottie was projected to be a future first-round Draft pick, but a few lackluster seasons at the University of Florida caused doubts about his game. Redemption came in the 2021 NCAA tournament with a stellar performance that turned his fortune around. Picked 56th to the Charlotte Hornets, Scottie will need to work extra hard to prove he has what it takes to make it in the league.

Terrence Clarke – Hailing from Boston, Massachusetts, Terrence was an accomplished athlete, son, brother, and friend who touched the lives of everyone he encountered. A top prospect from the University of Kentucky, the KLUTCH team and prospects are devastated by his tragic passing but work side by side with his family to make sure his legacy lives on forever.

UTA brokered the deal on behalf of Klutch and Tollin.