In hindsight, the phone call was the clincher. This is a world where emotional phone conversations with family members can be death sentences in their own way. Just ask Hank Schrader.

As soon as Nacho (Michael Mando) hangs up the phone to his father, his fate is effectively set. Caught in a cartel tug-of-war between rival factions each eager to see him suffer, Nacho secures a few extra hours of freedom and (presumably) his father’s safety by agreeing to close off some of Gus’ (Giancarlo Esposito) loose ends with Don Hector (Mark Margolis). After evading capture in the desert last week, Nacho agrees to point the finger elsewhere for the Lalo (Tony Dalton) compound raid right before receiving a swift, painless desert sniper execution.

Getting to that point is one last series of trials for Nacho that’s all the character’s strengths in microcosm. There’s the physical part of the job, where the guy literally has to hold his breath to see if he survives. (The mythology of The Cousins is so deep at this point that it’s not surprising that they having everything short of X-ray vision to pinpoint Nacho’s whereabouts. He just manages to outlast them by a few precious seconds.) There’s some quick-thinking dealmaking, this time with Gus and Mike (Jonathan Banks) to secure his end of the bargain before turning himself in. And there’s the clear-eyed acceptance that violence is on the horizon, even when it means that pain is going to be directed straight at him.

“Rock and Hard Place” is drenched in tragedy, but the feeling of inevitability in that phone call to Nacho’s father is where it hits the hardest. Without having to outline their entire family history, this simple back-and-forth gives all the information to fill in a father-son relationship that’s filled with both love and disappointment. There’s no need for a tearful goodbye because both men seem to have already made peace with a tragic end, given Nacho’s chosen line of work. We’ve seen that Nacho is already past his breaking point, living on borrowed time. By the time Varga the elder asks, “What else is there to say?” Nacho’s mind has practically been made up.

That economic approach also plays out in setting up the rest of Nacho’s final moments. Having already seen the Gus/Mike staredown last week, all we needed were the few words on the other side of that cell phone. Being secreted in via a false compartment in a cargo truck is par for the “Better Call Saul” course at this point: a simple, efficient method of getting one man to his destination, however uncoventional. The punch-to-the-face prep that follows feels like Gus’ vindictive finishing touch. What better way for him to send a man to the gallows than with a black eye, proof to everyone (not just Hector) that he’s dying on someone else’s terms? 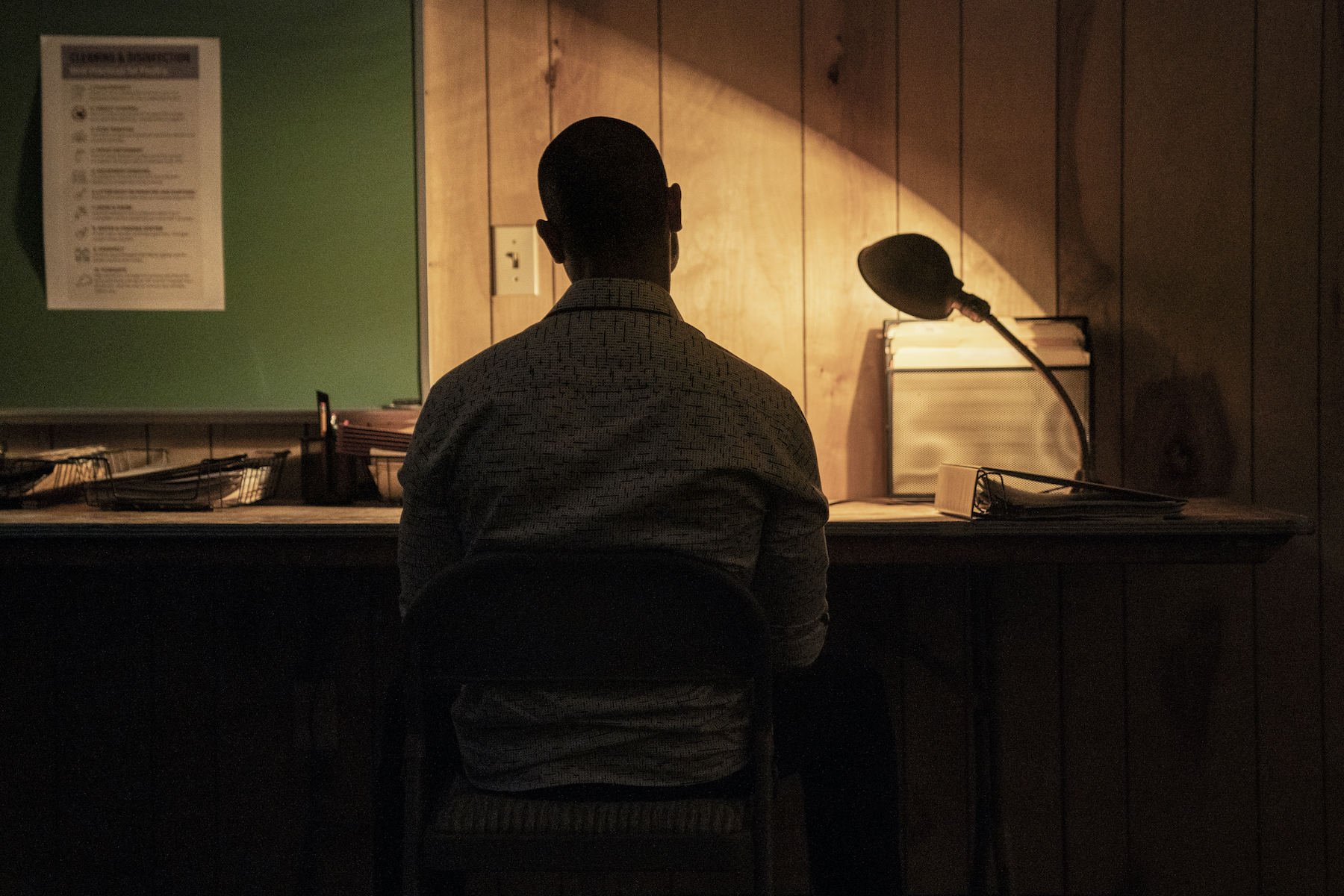 Mando and Banks play all the moments of silent recognition beautifully here. Each new microscopic wince of recognition from Nacho hurts more than the last and of course Mike’s chosen method of toasting is just to stare knowingly until he’s decided it’s time to drink. If there’s an ounce of virtuousness to be found in what either of them are doing, it’s not a triumphant end. To see them flipped in the final moments, with Nacho being the one with the steely resolve and Mike the emotionally vulnerable one only makes for a more thoughtful sendoff.

Episode writer/director Gordon Smith helps to bring those strong undercurrents to the surface by removing as many variables as possible before the kangaroo court in the desert adjourns. All it takes is one extra beat of Nacho looking at the glass to signal that it’s the source of the shard teased in the (unsurprisingly hypnotic) cold open. With all the pieces in play, the tension comes from Nacho’s choices and seeing how the consequences spread out among those gathered.

There’s so much earned fury in that final Nacho statement, a fiery last testament that does as much to clear his conscience as a few impassioned sentences can do. Convinced that he’s done enough to protect his family, he lays out the truth as he sees it, freeing some of his guilt before freeing his hands. Realizing the limits of what he can keep escaping from, he opts to shoot himself and spare Mike from having to make a loyalty-questioning decision of his own. In those waning seconds, with Hector in the valley below emptying a clip in frustration, the focus is on Mike, the man who survives with his own debt to repay.

In true “Better Call Saul” fashion, the show is busy setting up the next punch to the solar plexus before the first even lands. Things seem to going smoothly for the McGill/Wexler household at first in “Rock and Hard Place.” They’re content and busy being the showrunners of Howard Hamlin’s demise, right down to the Post-It notes breaking the story. Most couples don’t plot the destruction of a man’s career over their Corn Flakes, but it’s a credit to the particular on-screen relationship that Bob Odenkirk and Rhea Seehorn have forged through Jimmy and Kim that there’s still a touch of sweetness here. Even before their tiny moment of holding hands before they rush out for their respective days, there’s an intimacy and a comfort there, one that just so happens to be juiced by an elaborate ploy to frame their former boss. 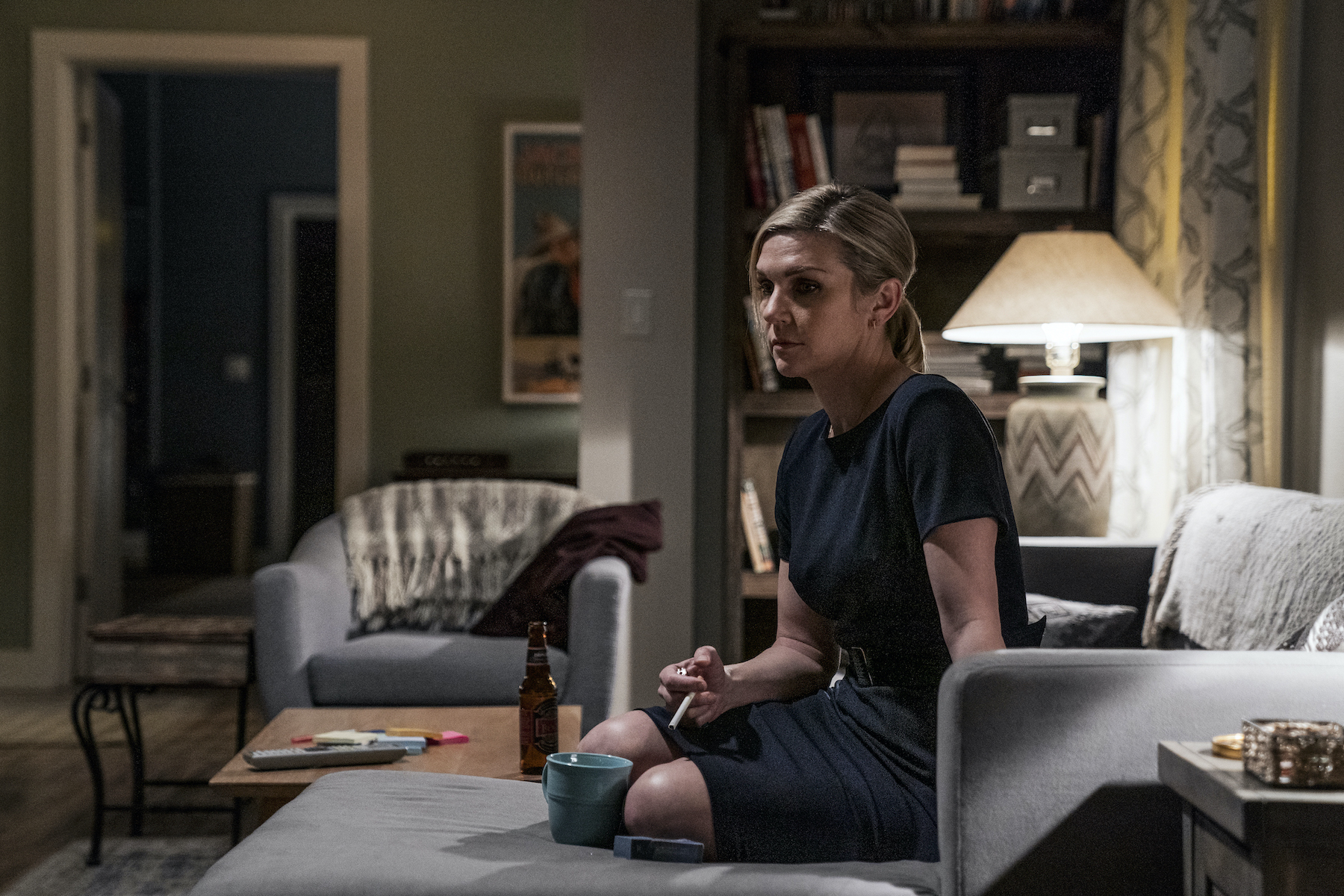 For all the heartbreak elsewhere, it’s incredible that “Better Call Saul” can hold these two ideas at once, switching from one man’s operatic final days to an old-fashioned valet heist without breaking a sweat. The next phase in Operation Upbeat Is Bad is getting access to Howard’s car, something that Jimmy eventually gets with the help of an old friend. (Maybe it’s from seeing too many memes of him lying blissed out on a massive pile of stacked bills, but at this point Lavell Crawford brings a much-needed sense of calm with him whenever he pops back into this story, even when Huell is involved in a race-against-the-clock scheme.) With help from your average neighborhood mobile copier, Huell manages to pilfer Hamlin’s keys from the overeager valet attendant and get the world’s most unwieldy key fob made for Jimmy to use for his own purposes. As with Huell and his associate’s methods, there’s an artistry to how the show handles each step of the process. Smith having the attendant rush up and down the jagged stairwell, intercut with filing down the jagged notches on the key itself, all while Beethoven’s Emperor is soaring away in the background? Wunderbar.

Much like Mike is the voice of reason in his own corner of the Fringdom, Kim is now the vital person who can both enable and curb Jimmy’s ambition at various turns. She’s the biggest force for keeping their respective plans on track, but she’s also there to deliver the hammer blow of reality. Here, it’s relaying the idea that Suzanne Ericsen (Julie Pearl) is hot on the Lalo trail and ready to start linking the aliases of Goodman and De Guzman. It helps that in “Better Call Saul,” our protagonists may be a step ahead, but the people chasing them aren’t idiots. Kim, cigarette in hand and sobered once again by a brush with real consequences, presents Jimmy with a choice. He can either play ball with the DA’s office or slide further into the cartel’s pockets. The fact that Smith follows that scene with Nacho putting the finishing touches on his “confession” shows that there might not be a right answer left for him to choose.

Between Nacho and Jimmy, we get two men faced with questions they think they have answers for. Huell asks Jimmy why he chooses to go after Howard, while Nacho’s father poses the rhetorical question that ends their phone call — neither are quite the final turning points in either of their respective journeys. But they both become perfect setups for the pivotal question Kim offers up near episode’s end, whether to be a “friend to the cartel” or “a rat.” In “Rock and Hard Place,” we see Nacho make his choice and leave the fray on his own terms. The entire script hasn’t been written yet, but it sure looks like the one man left standing might end up facing an entirely opposite set of circumstances before this season is through.

“Better Call Saul” airs Monday nights at 9 p.m. on AMC and is available on AMC+.