Home » TV » Big Brother live feeds: Cody and Enzo talk about Derrick and Hayden not being on BB22 cast

Big Brother live feeds: Cody and Enzo talk about Derrick and Hayden not being on BB22 cast 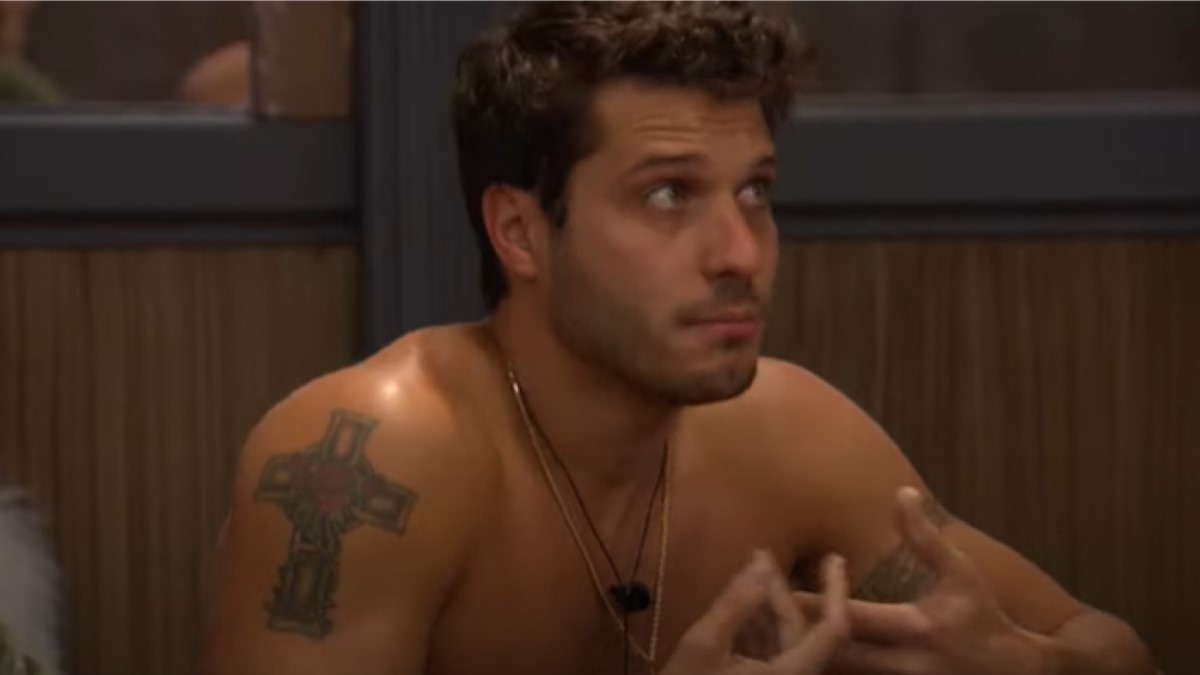 The Big Brother live feeds just showed Cody Calafiore and Enzo Palumbo discussing Derrick Levasseur and Hayden Moss not being a part of the summer 2020 cast. It was pretty interesting and shed some more light on how the process might have worked.

There were a lot of rumors about Derrick playing the game again this season. He was the Big Brother 16 winner, and that was the same season where Cody finished in second place. Many fans had hoped he would return to the show to prove that he could duplicate his success.

Derrick said that he decided not to do the show because of his daughter, but there have long been rumors that there were other reasons he chose not to play the game again. One of those rumors involved having some personal drama with Nicole Franzel, who was also a member of the BB16 cast with Derrick and Cody.

In the video clip shared below, Cody and Enzo are hanging out in the Head of Household Room, and the topic of other former houseguests comes up. Cody mentions Derrick, and Enzo then brings up Hayden Moss.

Enzo and Hayden were on Big Brother 12 together, and they were part of a powerful alliance called The Brigade. Lane Elenburg and Matt Hoffman were also teamed up with them, and the quartet strung Britney Haynes along for most of the summer. Hayden was the Big Brother 12 winner, Lane came in second, and Enzo finished third.

The caption with the video doesn’t give an exact wording of what Cody and Enzo said, so make sure to watch the video to get a real feeling for the discussion. One thing that caught the attention of some live feed viewers was Enzo alluding to the show not inviting Hayden back.

Where is Derrick Levasseur on BB All-Stars 2?

A lot of fans were disappointed that Derrick did not return to play the reality competition show again. What Cody said in the clip is pretty spot-on, though, because if Derrick and Cody had both been members of the Big Brother 22 cast, they would have been early and easy targets.

It was expected that Cody would be an early target anyway — likewise, that Big Brother 18 winner Nicole Franzel would see the block early — but he became the first HOH of the summer and has played from a position of power the entire way. Now, he might stand a great chance at winning this season.

According to a new poll, though, Cody is not the most popular houseguest left in the game. That might not matter, since the fans don’t seem to have a vote this summer. Instead, it will fall on the BB22 jury to make that choice, and the jury is about to get its third member.

So what do you think about all of this? Would Big Brother All-Stars 2 have been better with Derrick Levasseur and Hayden Moss as part of the cast?