Home » TV » 'Blue Bloods': Will Erin Reunite With Jack for Her Political Career? Blue Bloods shows Erin Reagan (Bridget Moynahan) considering running for office. But a recent episode showed her biggest weakness. Did the show hint that she’ll reunite with Jack Boyle (Peter Hermann) to win? Here is everything you need to know.

It’s been Erin Reagan’s dream to become District Attorney. But she has been working as an assistant to the district attorney this whole time.

She recently got a new District Attorney named Kimberly Crawford (Roslyn Ruff). They started on the wrong foot, with Kimberly wanting to be more involved with Erin’s cases. Erin retaliated by bringing up a case from Kimberly’s past. They had to go to court, and it didn’t go well.

Anthony Abetemmarco (Steve Schirripa) made a sticker for Erin earlier this season. The sticker was for her run for office. Erin decided to seriously consider it then decided against it. A person from her past helped in a new episode.

“Reality Check” showed Lisa Farragaut (Kelli O’Hara) preparing Erin for an election. But she pointed out her lack of a social life makes her less relatable to voters. The episode ended with Anthony telling her that she’s ready to run and asking her to go out for drinks as friends.

Will Erin reunite with Jack for her political career? 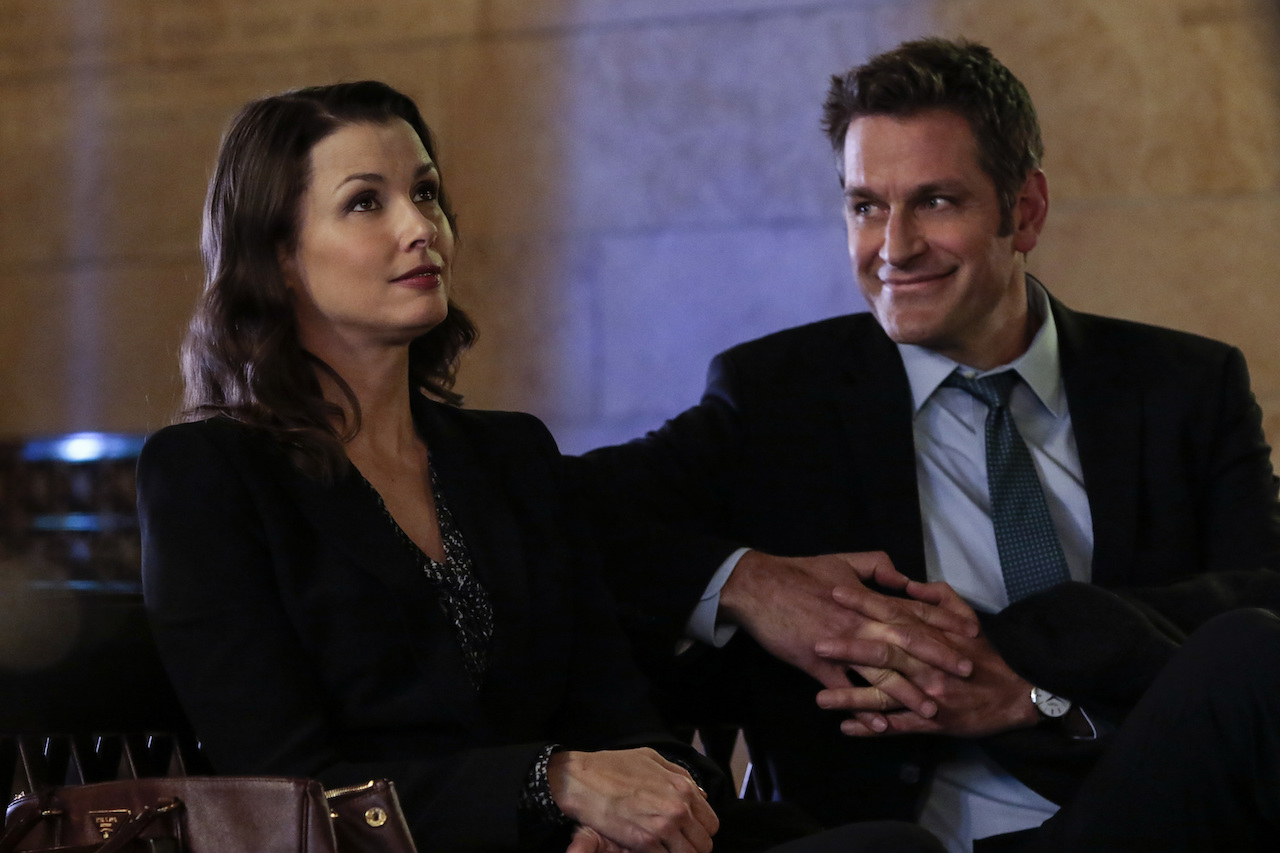 Lisa brought up an interesting point that voters won’t relate to Erin. She’s not married but was married to Jack Boyle. He’s the father of her daughter, Nicky (Sami Gayle).

Jack still pops into her life. Sometimes it’s to work on cases together, but their scenes show they still have chemistry.

He was last seen in “Happy Endings” last season. Erin asked him to represent someone he’s prosecuting. He agreed only if he won she’d go on a trip with him. If he lost, he had to go to a family dinner. Jack won but went to dinner anyway.

It looked like the former married couple might get together. The show has hinted that Erin being in a relationship would boost her political career. It wouldn’t hurt if Erin did reunite with Jack, but it’s still a mystery when he’ll return to the show.

Erin talked about not having friends or much of a personal life in “Reality Check.” She also strangely left out that she had Jack over for dinner and pointed out the family usually only has other cops come on Sunday.

Why Erin doesn’t have a love interest

The show has tried to hook Erin up with other people in the past. But no one has stuck around. Moynahan explained why her character is single.

“The producers would bring some characters in every once in a while to play that romantic interest, and to me, it always felt so forced,” she told Glamour. “I didn’t see the need for it.”

There is a good chance Erin will stay single because of this. Fans will have to keep watching to see how the election plays out.