With her first live-action feature film under her belt, Oscar winner Brenda Chapman is setting her sights on the next big step: a possible return to the animation world in which she first made a name for herself and broke major barriers while doing it. In 1998, Chapman became the first woman to direct an animated feature from a major studio, thanks to DreamWorks Animation’s “The Prince of Egypt,” which followed her work writing such animated Disney classics as “The Lion King,” “Beauty and the Beast,” and “The Hunchback of Notre Dame.”

Fresh off bowing her “Come Away” at Sundance, it was reported that Chapman was already teeing up her next project: a live-action hybrid feature based on Claribel Ortega’s YA novel “Ghost Squad,” but in a recent interview, the filmmaker told IndieWire she’s “kind of stepped away” from that project during the pandemic. “I decided to take a bit of a sabbatical and work on some of my own projects with my husband [fellow filmmaker Kevin Lima],” she said. “I’m writing a novel and thinking about turning it into an animated screenplay. It was the right timing for me on that, on that level. It’s never the right timing to have a pandemic, but for me, it gave me a good excuse to just step back and sort of regroup.”

So, yes, that means Chapman might be getting back into the animation fray, a choice that comes with plenty of history. The filmmaker has been honest about her experience in the industry, from her removal from Pixar passion project “Brave” (she remained credited as co-director and co-writer, but in a 2012 New York Times essay, was blunt: the experience was “devastating”) to quite memorably telling Time in 2013 that the animation world is “run by a boys club.”

Many years later, Chapman has some seen change take effect, and she’s got hope for the future of animation. “I think it’s improved, definitely,” she said about the current industry landscape. “Disney has made a lot of shifts and you have a woman [fellow filmmaker Jennifer Lee] leading the whole animation department there. DreamWorks has a lot of women running that division now. So, yeah, I see a big shift.”

The filmmaker added, “I feel like it is improving and people are just much more aware, much more sensitive to making missteps. I feel like it was a bit late for me as far as ‘Brave’ went, but it seems like a lot of improvements have been made since then. So I’m hopeful, and that’s why I’m thinking about going back into it.”

If and when that happens, don’t expect Chapman’s work to feed into even the most well-intentioned of cinematic tropes, like the enduring “badass woman” character (Chapman lightly groaned when the term was mentioned). 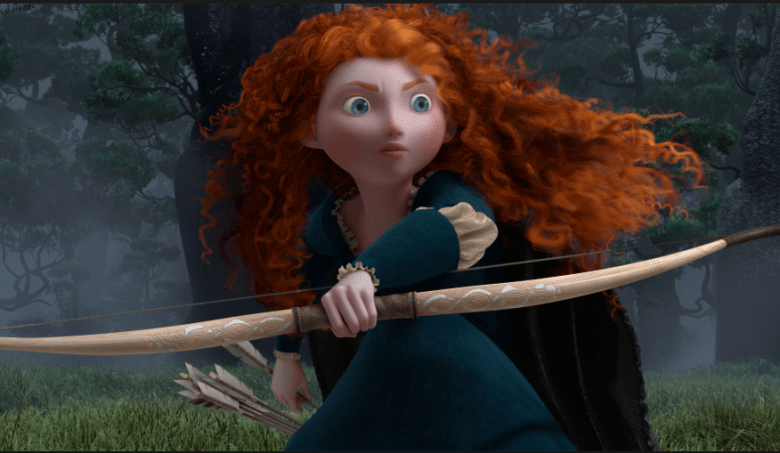 “That’s part of what I was dealing with in ‘Brave’ [with Merida], the whole idea of trying to make her that tomboy, which was never my intention,” Chapman said. “She was an athletic girl who had other aspirations than just getting married, but I never saw her as the warrior princess. How about just telling a story and focusing it around a woman?”

Despite her experience with “Brave,” it remains an indelible part of her career and legacy. It also helped propel her to a little bit of history-making, and when the film won Best Animated Feature at the 2013 Academy Awards, Chapman (who shared the win with fellow credited co-director Mark Andrews) became the first woman to ever win the honor.

Chapman said she didn’t even realize her win was the first of its kind until afterward it was all over. “I think that whole win was so bittersweet for me. It was hard to enjoy to the fullest extent of what you would normally enjoy that moment,” she said. “It was such a surprise when I did finally realize that I was the first one to win in that category, I was like, this is just weird. It’s taken too long. It’s been nice to see more women up there since then, even though it’s still not as many, but like I say, it’s getting better. We’re in the 21st century, come on, people!”

“Come Away” is now available in select theaters and on VOD and various digital platforms.