Netflix series Bridgerton has officially been given the go-ahead for season two after the first outing was an all-out hit across the globe. A whopping 80 million households tuned in to watch Bridgerton which is an adaptation of the works of American author Julia Quinn. The series has kept viewers hooked, nonetheless some have questions.

Is Marina still pregnant in Bridgerton?

Bridgerton started off with the Featherington family welcoming distant cousin Marina Thompson (played by Ruby Barker) into their home from the countryside.

Lady Featherington (Polly Walker) was most put out by the new arrival but her husband Lord Featherington (Ben Miller) said the family needed to help Marina find a suitable match during the season.

Later, it transpired Marina was with child outside of wedlock and was in desperate need of a husband or else she would be come the subject of the scandal sheets.

Marina made some attempts to get a husband as she attended various balls with the Featheringtons, before catching the eye of Colin Bridgerton (Luke Newton). 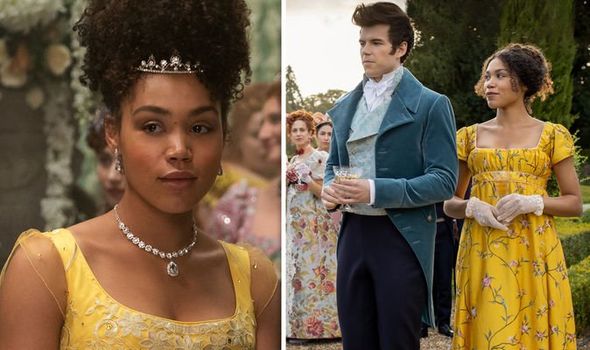 She was hoping to nab him for a husband but Penelope Featherington (Nicola Coughlan) under the guise of Lady Whistledown put a stop to all of this.

Marina was left feeling hopeless and even made a concoction of herbs, which she believed would help to induce miscarriage and fix all her problems.

She quickly fell ill and there were fears she would lose her baby but after being seen by the doctor, Marina learnt her infant was still well as was she.

Instead the doctor chided her for believing such a tea mixture would terminate the pregnancy. 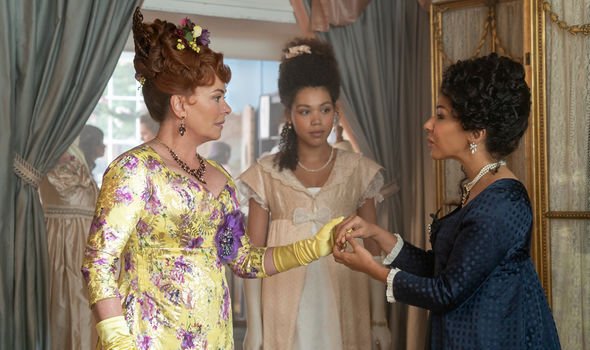 Season one of Bridgerton ended with Marina choosing to marry the brother of her dead lover rather than face ruin.

The young man did the honourable thing and wed Marina, who decided to accept her fate after failing to pick up any suitors.

Lady Featherington served up some sage advice to Marina about her marriage, saying sometimes a child could bring love and joy to a union – even if it had been based on pragmatism rather than romance.

So, it seems Marina was pregnant until the end as well as finding a husband even though it wasn’t under the circumstances she was hoping for.

DON’T MISS…
Bridgerton: Did women really not know about sex? [ANALYSIS]
Bridgerton: When and where does Bridgerton take place? [EXPLAINER]
Bridgerton sex scenes: How realistic is the depiction of sex? [INSIGHT] 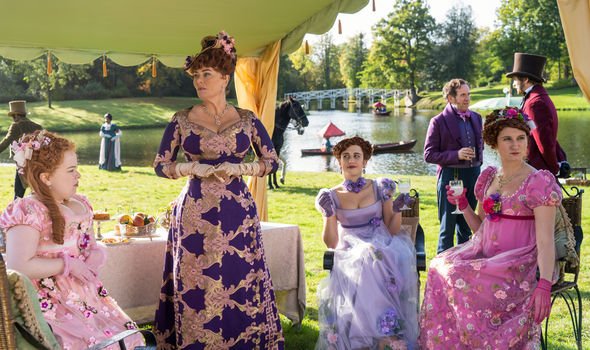 There was also a vast difference between Marina and Penelope’s understanding of the world.

Marina was forced to grow up because she had fallen pregnant, while Penelope remained in the dark about the birds and the bees due to the lack of sex education for women in this period.

However, Marina falling pregnant in the first place signalled a lack of knowledge about sex and birth control.

Perhaps season two could see Marina return to town with her child once she’s given birth.

Speaking to the Mail Online about starring in the show, Marina actress Barker said: “It literally means everything you know I never thought I’d be in a period drama, in a role like Marina.

“I’d seen Belle the film about Dido Elizabeth Belle who was a mixed race aristocrat in the Georgian period of time and I saw that film and was like, ‘Wow it would be so amazing to play that character but its already been made, I’m probably not gonna be in a period drama simply because of my race’.”

She added: “Then obviously getting the casting through from Bridgerton and seeing it’s a Shonda Rhimes thing you know, and that diversity is the main objectives of the show it was just amazing to be a part of it.”

Season two of Bridgerton is expected to start filming at some point in 2021 with a legion of fans desperate for more.