WITH Pulp, frontman Jarvis Cocker became one of the pioneers of Britpop, with the iconic group selling more than ten million albums worldwide, two of which went to No1.

But while nearly all music fans will know his name, someone over at the Brit Awards appeared to have a momentary lapse when it came to the right category for him this year. 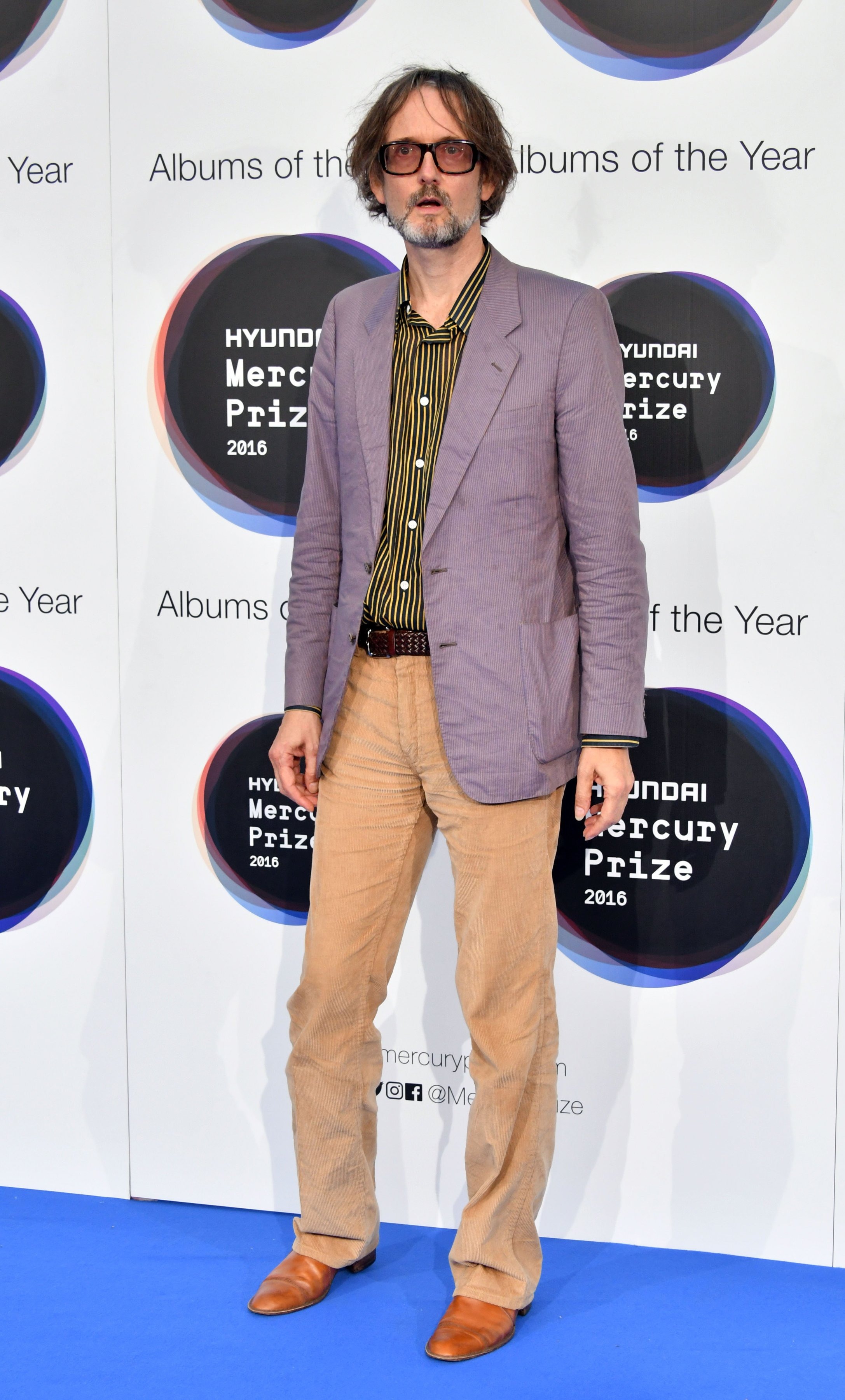 The singer created new group Jarv Is in 2017 and last June they released debut record Beyond The Pale.

However, when the voting panel for May’s ceremony were invited on Friday to decide who should be nominated, his group were made eligible for the Breakthrough Act category.

After they spotted the blooper, organisers had to contact voters over the weekend to correct their error. An insider said: “Jarvis’s new band being placed in the Breakthrough Act category was more than a bit embarrassing for the Brits organisers.

“There are lots of eyes on the categories so it went through plenty of people before the voting pages went live on Friday.

“When the mistake was picked up it was chaotic, as everyone who had voted for them in that category had to be contacted. 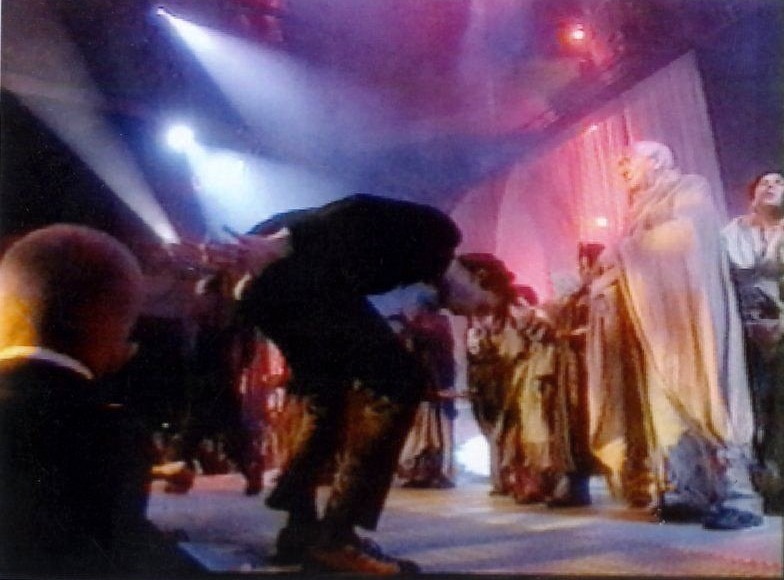 “On Sunday a fair few people had calls to say what had happened and the group has now been removed from the list of acts eligible for Breakthrough Act. Jarvis, pictured, saw the funny side when he found out. Pulp never won a Brit despite their dominance back in the day, so really, the more categories his new group can get a nod in, the better.”

Though he missed out on a statuette, Jarvis’s stunt in 1996 went down in Brits history.

The Common People singer ran on stage and interrupted Michael Jackson’s live performance of Earth Song, bending over and shaking his bum at the cameras.

We were all thinking the same, to be fair, but Jarvis was the only one who had the balls to do it.

He was arrested and held in the cells until 3am before being released without charge.

Maybe this latest mix-up is a delayed punishment . . .

READ ON FOR MORE OF SIMON BOYLE'S BIZARRE COLUMN

RITA Ora puts her feet up after claiming she is done with partying.

The Anywhere singer posed on top of a table in her dressing room, having said she can’t cope with wild nights out now that she’s 30, as I revealed in yesterday’s column. 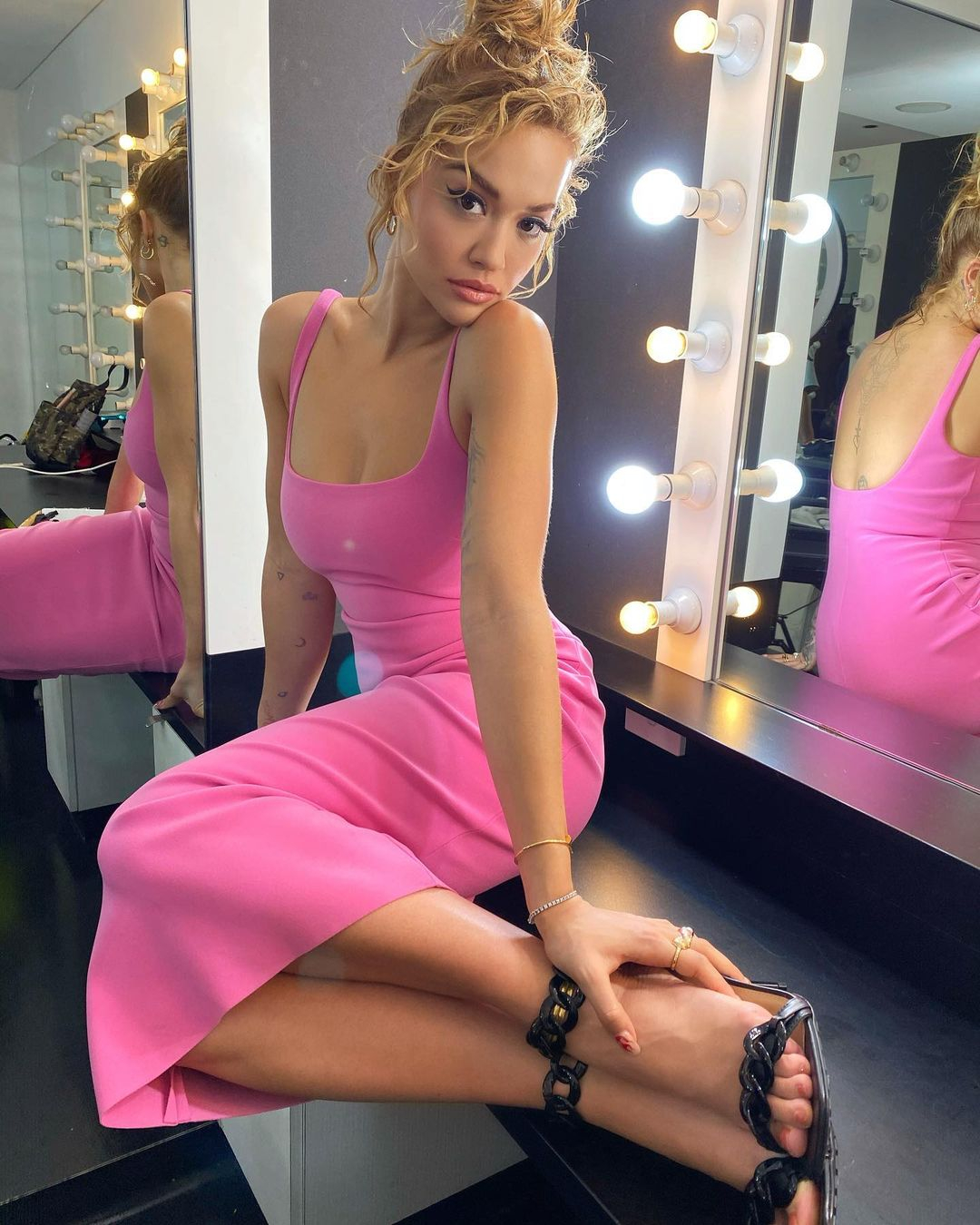 And while she looks relaxed here, it was a different story for Capital Breakfast DJ Roman Kemp when he first interviewed her.

He confessed he was terrified because he had such a crush on the beauty.

He told the Happy Hour podcast: “I remember the first time I interviewed Rita Ora for Capital and I was so nervous that I came out in hives all the way up my neck and on the side of my face.

Rita is in Sydney for the next few months as she is a coach on The Voice Australia.

But she will be back on UK soil to play the TRNSMT Festival in Glasgow on July 11.

Better get your ticket now, Roman.

AFTER I revealed filming had been hit by a third delay last month, workers on the new Batman movie can finally breathe a sigh of relief.

The film’s director, Matt Reeves, today confirmed they had completed shooting for the next instalment of the Marvel classic, which has Robert Pattinson as the Caped Crusader.

Matt shared the news on Twitter next to a picture from the set and wrote: “#LastDay #TheBatman.”

The Batman, which is expected to be released on March 4 next year, also stars Zoe Kravitz, Jeffrey Wright and Colin Farrell.

Filming was first postponed between March and September last year because of the pandemic.

Then the production was thrown into chaos again in February when work stopped on the £90million blockbuster for the third time in five months. They all deserve a pat on the back.

SHE made a laughing stock of herself on Geordie Shore, now Charlotte Crosby is embarking on a comedy career.

The reality regular reckons she’s got the chops to make it on stage and has announced a seven-night UK tour that is kicking off this October. 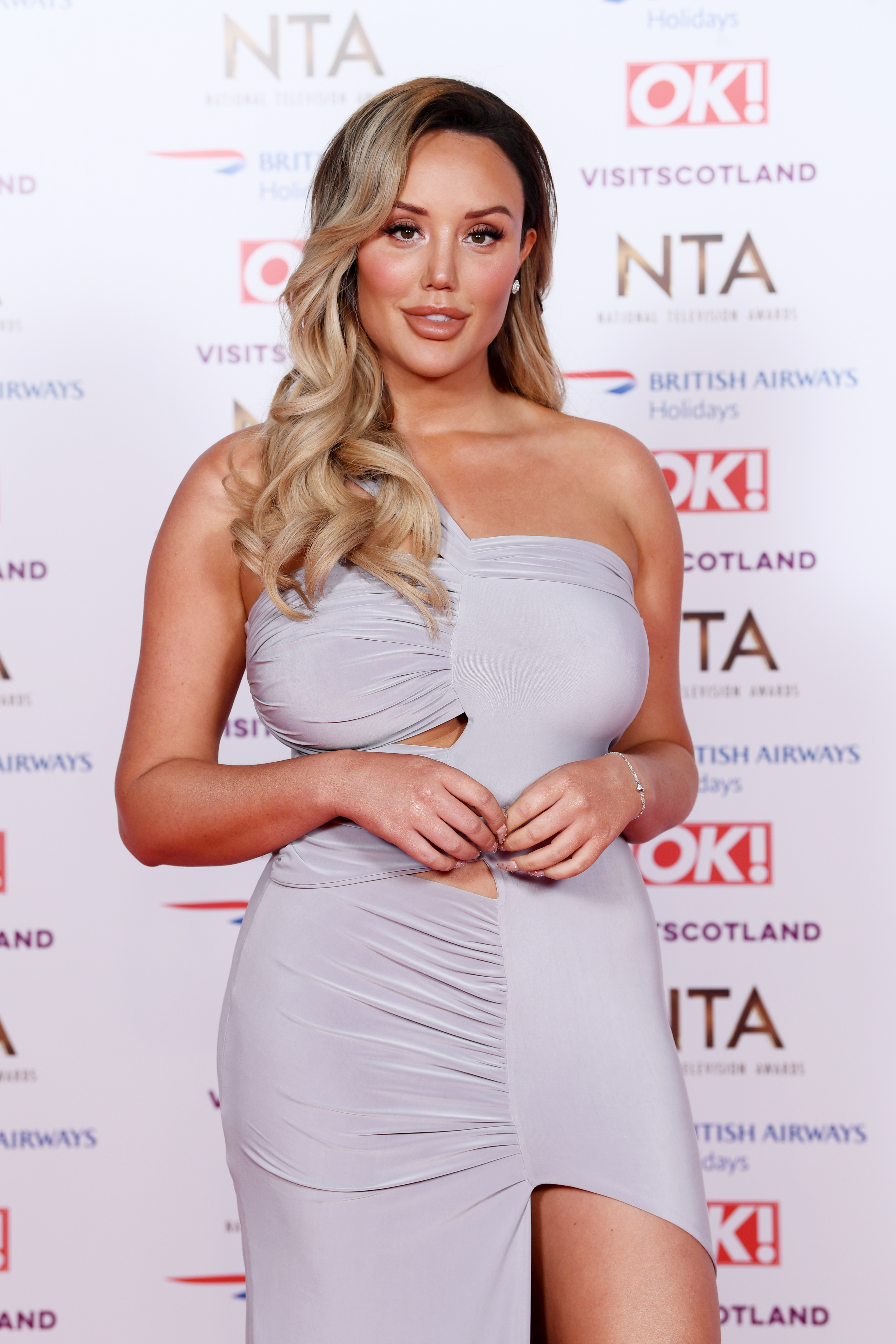 She said: “After the year we have been through I think it’s safe to say we are all ready for a night like no other, with good friends, great music and lots of drinks and lots of laughter.”

On telly, viewers saw her have a fair few fights, get absolutely bladdered and wet the bed.

Hopefully people buying tickets for her shows have a better night than that.

MY favourite telly star Amanda Holden isn’t the only celeb who likes getting her kit off at home.

Actor Stellan Skarsgard has revealed he’s a big fan of being in the buff, after Amanda said she likes to cook while nude.

“When school friends thought storks brought babies, I told them how they were really made.

“I have a very relaxed relationship with my genitals.”

That is way too much information.

NICK Jonas’s new album Spaceman has failed to get the out-of-this-world reaction he would have been hoping for.

The Jonas Brothers member’s record has sold just 865 copies since its release here on Friday and was last night on course to chart at a disappointing No36. 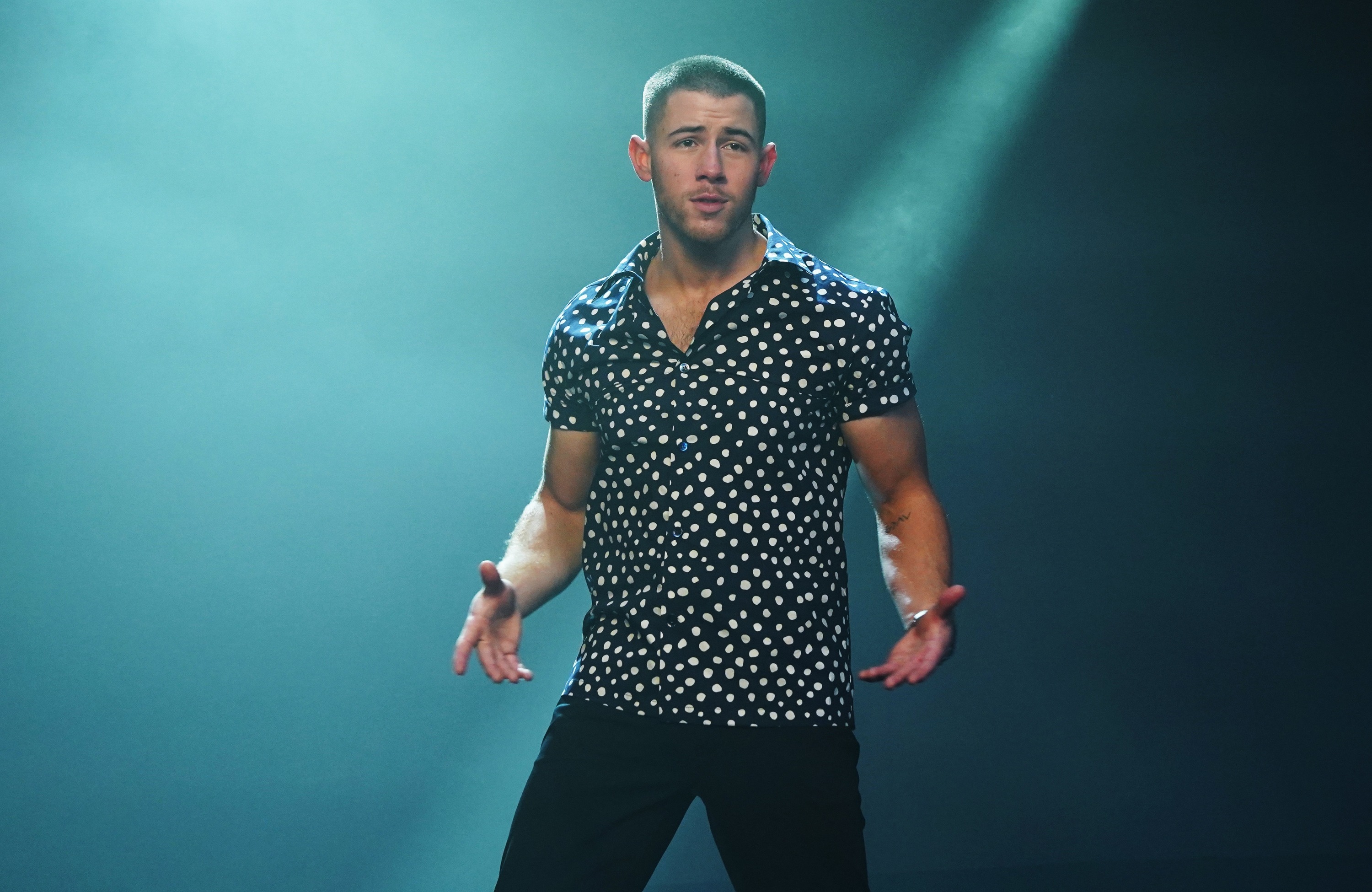 It means he has achieved just eight per cent of the sales of British singer-songwriter Tom Grennan, who has shifted 10,582 copies of his record Evering Road since Friday and is well on his way to going to No1.

Nick’s album had been at No19 on Sunday, but saw its position plummet after selling 135 copies in 24 hours.

The poor sales come despite a big-budget music video for the title track and an appearance on TV’s The Graham Norton Show.

It is a world away from his success with siblings Joe and Kevin. Their band have scored four Top 20 albums, with their most recent, 2019’s comeback record Happiness Begins, reaching No2.

I told last month how they had shelved an album of material as a group, but they have since insisted all is not lost for them as a trio and they still plan to make music together.

If I were them, I’d stick to doing that rather than any more solo efforts.

BILLIE Piper’s marriage to Virgin Radio DJ Chris Evans looked like it was full of booze and wild evenings.

Now despite people think- ing she was out of control at the time, she has said their relationship from late 2000 to 2004 was the happiest time of her life. 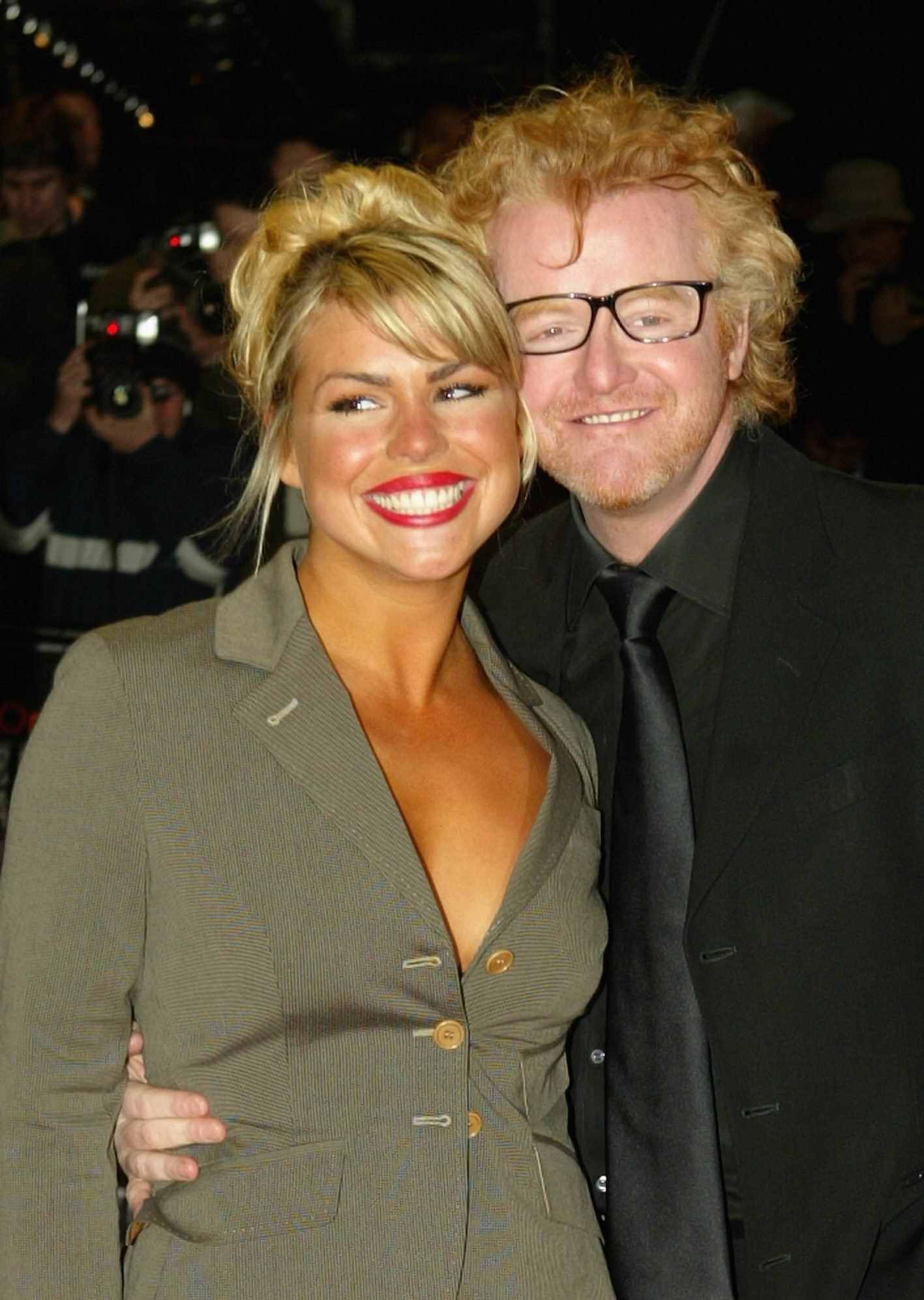 The former child star said: “Even though our life was completely wild – in comparison to other people’s lives – I felt like I was living out a lot of my uni years or something because we spent a great deal of time travelling and drinking and meeting people that I wouldn’t have had access to otherwise. Also I’d become so reclusive before I met him.

“So it felt like a very healing time, although the world looked upon it as a reckless time.

“It’s just crazy to think that when I was at my happiest as a teen, everyone thought I was at my sadd- est.”

Billie had her first No1 single, Because We Want To, at 15.

Now dating rocker Johnny Lloyd, she added on Annie Mac’s podcast Changes: “I’ve always got really fond memories and a lot of love and warmth (for that time). It felt like a really important moment in my life.”

LIVE music is finally on the horizon again, with Olly Murs and Rag’N’Bone Man being the latest acts  to announce tours for  this year.

Olly’s rescheduled summer tour will include 11 shows in July, August and September, and a further 13 next year. 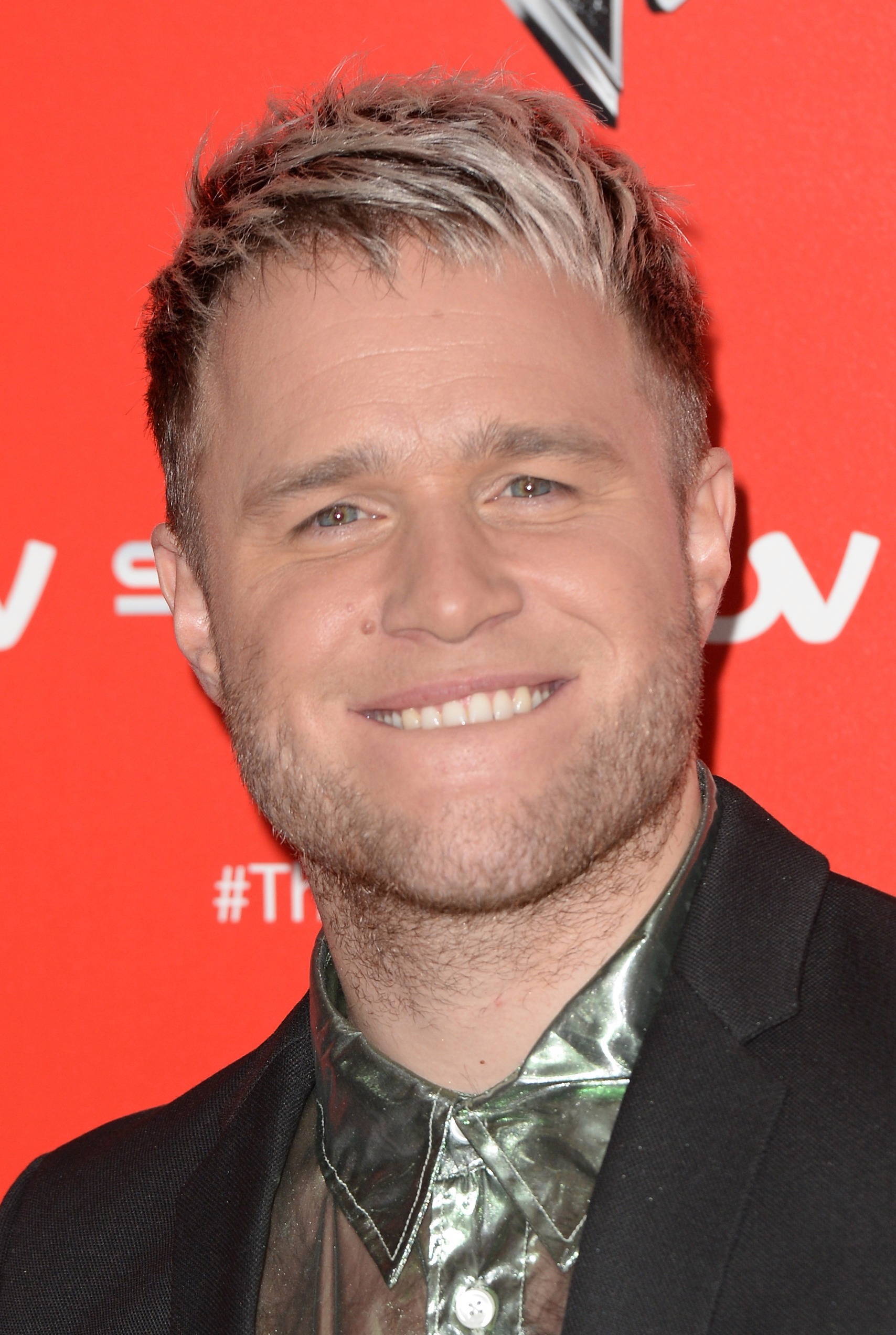 Rag’N’Bone Man will head out on the road in October following the release of his second album Life By Misadventure next month.

And helping to revive dance floors will be Fatboy Slim, who will perform in-the-round for his We’ve Come A Long Long Way Together tour on weekends across the country in November.

Curtis is sorry for send-up

CURTIS Pritchard has issued a grovelling apology following a series of controversial jokes on Channel 4’s Stand Up & Deliver.

The dancer made sexist remarks about his Love Island castmates as part of the broadcaster’s Stand Up 2 Cancer fundraiser.

Then the jokes were blasted as vulgar and career-ending and he was heckled and booed by the crowd.

Curtis, who was mentored by comedian and Loose Women panellist Judi Love on the show, said: “I want to apologise to anybody that I have offended.

“Some of the jokes, they missed the mark, they were completely off track and went too far. That was never my intention at all.

“It was a great show to be a part of and I was very fortunate to be able to take part but I just want to apologise and say I am sorry for the jokes.”

PAUL Mescal isn’t only admired by millions of women.

A sportswear firm from his native Irish Republic has been singing his praises following rocketing sales after the actor took to wearing the gear.

The Normal People actor was photographed in O’Neills shorts several times last year, including on the cover of GQ magazine. Now the company has revealed it saw a 20 per cent sales increase for their £17 shorts, in spite of the shops being closed for several months.

O’Neills director Paul Towell said: “Paul has had a very positive effect on sales,” and called it, “one of the few bright spots in a very difficult year”.

I’m not sure I’d look quite as alluring in them.