Amanda Holden, 48, has returned alongside Britain’s Got Talent judges Simon Cowell, 59, David Walliams, 48, and Alesha, 40, to celebrate the cream of the crop of the franchise. Viewers have already tuned in to see the judges select four acts to go through to the finals in a few weeks time. However, one Canadian act leaves the ITV panel on the edge of their seats tonight, with Amanda deeply concerned Alesha could go into labour.

The likes of comedian Jack Carroll, singing sensations Richard and Adam, and dancing duo Paddy and Nicko will take to the stage with talent from across the globe.

One such act will be Canadian illusionist Darcy Oakes, who first appeared on the British version of the talent franchise in 2014 and reached the finals of the competition.

Tonight, Darcy will return to the stage after he also took part in the American version of The Champions earlier this year.

As with illusionists, Darcy doesn’t hold back in what he has planned as his performance sees him hoisted above the stage in a box. 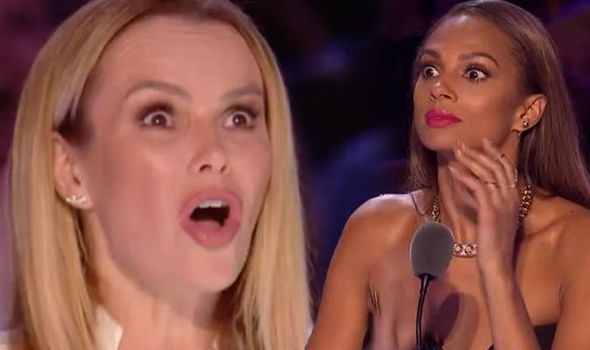 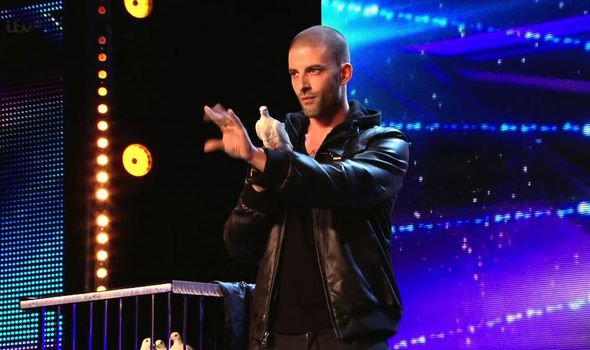 However, the box explodes with the illusionist believed to be inside and the judges can’t quite get over what they’re seeing.

Speaking to The Sun about heavily pregnant Alesha’s reaction, Amanda said: “I joked to her that I was worried she might go into labour as she was so on edge during the performance.”

Alesha first revealed her second pregnancy during the first live semi-final of this year’s edition of the hit talent show.

Since the news broke, Amanda has been stipulating when the former Mis-Teeq and member would be giving birth and believes Alesha’s second child will be due in October or November. 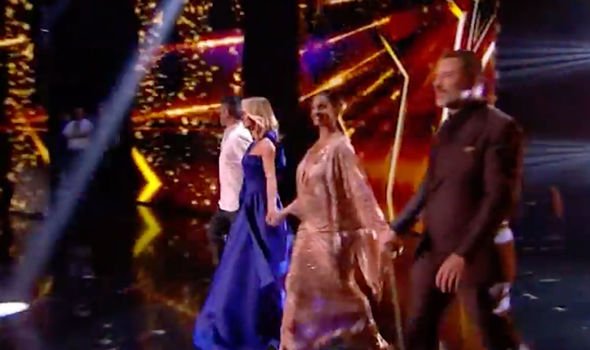 “I’m a witch, I sense these things and I said, ‘You’ve got to be careful. I reckon it’s going to come two or three weeks early’,” Amanda told the publication.

Last weekend, Alesha wasn’t best pleased however when one of the favourites of the competition failed to get through to the final.

Having won the competition back in 2018, comedian Lost Voice Guy failed to land the right laughs with the studio audience as the show is pre-recorded.

As presenters Ant McPartlin, 43, and Dec Donnelly, 43, revealed the top three who fight it out for the final place, Alesha lost her cool.

As Ant and Dec had already sent through their Golden Buzzer choice at the very start of the show, there was only one place left.

Alesha exclaimed: “Lost voice guy didn’t make it into the top three!” as she reeled in disbelief.

Fans of the show reiterated Alesha’s sentiments and quickly took to Twitter to respond to the shock result.

One wrote on the social media platform: “My #BGTChampions has to be @LostVoiceGuy. He should be the winner of the whole #BGT event. Wish you were in the final.”

Another added: “Who the f**k didn’t vote for the lost voice guy? I just wanna talk to u for a second #BGT #BGTTheChampions.”

There had been outrage the week before as the very first winner of the British version of the global talent franchise failed to win over the audience.

Opera singer Paul Potts, 48, suffered an early defeat which left another member of the panel in disarray.

Amanda could be heard saying as the result came through: “What about Paul Potts?” as one again, viewers voiced their fury on the micro-blogging site.

Britain’s Got Talent The Champions continues tonight at 8.15pm on ITV.