Amanda Holden, 48, watched on tonight at the final auditions of this year’s Britain’s Got Talent got underway before the judges deliberated which 40 acts would make it through to the next stage.

The stage actress then joined Simon Cowell, 59, Alesha Dixon, 40, and David Walliams, 47, to reveal to the hopeful acts their fate in the competition.

Hoping they’d done enough to secure their place in the live show of the ITV talent show, four acts took to the stage once more to hear the verdict, including one contestant standing in for the Queen impersonator unbeknown to the judges.

Shocked to see one act in particular, Simon struggled to hold back his hysterical laughter, later passing the microphone over to Amanda to reveal the results.

I don’t remember you at all

As the acts took their position on stage, Simon’s shoulders could be seen juddering as he chuckled away, with Amanda telling him: “Don’t start.”

Unable to control himself, Simon told his fellow judge to reveal the acts fates: “Amanda, you’re going to have to do it.”

With Amanda also struggling to control her laughter, she whispered: “I can’t,” before pulling herself together to speak with the acts.

“Thank you so much for coming today,” Amanda began, before stopping in her tracks as she failed to recognise one of the performers on stage.

“So, I have to ask you, sir, I don’t remember you at all,” Amanda said to the act before the contestant told the judges they had a message.

The man dressed as a Royal guard was actually part of the act which began this year’s series of Britain’s Got Talent which saw a comic take to the stage to impersonate Her Majesty. 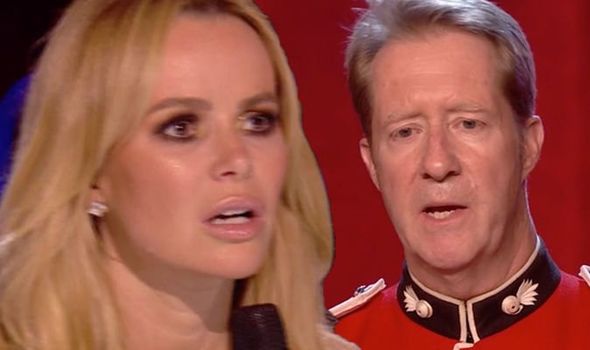 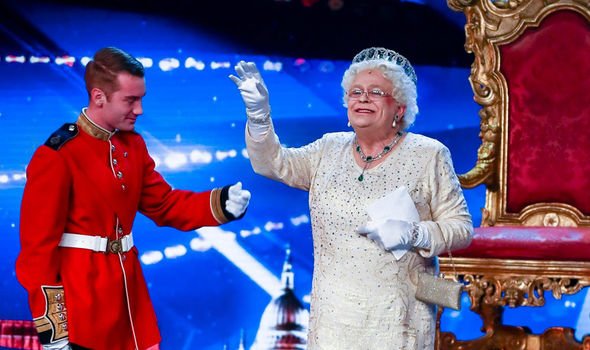 Speaking on behalf of the impersonator, the Royal guard said: “I have come here today to deliver a message from the palace.

“David, Alesha, Camilla and Simon, I’d like to thank you for the invite today but frankly, I have more important things to do then stand in your presence,” the man said on behalf of ‘The Queen.’

Stunned and shocked by the absence of the act, Alesha remarked: “Well I never.”

Luckily, the guard’s efforts to turn up on behalf of the comic weren’t in vein as it was revealed the act had made it through to the live shows.

The final auditions was full of surprises this evening, with hosts Ant and Dec also getting in on the action by auditioning for the show themselves in a show-stopping prank. 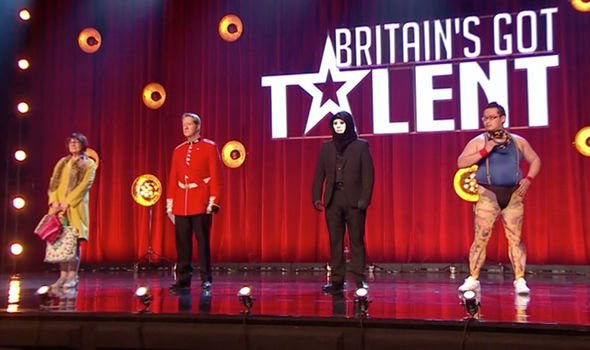 Taking to the stage under the guise of Disco Dogs, Ant and Dec were dressed as life-size canines, with the judges completely unaware who was under the costumes.

Responding inly through the use of dog noises, the judges were still non-the-wiser the hosts were on stage as they dance to a number of canine themed songs.

Finishing the performance, the judges were full of high spirits, telling the final act of the series they had got the seal of approval.

Removing the head of the costume, Dec, 43, appeared and exclaimed: “Thank goodness for that,” before revealing his partner in crime was Ant, 43.

Completing the trio was spin-off show host Stephen Mulhern, 42, with the judges taking to the stage to congratulate the boys on pulling off their prank.