Britain’s Got Talent 2019 has enjoyed bringing the huge amount of Champions to the show this year, which included a number of winners from past seasons, and a collection of fan-favourites. The hand-picked bunch seem to all have agreed to take a swipe at Simon Cowell upon their arrival, as a number of acts have joked around with the media mogul once they perform. And tonight’s edition of the show is no different, as viewers will see Stavros Flatley take the stage once again, the first time being in 2009’s edition of the show.

However during their thanks for the support, they couldn’t help but take a jab at Simon whilst talking to Ant and Dec.

Father of the duo, Demi Demetriou, announced: “I can’t tell you how much you going mad for us makes us feel.”

He then went on to thank Britain’s Got Talent for their ongoing support throughout the years.

READ MORE: Britain’s Got Talent 2019 leak: Was BGT The Champions winner revealed ahead of launch? 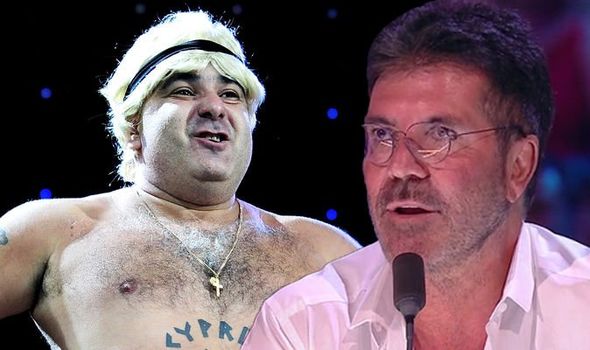 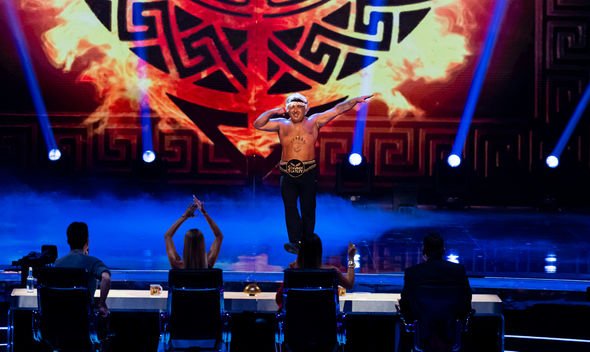 Demi continued: “But I want to say, this show is amazing. We’ve been all over the world, we’ve done things and been places we never thought we’d be, and it’s because of you guys.”

After the applause died down, he proceeded to hit out at Simon, announced: “I’ve got to thank my dentist in Pathos!

“He’s amazing! I have the same teeth as Simon now, look!”

Grinning to jovially show off his new teeth, Demi caused the venue to uproar with laughter, leaving Simon himself giggling at the comment. 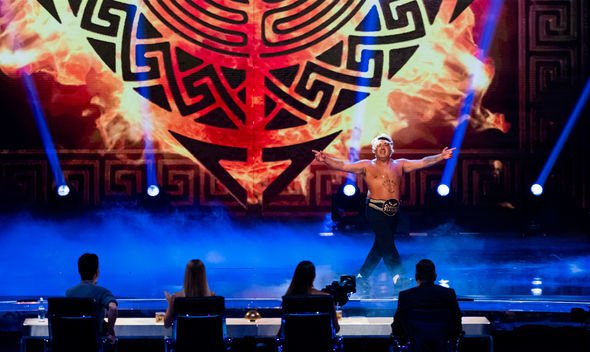 Fans will have to wait and see if the legendary Stavros Flatley made it through to the next round of the show.

The dance duo’s arrival on the show would certainly have been a surprise to Simon, as it was recently revealed he is entirely clueless to the line-up of the shows each night.

In last week’s episode, Ant and Dec began asking the judges who they were expecting to see.

To which Simon told the duo: “I genuinely do not have a clue who’s on each night, so I love it.”

And before Ant and Dec could move on to the next segment of the show, Simon decided to hit back once again.

He said: “Try not to give it away in the breaks because you keep saying who’s coming up and that spoils it!”

A little taken aback by the demand, Ant sheepishly told Simon: “That is our job,” leaving the audience in hysterics.

Dec then suggested a method of clearing Simon of any spoilers in the upcoming show.

“What we’re going to do,” he proposed. “We’ll nod at you and you put your fingers in your ears.

Simon seemed to enjoy this suggestion as he acted out closing his eyes and putting his fingers in his ears.

Unfortunately for Simon, he was spoiled the next time the duo announced the acts.

Britain’s Got Talent: The Champions continues Saturday at 8.30pm on ITV.