Fans of ITV talent show Britain’s Got Talent know Simon Cowell, Amanda Holden, Alesha Dixon and David Walliams usually kick off the auditions in January before the series hits television screens in April. However this year will be different. It’s been revealed due to the UK national lockdown, ITV has been forced to postpone the series as auditions cannot safely take place.

Measures had been put in place so contestants could audition in front of a socially distanced audience at London’s Coliseum theatre.

However, with Boris Johnson placing the country into a nationwide lockdown which could last until Spring, this year’s series has had to be scrapped.

It is believed bosses hope the show can hold auditions in the summer and be broadcast in the Autumn.

An insider told Mirror Online: “Safety has to be our priority and it’s simply not feasible or sensible to ask members of the public to travel in order to audition at this time. 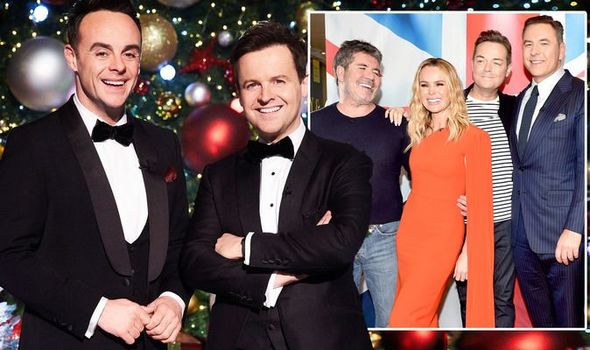 We will use your email address only for sending you newsletters. Please see our Privacy Notice for details of your data protection rights. Queen’s marriage to Prince Philip mocked on Britain’s Got Talent

“While we’d love to make the series and bring some much-needed cheer to the nation in the coming months, it’s just not going to be possible.”

They added it’s not all bad news as they are hoping the show can return in Summer if “the vaccination process goes to plan”.

The insider told the publication: “It would be brilliant to have Britain’s Got Talent for the autumn schedule.”

It’s believe ITV have decided to postpone the show because of the lack of audience too.

“It’s better to delay the series until we can make it properly,” the source said.

Britain’s Got Talent takes place over two months meaning ITV will now have to find another show to replace it.

The Voice UK is set to air over the coming months giving the broadcaster some time to decide what will take the place of BGT.