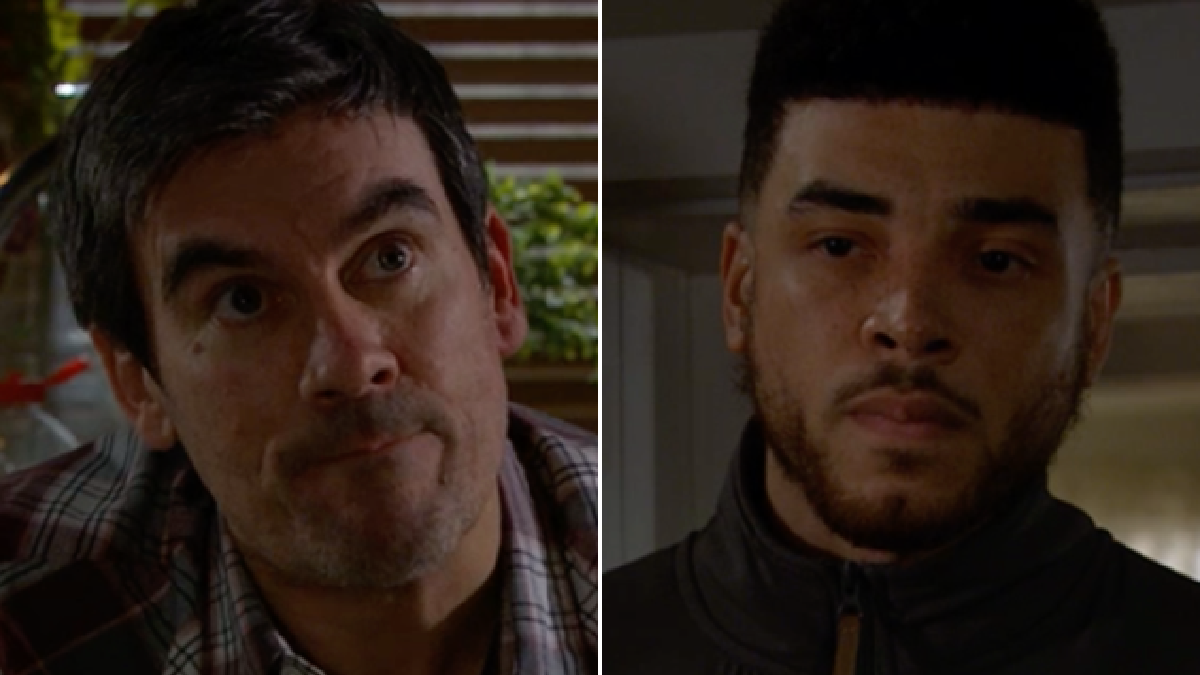 An angry Cain Dingle (Jeff Hordley) has turned his back on son Nate Robinson (Jurell Carter) in tonight’s Emmerdale (February 26) after the pair disagreed over the fate of village returnee Faith (Sally Dexter).

With the Dingles divided over whether Faith should be welcomed back or banished, a family court was convened so that a verdict could be reached. And after the votes were counted, it transpired that the clan were tied as to what Faith’s future ought to be.

With Chas, Paddy, Aaron, Liv, Marlon and Moira wanting Faith to stay and everyone else opting to show her the door, it was down to late arrival Nate to cast the deciding vote.

‘If it weren’t for forgiveness, I wouldn’t be here surrounded by the most amazing family,’ said Nate before opting to give Faith a second chance.

It was a reprieve that Chas (Lucy Pargeter) then instructed Faith not to squander, but Nate’s big-hearted gesture ended up infuriating Cain, who was in no mood to exonerate his mum.

‘I have forgiven enough this past year to last me a lifetime,’ he seethed, a veiled reference to Nate’s affair with Moira. After telling Nate that he’d stabbed him in the back, Cain told his son to leave, saying, ‘Get out before I do something I regret’.

Next week’s Emmerdale drama will see Moira (Natalie J Robb) defending her vote to Cain and pointing out that she was only trying to help him build bridges with his estranged mother.

But Cain can’t be convinced, and with the fractures within the family showing no sign of being mended, Paddy (Dominic Brunt) questions whether Faith is creating too much misery by sticking around.

The trouble is, Faith overhears this whispered conversation and decides to pack her bags once again, feeling that her presence is doing more harm than good.

But as Faith makes an attempt to leave, she’s stopped in her tracks by Moira, who’s flabbergasted that the Dingle matriarch was going to sneak away without saying goodbye.

But can Faith be convinced to rethink her plans? Or is this set to be the briefest soap comeback of all time?