Sad news, Bachelor Nation: Carly Waddell from Bachelor in Paradise season three is currently in the hospital. Though her estranged husband, Evan Bass (whom she met on BiP), didn’t share the specific details of what caused Carly to end up in the hospital to begin with, he did take to his Instagram Stories to update their fans on her condition and told followers that she’s in “rough shape” and that a follow-up visit is possible.

“Carly’s first ambulance ride – she’s gonna be ok and, my goodness, this brings back some memories,” Evan captioned a short of Carly lying in a hospital bed. 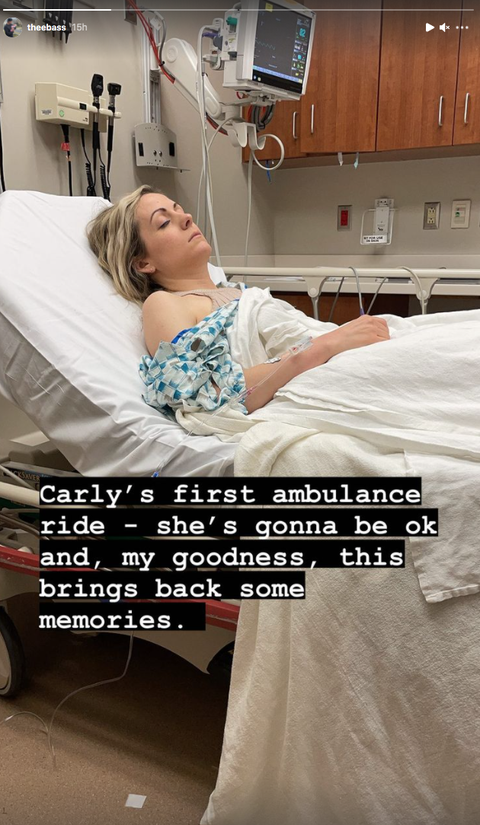 “Thanks for all the prayers and support. After 9 hours we left the hospital but she’s still in pretty rough shape and may have to go back,” he said, giving some details on Carly’s condition. “Continued thoughts and prayers are so appreciated. And she knows she’s beloved.”

“I know y’all wanna know what’s going on but it’s her health and story to tell if she wants to share. (I did get her permission to share photo from earlier so you can relax Jan from Wisconsin),” Evan continues. “In all the madness, she lost her phone and really needs to rest so it might be a bit.” 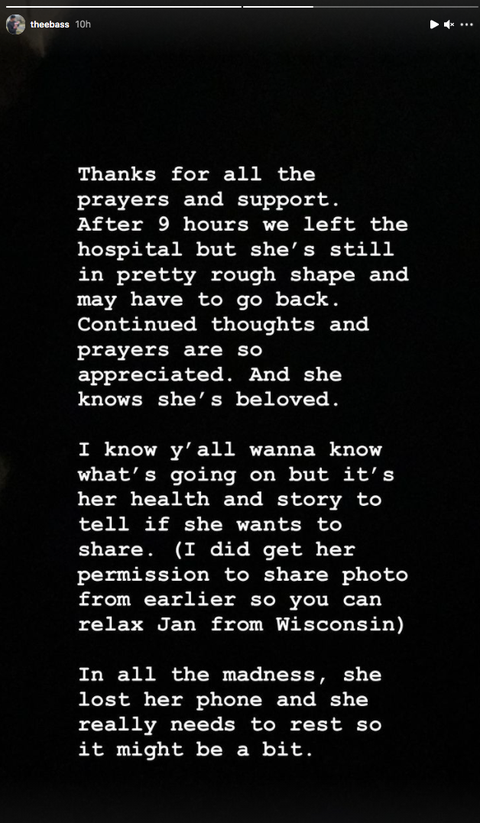 Some intel on Carly and Evan—the pair met on Bachelor in Paradise season three back in 2016 and married a year later. After three years together as spouses, the couple decided to split. They share two children together.

Glad to see that Evan is keeping Carly company as she recovers—wishing her the absolute best. ❤️