Strictly Come Dancing fans have already seen four couples have to depart the dance floor as the competition hots up. Tonight, the eight celebrities will be back to try and impress the judging panel with another routine. One duo who are hoping to move up the leaderboard are Caroline and Johannes who will be taking on the Cha Cha tonight, however, the pair have opened up about a struggle in the rehearsal room as the latter admitted he keeps mixing up his current partner’s name with that of his partner last year, Catherine Tyldesley.

On Thursday night, the duo appeared in good spirits as preparations for their upcoming routine entered their final stages.

But Gethin soon told the pairing: “You’re the only people who have a problem with the Cha Cha?!

“So this guy,” added the host, pointing to Johannes, “Two-time South African Latin champion, you’re in good hands, but actually you don’t love the Cha Cha?”

And Johannes soon explained his solid reasoning by not being such a fan of the dance. 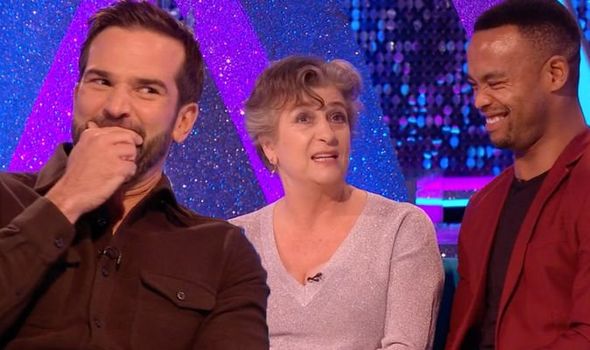 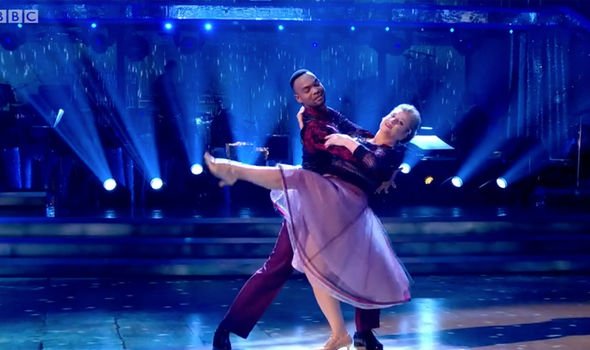 The professional replied in a higher-pitched voice: “No I don’t, I was eliminated on the Cha Cha Cha last year.”

“So, it’s not so such the dance then?” probed Gethin, with the star confirming: “No, it’s the memories!”

Last year, Johannes was paired with ex-Corrie actress Catherine Tyldesley in his first competing series of the BBC show.

But fans will remember Catherine and Johannes were eliminated after performing the same dance to Scared of the Dark by Steps in Halloween Week. 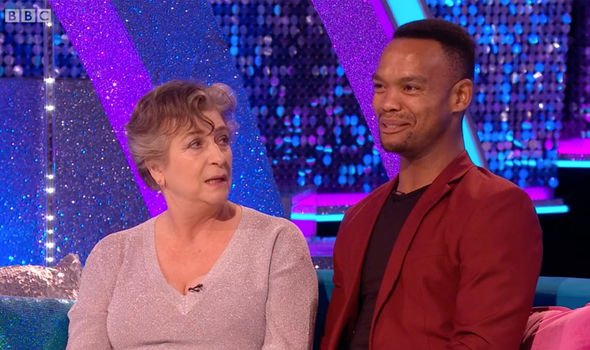 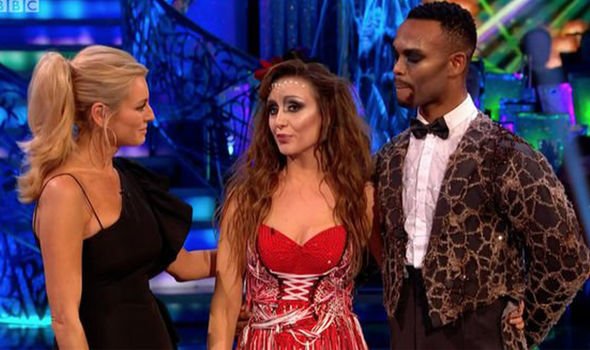 Caroline asked: “Are you superstitious because you and Catherine got knocked out at exactly this time last year with the Cha Cha Cha ?”

“I don’t know why that would worry you, thanks for bringing that up Catherine,” she added.

Gethin quipped: “And stop calling her Catherine in rehearsals as well with Caroline echoing: “Stop calling me Catherine!”

“Why do you keep calling her Catherine?” Gethin asked.

And Johannes pointed out the similarity between the two names, replying: “Caroline…. Catherine… you know what I mean?”

Tonight the pair will be hoping to impress with the routine as they dance to ‘Rescue Me’ by Fontella Bass.

However, the odds are not in their favour this evening as they look the favourites to be eliminated in tomorrow night’s show.

Bookmakers Ladbrokes make Caroline 6/4 odds to leave on Sunday night with JJ Chalmers close behind at 7/4, with Bill Bailey the current favourite.

Clara Amfo, Maisie Smith and HRVY 6/1 apiece to win the series, so the latter seems well within a chance to take the title.

Ladbrokes said: “Bill’s got the series wrapped up already as far as the odds are concerned, but it looks as though Caroline’s time on the dance floor is all-but over.”

But will Caroline manage to pull it out the bag this evening and make it through to another week of the competition?

Strictly Come Dancing continues tonight at 7:25pm on BBC One.