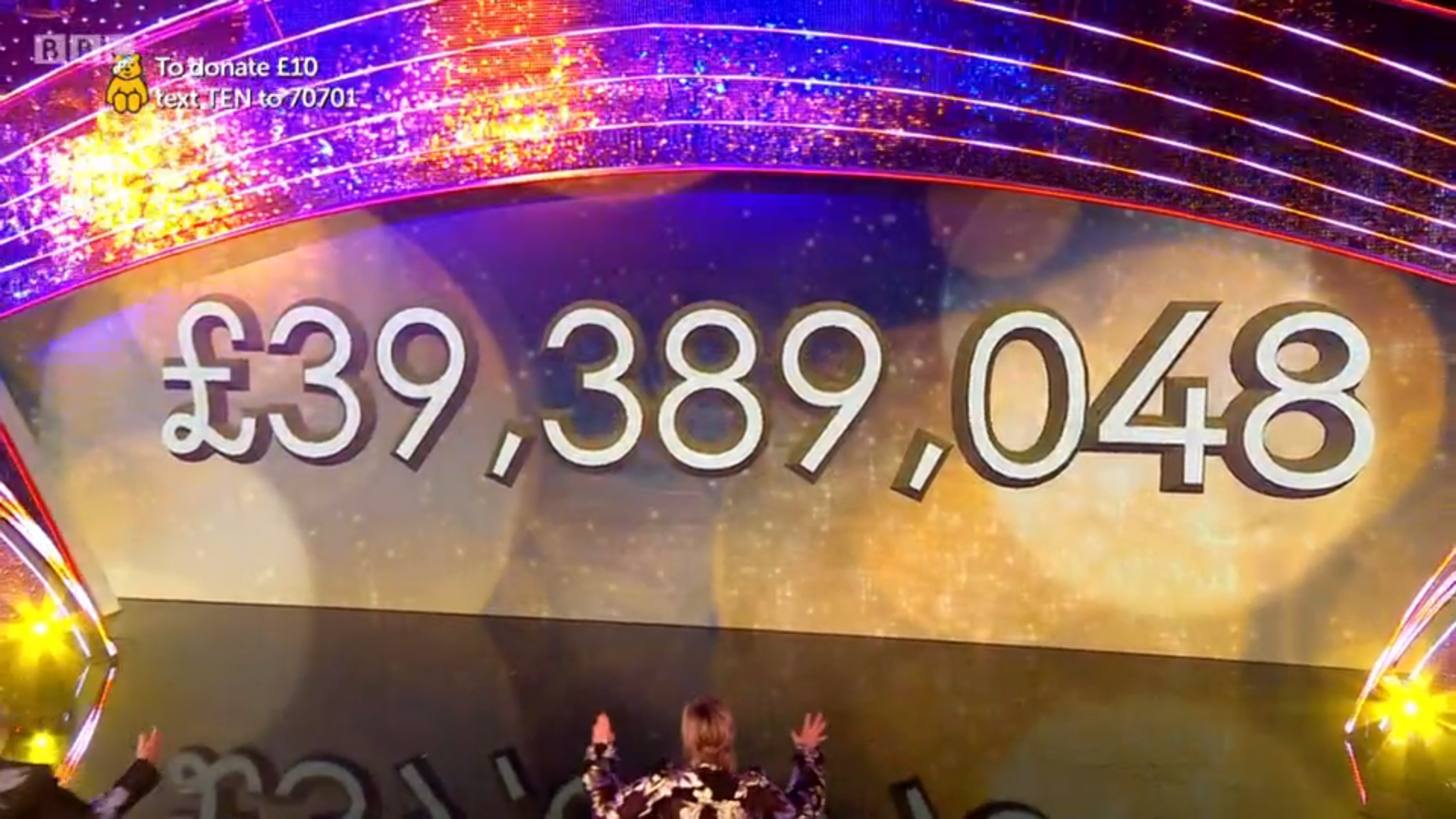 Children In Need 2021 has raised an incredible amount of money for charity, with the final total at the end of the programme reaching over £39million.

Tonight’s show featured an array of entertaining segments, including musical performances from Ed Sheeran and Tom Grennan as well as special editions of beloved TV programmes, including The Repair Shop and First Dates.

At the end of the show, hosts Graham Norton and Mel Giedroyc announced that the total had reached a whopping £39,389,048.

This means that the show has beaten last year’s total, which reached over £37m.

What an incredible achievement!

Several people who tuned in to watch the show celebrated the news of its total on social media, with one person tweeting: ‘Wow close to £40 million. That’s insane. Wonder what the complete final total will be.’

A number of people shared how emotional the show made them, with one person saying: ‘Watching #ChildreninNeed so emotional. my babies are getting extra bedtime cuddles tonight.’

‘Watching @ChiIdreninNeed with a lump in my thoughts all the way through. Such emotional stories of kids and adults dealing with challenges that puts life into perspective,’ another individual remarked.

Children In Need 2021 was a jam packed affair, with Charlie Brooks and and Simon Gregson taking part in an EastEnders and Coronation Street crossover as their respective characters, Janine Butcher and Steve McDonald, met at the First Dates restaurant.

Meanwhile, Paddy McGuinness, Jimmy Carr, Alison Hammond and Amanda Holden filmed a special version of their programme I Can See Your Voice, where they have to guess whether people are good singers or not based on their lip sync performances.

This year’s Children In Need was the first time that it was held at the BBC’s studios in Salford.

The fundraiser, which first aired in 1980, featured appearances from celebrities including Stephen Fry, Niall Horan, Anne-Marie and Harry Maguire.

Several RuPaul’s Drag Race UK stars also took to the stage, joining Louise Redknapp in a performance with the cast of the 9 to 5 musical stage production.