Chuck Lorre unveiled his custom vanity card No. 669 at the end of each of his four comedies on CBS’ Thursday night lineup, with a tribute to former Warner Bros. Television Group chairman Peter Roth.

“Retirement’s not an option, for men such as he. Peter’s thinking show biz, while he’s sitting down to pee,” Lorre wrote.

In the card, Lorre recalls how he was recruited by Roth to Warner Bros. TV in 2000, with an overall development and production deal. It includes a mention of Leslie Moonves, who was fired by CBS in 2018 because of sexual misconduct allegations.

“But long before the virus raged, before the age of SVOD, a deal was struck, to reel in Chuck, and pray he pleased the Les god,” the card read.

He also recounts the two to three years in which it appeared the deal had yielded nothing, only to be saved by Lorre and Lee Aronsohn’s uber-succesful comedy Two and a Half Men.

“A year went by, then two, then three, Peter’s bet seemed a dead end. Until one day, CBS in May, picked up Two and a Half Men.

“With syndication vindication, an executive’s nirvana, Peter was eating dinner now, by the front window at Toscana,” Lorre wrote.

Lorre’s custom vanity cards go back to 1997 with the launch of his ABC comedy Dharma and Greg.

You can read it in full below. 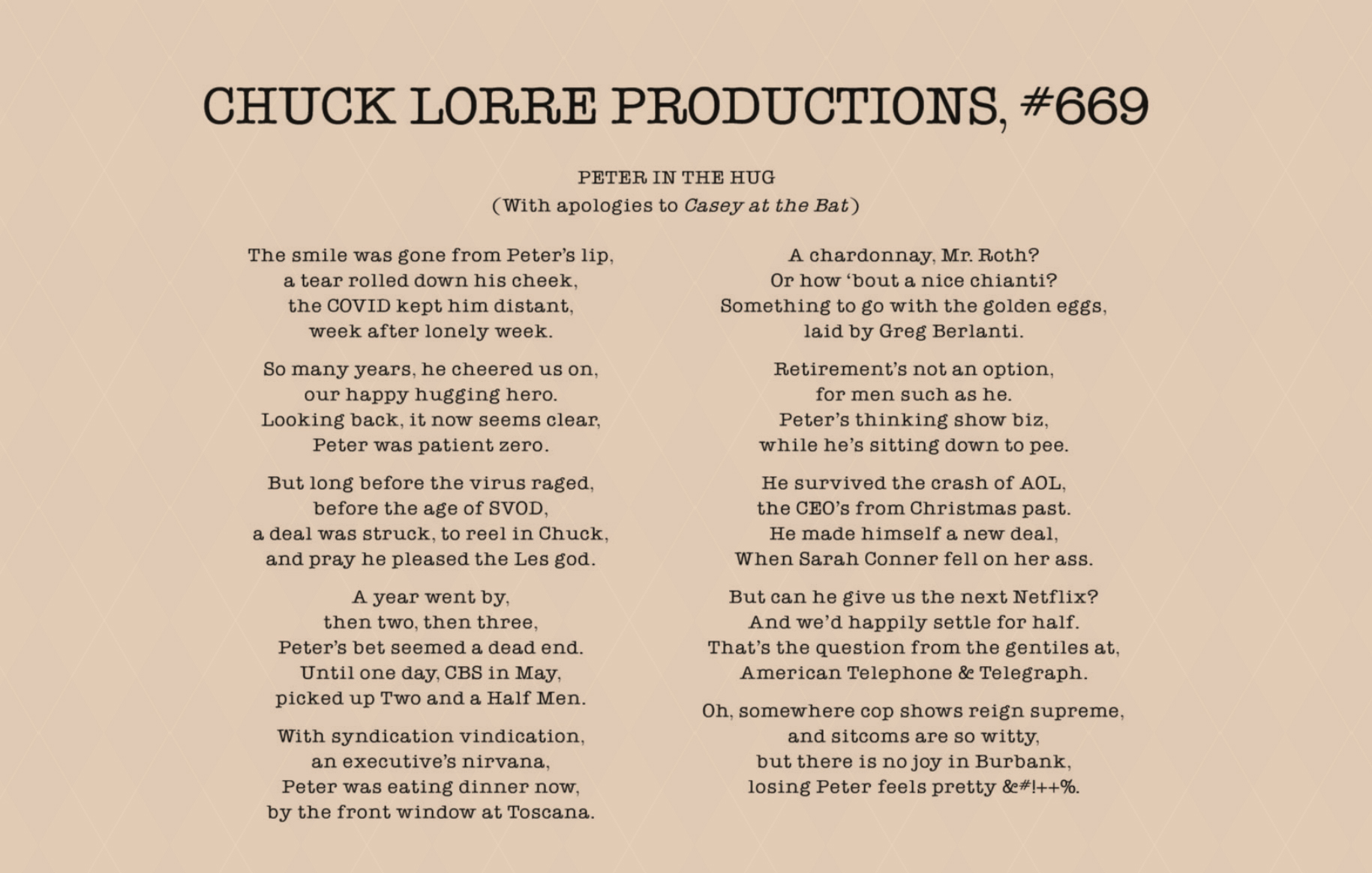