Coronation Street resident Carla Connor (played by Alison King) has had her fair share of ups and downs during her years on the cobbles but the next few weeks will see past come back to haunt her when she is targeted by some new faces on the street. Tonight’s episode will see the arrival of mysterious Chelsey (Isobella Hubbard), who will start to ask questions to other residents about Carla before coming face-to-face with the barmaid. With Carla’s past set to be exposed in upcoming episodes, could she end up in grave danger?

When her best friend Rana Habeeb (Bhavna Limbachia) was killed in the factory collapse, Carla struggled to cope and soon went off the rails.

She was taken to a hospital in Carlisle to recover but this happened off-screen so this time period is yet to be explored or discussed.

Carla has since returned and has settled down into a much quieter life, with Peter Barlow (Chris Gascoyne) by her side. 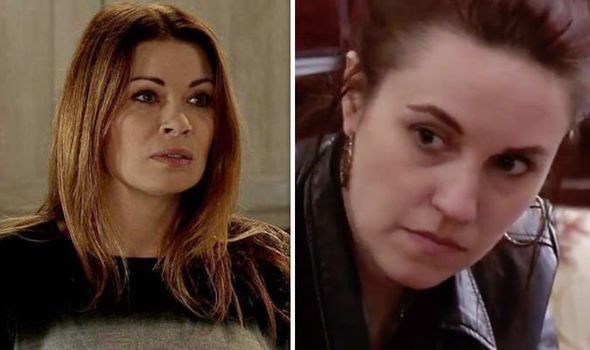 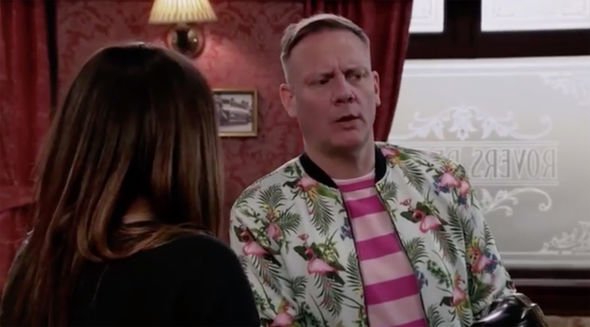 However, her partner has never been able to get to the bottom of what happened during her absence but it seems like it won’t be long until the truth comes out.

Carla will be confronted by a young woman named Chelsey tonight whilst working in the Rovers.

It comes after she fires questions at Carla’s friend Sean Tully (Antony Cotton) about the Rovers’ barmaid, looking to get to the bottom of who she is.

An official preview clip ahead of this evening’s instalment sees Carla become panicked when she spots the young woman sitting in the pub. 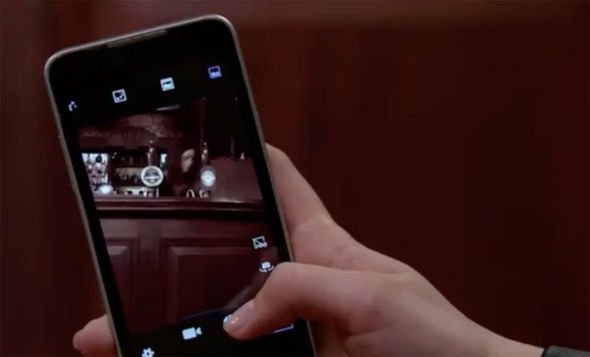 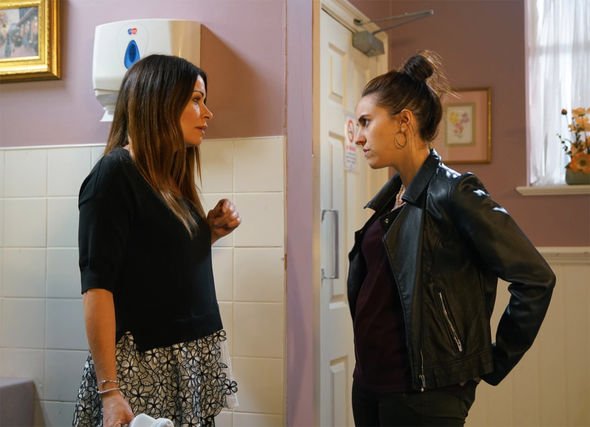 Carla asks Sean: “I saw you talking to that girl over there earlier,” with Sean replying: “We had a bit of small talk… before I realised she didn’t look healthy.”

As Carla probes him on what the pair spoke about, he says: “She just said she liked the atmosphere of the pub and asked me if you ran it.”

“What did you say?” questions Carla, with Sean noting: “I said you were in charge, but look, I’ve got to go.”

As Sean rushes off Carla asks: “You didn’t mention me by name, did you?”

Her friend replies: “I don’t know, maybe I did… maybe Brian (Paul Gunn) did?”

As the pair say their goodbyes, Cathy (Melanie Hill) asks for a repeat of her order but it becomes clear the visitor has a more sinister motive.

She can be seen discreetly taking snaps of the barmaid but her reasons are yet unknown to viewers.

Spoiler pictures have confirmed Chelsey will later follow Carla to the loo and reveals she knows who she is – but how?

Chelsey won’t be the only person who comes from Carla as another new face will arrive in Weatherfield next week who looks to cause further trouble.

Corrie producer Iain MacLeod previously told Radio Times: “Now Carla is back on an even keel psychologically we wanted to revisit her mental health crisis, specifically when she went missing during that time.

“It’s an opportunity to fill in the blanks and reveal something we didn’t know previously.

“There were glimpses of her in a hotel and a squat, but when she was found she had no recollection of how she got there and we simply don’t know what happened.”

Will Carla end up dragged into a dangerous situation as the two new arrivals bring back some truths about her past which she is forced to deal with?