Coronation Street resident Gary Windass (played by Mikey North) bravely stepped in front of an oncoming vehicle in order to save Sarah Platt (Tina O’Brien) earlier this month. However, with Gary due to marry Maria Connor (Samia Longchambon) next week, things look to get even more pear-shaped after David Platt (Jack P Shepherd) walked in on Gary and Sarah confessing some secrets not to be shared. But what lengths will Gary go to in order to keep David quiet?

Sarah and Gary have had a turbulent romance, having now both decided to move on with Adam Barlow (Sam Robertson) and Maria respectively.

Tonight’s episode saw Maria and Gary prepare for their wedding day but in typical Coronation Street fashion, there was drama around the corner.

Adam revealed to his love-rival he had decided to call off his relationship with Sarah after suspecting she still had feelings for Gary.

In tonight’s episode, Gary and Sarah were forced to confront how they truly felt for each other – before being rudely interrupted. 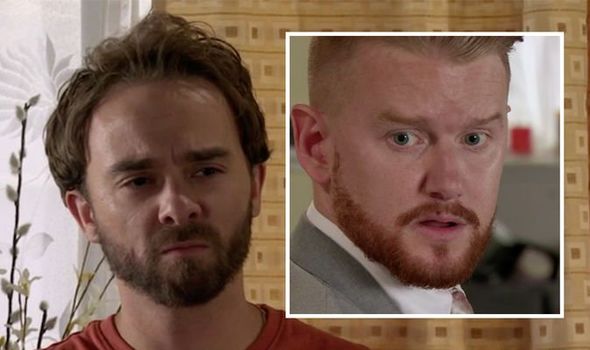 But will Gary be forced to think of a way to keep Sarah’s loudmouth brother quiet?

With just moments to go before his impending wedding to Maria, Gary decided to pay his true love a visit.

Speaking of his enemy, Gary said: “He says you’re a free agent now,” leaving Sarah shrugging off the comment. 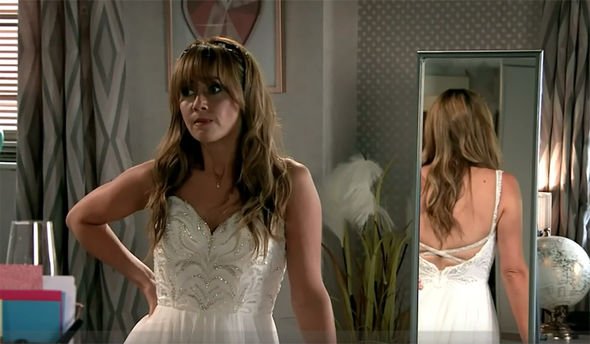 As their argument continued, Sarah urged him: “Seriously just go and get married, you don’t have to worry about Adam.”

However, Gary wasn’t so sure, insisting Sarah had told her husband what he’d been up to, adding: “Stop lying to me.”

“It’s always about what you need, you are a piece of work,” she replied.

“You kill Rick, my marriage comes to an end, my whole life is in chaos, how is that fair?”

Gary commented: “Maybe if you’d smashed that watch into a million pieces instead of playing the world’s worst detective.”

However, as things got tense, Sarah brought up the question of Gary’s feelings for her once more.

She said: “Gary, so today I’m killing you and two weeks ago you’re telling me you’re still in love with me?”

But before he could respond, David walked in to heat things up further – but will he decide to keep quiet?

Earlier on in tonight’s episode, Maria had asked David – a close friend of hers – to act as a witness at her wedding to Gary.

Will David have unwittingly put himself in danger simply in a case of wrong place, wrong time?

It’s still yet to be revealed whether Maria and Gary will go through with their wedding but it’s looking increasingly less likely.

How will Gary react to the threat of someone close to Maria discovering the truth about his murderous past – and his true feelings for Sarah?