Evelyn (played by Maureen Lipman) and Arthur Medwin (Paul Copley_ recently planned a trip away but their holiday was cut short when the shop assistant refused to allow her lover to share the same bed. The pair rushed home and it looked like their relationship was on the rocks. However, Evelyn eventually softened up a little and agreed their should go away again but this time sleep together. Arthur agreed but he’s been acting rather shifty since and Coronation Street viewers have seen him slipping into hospital in the evening – what is he hiding and will Evelyn forgive him for keeping such a big secret from him?

This week, Evelyn will suggest to Arthur that instead of spending a weekend away, they enjoy a month together.

Arthur is stunned and quickly makes excuses before rushing out and leaving Evelyn alone and devastated.

She later demands to know why her partner doesn’t want to spend more time together and while Arthur tries to explain, he struggles with his emotions.

Not wanting to hurt Evelyn, he lies and says he thinks they should call it a day. 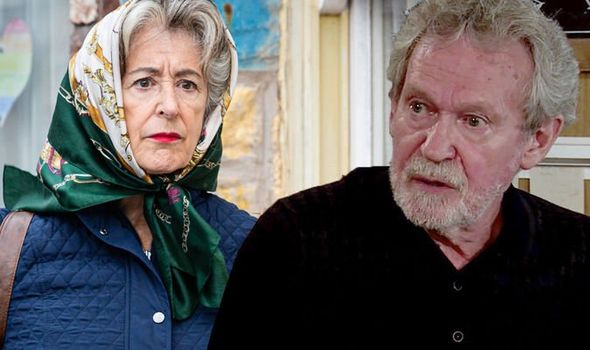 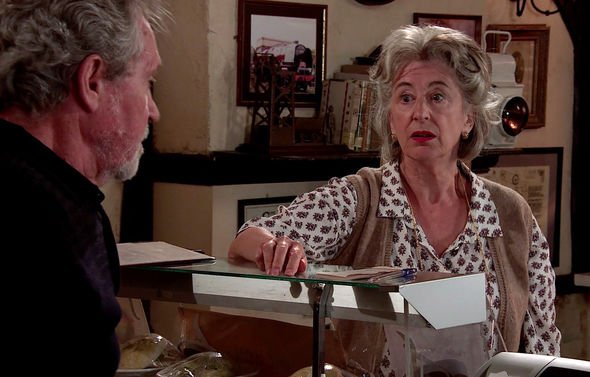 Evelyn tries to hide her heartbreak as she heads back to Dev’s (Jimmi Harkishin) to ask for her job back.

She explains her relationship is over, her holiday is cancelled and she wants to return to work.

It’s not known if Dev will agree to letting Evelyn return but when Toyah Battersby (Georgia Taylor) overhears, she explains she saw Arthur at the hospital.

Worried something more serious is going on, Evelyn will rush to the hospital to demand answers from Arthur. 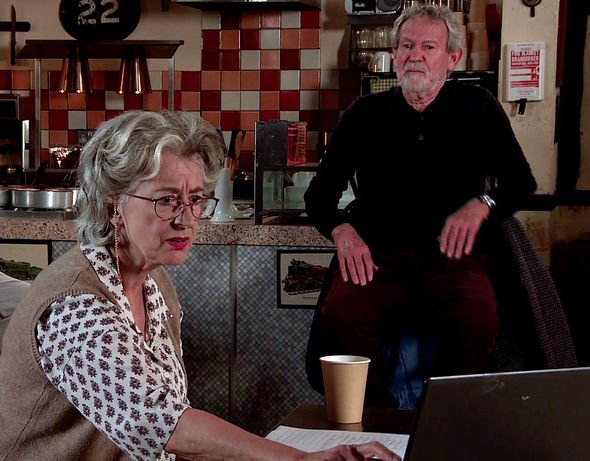 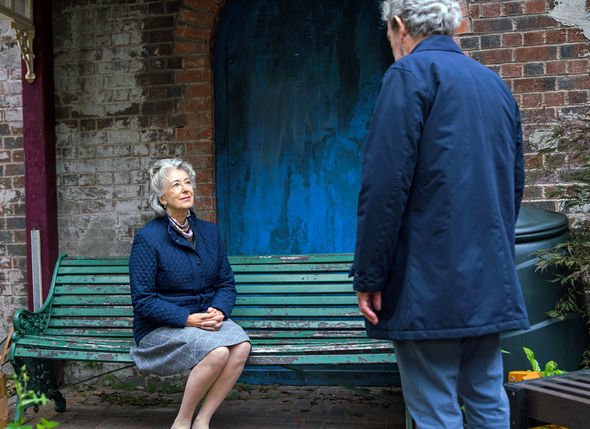 She is distraught when she learns the real reason he has been sneaking off to the hospital – will it be the end of the couple?

Reflecting on the storyline, Dame Maureen who plays Evelyn explained her character can “never forgive” Arthur once she hears his secret.

She detailed: “She has strong feelings for Arthur and gives him plenty of slack because she knows her predilection for emasculating men who fancy her.

“When he lets her down she is hurt. It has taken a lot to let her guard down enough to even consider any intimacy.

“She’s actually dead scared to get her vest off, as she hasn’t considered what’s underneath for twenty years!”

Addressing how Evelyn feels when she is rejected, Dame Maureen continued: “She hates feeling hurt because it makes her weak so she lashes out defensively. Hell hath no fury like a woman scorned.”

Unfortunately for fans of Evelyn and Arthur, it seems their romance could be over for good once the truth comes out.

Dame Maureen teased: “When he reveals why he’s been deceiving her she chooses to send him packing.

“To save herself from feeling pain, now or in the future.

“She could forgive him – his dilemma is so credible and understandable – but she closes up the fortress gates. As she always has.”

Fans will have to wait and see what Arthur has been hiding and why Evelyn is so upset.

Could it be that Arthur is dying and he didn’t want to let Evelyn know he didn’t have long left?

Or, could he be seriously ill with the same disease someone else close to Evelyn suffered from bringing back heartbreaking memories?

Coronation Street continues Monday on ITV at 7.30pm and 8.30pm.