For the last two years, Coronation Street has been airing a coercive control storyline between Geoff Metcalfe (played by Ian Bartholomew) and Yasmeen Nazir (Shelley King). But in upcoming months, Geoff’s demise is going to play out and the actor who plays the master manipulator has spoken out about his current storyline arc, and how this is “the beginning of the end”. How will he get his comeuppance? Perhaps it will have something to do with Alya Nazir (Sair Khan)…

Tim Metcalfe (Joe Duttine) supported his father for many, many months, despite the whisperings in Weatherfield about what went on behind closed doors between Geoff and Yasmeen.

However, there was a major turning point recently when the taxi driver learnt what his father was really capable of.

“Now that Tim is in the picture, I think we have to view this as the beginning of the end for Geoff,” Ian said. 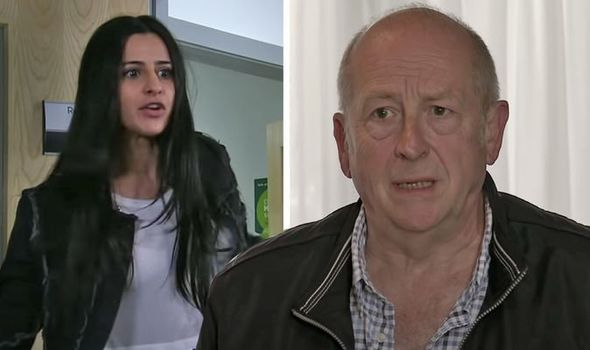 “And I don’t think it will end well, whatever happens.

“We love to hate a baddie, and see someone like Geoff get his comeuppance, so I suspect that he will.

“Let’s be honest – Geoff is going to get it!” the actor told Inside Soap.

But how will justice be served? 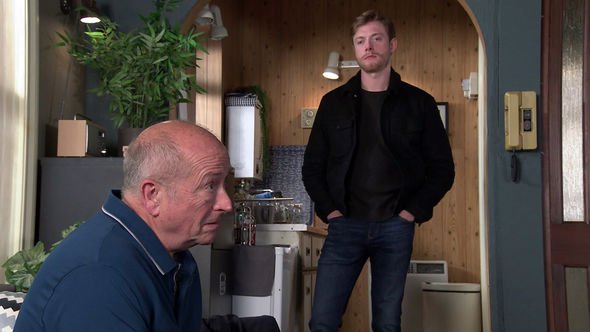 The soap is keeping tight-lipped over details regarding the upcoming court case which will see Yasmeen stand trial for attempting to murder Geoff.

Could something sinister happen before then?

Alya has also been a victim of Geoff’s torment, especially as she unearthed his true characteristics.

Later this week, Geoff will accuse the Speed Daal worker of stealing from him. 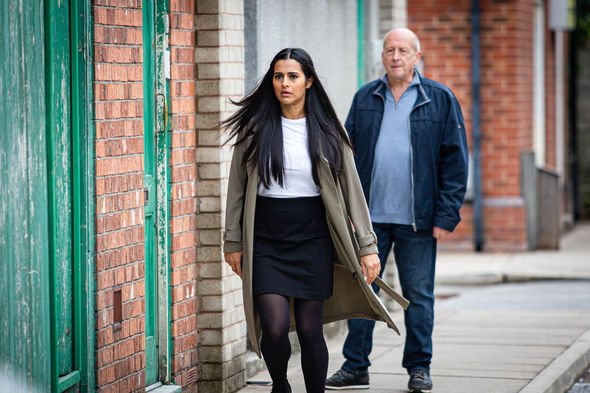 It comes as the magician accidentally leaves an envelope of cash at Adam Barlow (Sam Robertson) and Imran Habeeb’s (Charlie De Melo) office.

Geoff, who drops round to probe the solicitors about any legal case developments, walks out without the money.

It is in fact Daniel Osbourne (Rob Mallard) who is the thief, but before Geoff realises that, he targets Alya.

There has been speculation the young woman will end up getting attacked by Geoff.

To find out details of coronavirus in your area, please fill in your postcode below.

Will a fight ensue and Geoff be the one to end up getting hurt?

This would be an almighty twist in the storyline which would see Yasmeen escape legal justice, but revenge would be served.

How is this storyline going to end?

Coronation Street airs Monday, Wednesday and Friday at 7.30pm and 8.30pm on ITV.