Coronation Street are gearing up for an explosive Christmas which will see a shotgun rampage and one character potentially ending up dead. Before the drama unfolds, official soap spoilers have revealed how Fiz Stape (played by Jennie McAlpine) is going to lose everything – her children, house and relationship as Jade Rowan (Lottie Henshall) takes her down.

It comes as Jade’s true identity was revealed, she is the daughter of John Stape (Graeme Hawley), Fiz’s husband who had an affair with Rosie Webster (Helen Flanagan) when she was a public at the local school.

When Kevin Webster (Michael Le Fell) found out, he was furious, but his anger had a negative effect on John as he kidnapped and held Rosie hostage for five weeks.

Luckily, she managed to escape and John spent two years in jail, where Fiz was proposed to. 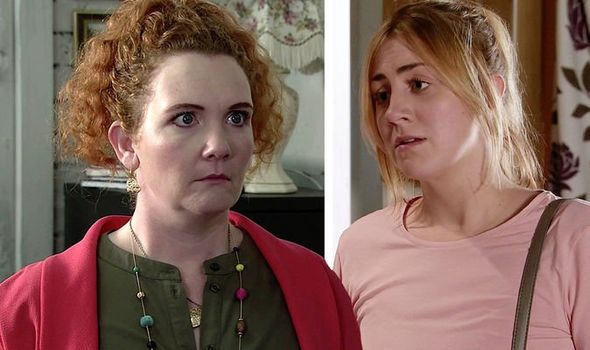 When he was released from prison, he stole the identity of an emigrating ex-colleague, Colin Fishwick, so that he would be able to be a teacher again.

But when the real Colin found out he confronted John, but he unexpectedly died of a sudden brain haemorrhage and was buried in the floor of the Underworld Factory.

Now, in a bid to get revenge Jade is doing everything she can to get her half-sister, Hope, away from Fiz.

The actress who plays Fiz, spoke out about the current storyline and how Jade is out to destroy her life completely. 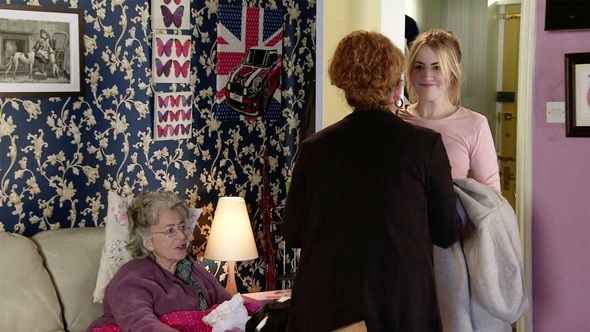 As for how the drama has affected Fiz’s relationship with Tyrone Hobbs (Alan Halsall), Jennie said: “This has been a very tricky time for them both. Fiz thought that having Jade there was helping matters, totally unaware that she was stoking the fire – literally!”

In previous scenes, Jade was asked to move out of their house and Jennie expanded upon this: “Evelyn Plummer (Maureen Lipman) is behind it as she still doesn’t trust Jade and never wanted her to come back to stay over Christmas.

“But this has resulted in Jade using all the ammunition she has been building up or creating about Fiz in her last ditch attempt to get Hope away from Fiz. 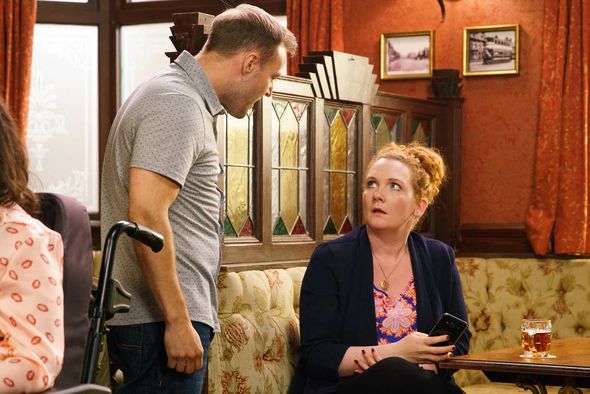 “There is a knock at the door and it is social services saying that doctors are concerned about some injuries Hope has had.”

Perhaps surprisingly for some viewers, Fiz’s daughter Hope will cooberate the story.

“There is a knock at the door and it is social services saying that doctors are concerned about some injuries Hope has had,” the actress added.

“Kevin steps in and says they can stay at his which is a better alternative than them being taken into care at this stage.”

But, understandably the girls are confused about what’s going on, and sneak from Kevin’s house back to see Fiz.

However, this has dire consequences for Fiz.

“Jade has been watching and reports it to social services who say that the girls must now go into care as Fiz has breached their terms,” Jennie explained.

It is only a matter of time until the truth about Jade’s menacing actions are exposed and Jennie said: “It will be interesting to see what happens, it would be easy for Tyrone to blame Fiz for bringing Jade into their lives.

“At the end of the day Hope is not his daughter but I do think they are strong and can get through this.”

Considering the lengths Jade is willing to go to ruin Fiz, will she end up killing her in a last ditch attempt to get Hope?