Considering he has been in Weatherfield for over a year, not many Coronation Street fans know why Ray Crosby (played by Mark Frost) is around. In recent scenes of the ITV soap, the businessman explained his plans to take over the cobbles and acquire as many companies and properties as possible. But, some have begun theorising his involvement in the specialist treatment Oliver Batterby needs to prolong his life. Has the seedy entrepreneur set up the whole thing in a big scam?

This week, Leanne Battersby (Jane Danson) vowed to keep fighting for her son and the experimental treatment a doctor in Germany initially offered.

But, following extensive conversations between the hospital where Oliver is currently receiving care and this one in Europe, the doctors decided the child was too ill to be considered for the medical trial.

Understandably, Leanne was furious and has decided to take matters into her own hands and begin a legal battle to try and overturn the professionals decision.

Alongside this, should Oliver be considered for the trial, it would cost Leanne and Steve McDonald (Simon Gregson) hundreds of thousands of pounds. 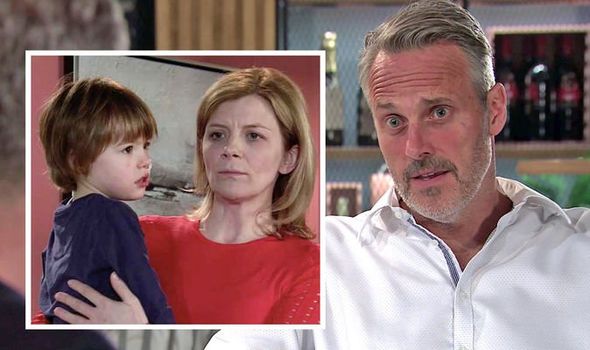 And fans have begun to grow weary of whether the medical treatment is actually legit.

Taking to Reddit to discuss, someone posted: “I’m going all in and saying that Oliver’s experimental treatment is a scam and that it was setup by Ray.

“We’ve already seen that he was somehow able to have a sinkhole created at David’s house so setting up an online presence for a fake foreign doctor wouldn’t seem like too much of a stretch.

“What better way to get his hands on potentially three more businesses on the Street than by creating a need for some quick cash among the owners?”

The “three more businesses” are in reference to Steve’s Street Cars and Preston’s Petals, as well as Nick Tilsley’s (Ben Price) share in Underworld.

“[They could be] doing just the kind of experimental treatment that Oliver requires and wait for it to be discovered by one of the people involved.

“If nothing came of it then he’s lost nothing but this way the victims come to the scammer and it is less suspicious,” the comment explained.

“I don’t know if he set up the scam but I can definitely see him benefit from it,” another mentioned.

Many also spoke about Oliver’s treatment being a scam in itself, regardless of whether Ray is involved or not.

“Am I reading too much into this storyline?” Another thread asked. “The treatment suggested for Olli, seems fake.

“When the doctor she was talking to has not yet seen any scans, charts etc or spoken to his current doctors, it can’t be real.

“I know the writers take liberties with realism but this seems too far fetched.”

“From the start I thought it was either a scam or Olli is going to just be a guinea pig for a treatment with no benefit to him,” a fan replied.

“He’s too far gone to make any sort of recovery that would give him even a tolerable quality of life.”

“I thought it straight away! Deffo a scam,” someone remarked.

Another added: “I don’t think for one minute they will cure him, but I do think they will use him for their own ends, which isn’t necessarily unethical if they learn from it and in the end some useful treatment comes out.

“They haven’t promised to cure him, they said it’s experimental.”

Could Ray go to these extreme lengths just for power?

Coronation Street airs Monday, Wednesday and Friday at 7.30pm and 8.30pm on ITV.