Coronation Street resident Robert Preston (played by Tristan Gemmill) is going to be left furious next week when he finds out about Michelle Connor (Kym Marsh) is going behind his back and accepting Ray’s (Mark Frost) deal to franchise the Bistro.

For the past few months, the Bistro chef has been leading a double life, engaged to both Michelle and Vicky Jeffries (Kerri Quinn) who is also carrying his child.

According to official soap spoilers released by ITV, Robert is going to make an unforgivable move, is this the start of his revenge on Michelle?

In next week’s episodes, Corrie fans will tune in to see Michelle explain to Robert the future plans for their business.

While he can understand her ambitions for the Bistro, he cannot help but feel betrayed that she went and signed the contract without even discussing the opportunity with him.

But the atmosphere between Robert and Michelle heightens when Ray reveals his intention to pay and host Sinead Tinker (Katie McGlynn) and Daniel Osbourne’s (Rob Mallard) wedding ceremony at his hotel instead of the Bistro.

While he is happy Sinead and Daniel get the big day they always dreamt of, Robert cannot help feel pushed out, especially now his catering skills are no longer required.

Furious and upset, Robert will storm out and heads in the direction of Vicky’s house.

Pictures from these scenes show Robert and Vicky sitting down having dinner together, and Robert takes this as a chance to tell Vicky he would like to stay the night with her.

But is Robert playing with fire? In previous episodes, Vicky has offered Robert the sofa, but now it seems Robert no longer cares about the consequences of his actions. 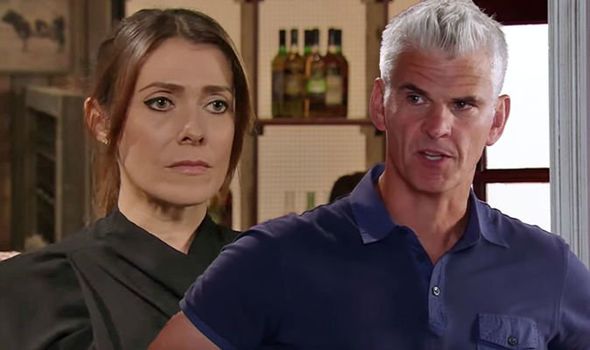 Does this turn of events mean Robert is become careless, and there for taking a huge risk at potentially exposing his lies?

Elsewhere in Weatherfield, Michelle is going to find herself in a very sticky situation.

Innocently inviting Ray to her hotel room to discuss the franchise plan in more detail, she is shocked to find him relaxing and casually wearing a bathrobe.

Explaining how he thinks they make a great team, Ray will make an advance and places his hand on her thigh.

Unsure of how she should respond, Michelle is left speechless and tries to remind him of the professional boundary they have in their partnership. 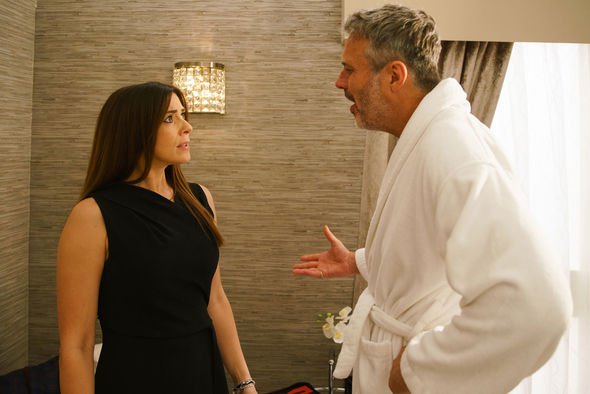 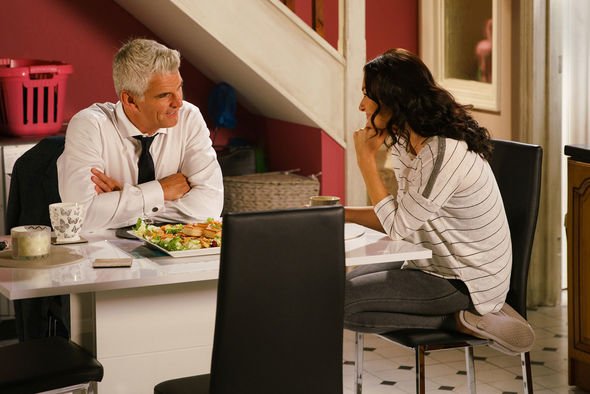 To make matters worse, Ray jumps on the defensive and insists he meant nothing by it.

It comes after ITV confirmed Sinead would sadly die from cervical cancer.

She has been battling the disease since last year and in upcoming months her fight will come to an end.