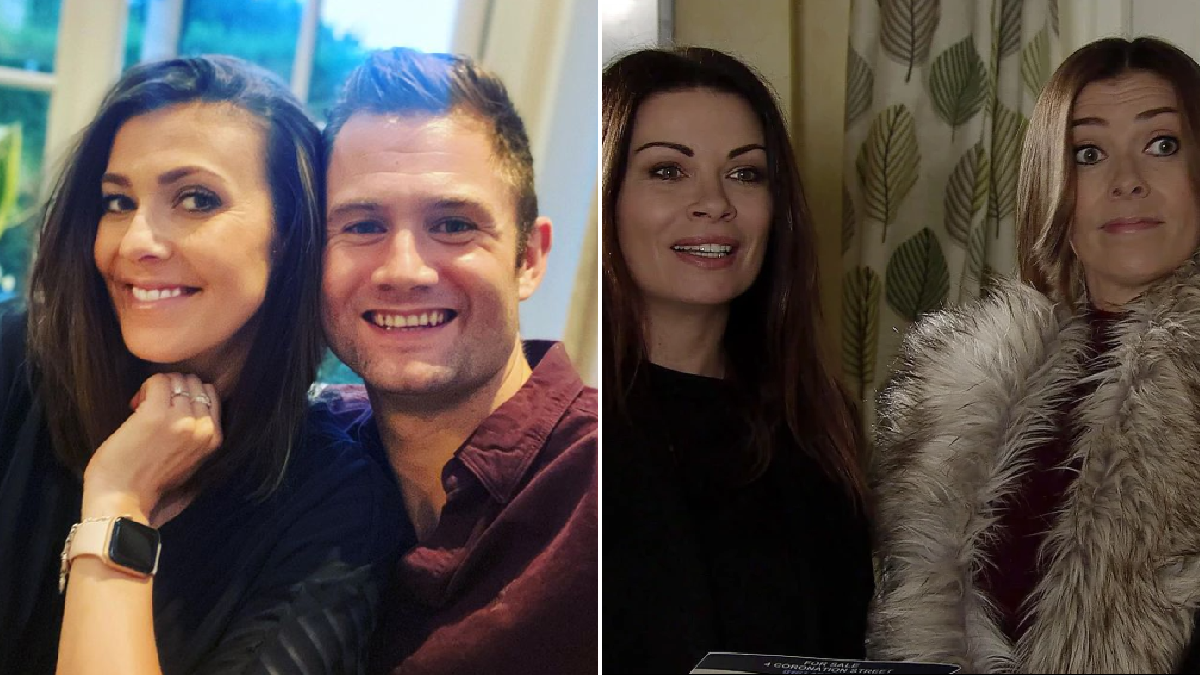 Kym was joined by plenty of her famous friends including Morning Live co-stars Gethin Jones and Janette Manrara, and many actors and actress from Coronation Street.

Speaking to OK! Magazine, Kym revealed what it was like to see her old colleagues and of course, very best friends:

‘Antony Cotton [Sean Tully] was Master of Ceremonies, so he was part of the bridal party – he’s very special as he introduced us.’

TV Presenter Carol Vorderman and Danny Foster from Hear’Say were also among the stars who attended the special day.

Away from her wedding, Kym Marsh is currently taking a break from presenting BBC One’s Morning Live.

The actress recently updated the Morning Live audience, revealing after her father’s incurable prostate cancer diagnosis, she would ‘take each day as it comes’.

Kym also explained how she had been suffering from anxiety and isn’t putting ‘pressure’ on herself to return in a fuller capacity to the show.

‘For now I’m just gonna take each day as it comes and not put any pressure on myself,’ she said.

‘So I’ll, I’ll check in on the Morning Live family with my own family for now… but don’t be getting too comfortable without me Gethin, please. I’ll see you on the dance floor at the wedding.’