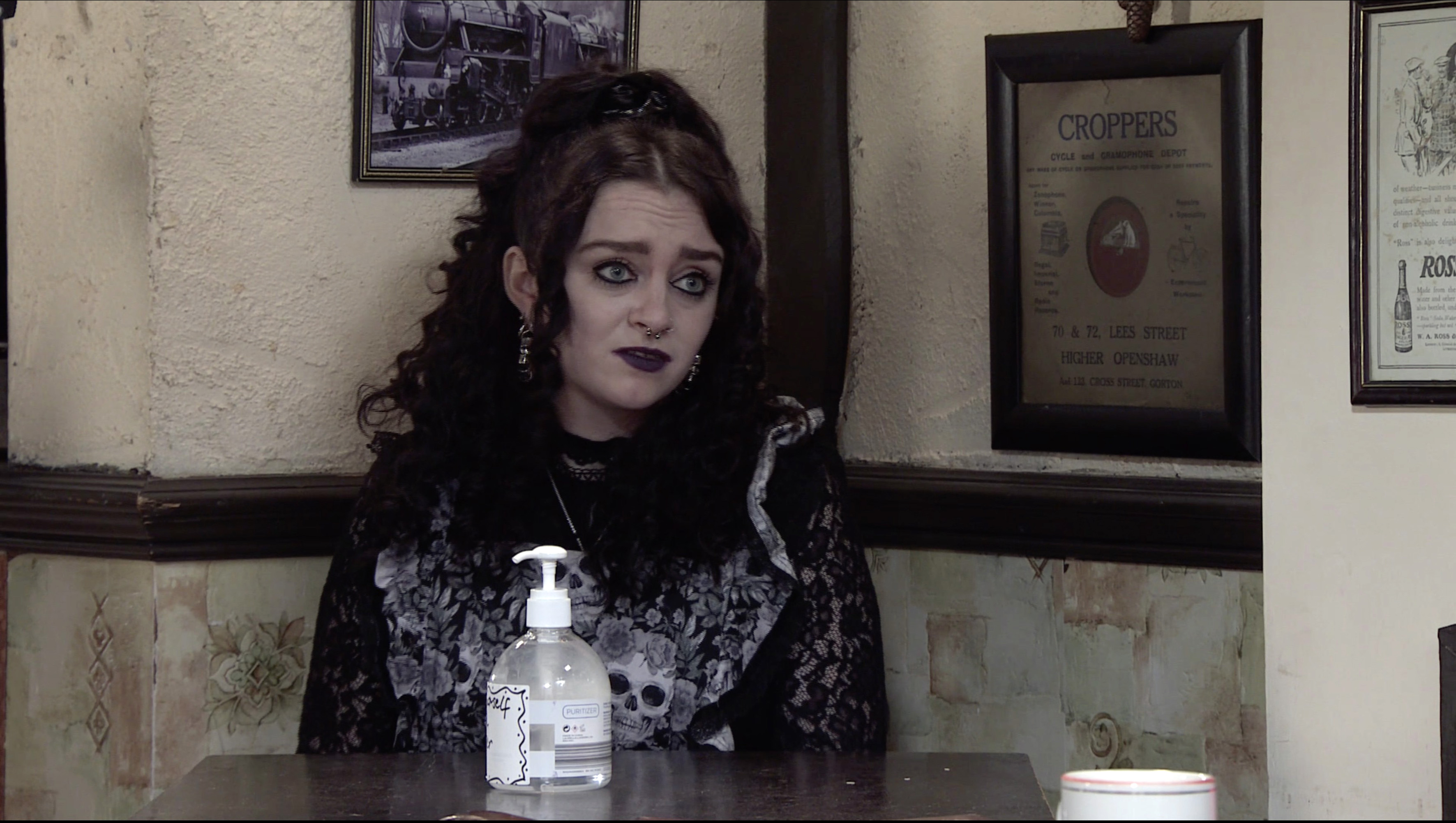 It was recently revealed that hate crime will be looked at in Coronation Street soon as Nina Lucas (Mollie Gallagher) and Seb Franklin (Harry Visinoni) are brutally attacked by a gang.

Nina and Seb’s relationship has progressed in recent weeks, but Nina’s Victorian Goth identity has resulted in some prejudice reactions and one person who has made his opinion on Nina’s sub-culture perfectly clear is Corey Brent (Maximus Evans).

Scenes in early May will see Nina and Seb out walking when Corey and his drunk friends will start hurling abuse. Nina and Seb will attempt to run away from the gang, but they are followed and find themselves subject to an unprovoked and vicious attack.

This storyline has connections to Sophie Lancaster and her boyfriend Robert Maltby’s attack in 2007. The couple were attacked in a park simply because of the way they looked and as a consequence of the attack, Sophie sadly died from her injuries.

In what are set to be some of the darkest scenes in the show’s history, actress Mollie Gallagher has revealed her reaction when she was told about this storyline:

‘I was told about the connection to what happened in real life with Sophie Lancaster which was absolutely heart-breaking. From the get-go I did lots of research, and we have been working with the Sophie Lancaster Foundation. I was so grateful to be doing this storyline on an issue which is so important to highlight, I wanted to do it justice. Knowing this has happened and does happen breaks my heart. It is so important to raise awareness on the issue and I hope the storyline does this.

Harry and I have been having zoom calls with Sylvia Lancaster and the team at the foundation which I’m really grateful for.’

Everyone should feel free to express themselves.’