The main talking point of Netflix’s Criminal will without a doubt be the filming techniques. The drama is a police procedural, focusing only on the suspect’s interview before they are charged. Criminal is rather unique as it is only set in three rooms: the interview room, the observation gallery and the corridor. As a result of this, the drama becomes incredibly small and claustrophobic, but the showrunners really wanted to achieve that.

Countering the small scale of the drama, the series spans the continent; three episodes are in the UK, three in Spain, three in France and three in Germany, each with a different core cast to accompany it.

Speaking to press including Express.co.uk about why they wanted to achieve this feeling, Criminal showrunners Jim Field-Smith and George Kay spilled on their decisions.

George revealed: “I’d written a blog for Channel 4 before and I was looking to see which constraints I could break through for the script. I saw this interview on ITV with a guy guilty of murder and the journalist was interviewing him. I realised I’d been watching this interview for half an hour and I’d changed my mind on whether he was guilty or not a few times.

“Really the news programme had not cut away much and at that point I thought there was a whole show in this. If he was too friendly he was guilty and the reverse.

“After chatting we had the idea to film it in three rooms because one room would have been just too crazy. We had this really neat situation where we’ve got the action in the interview, the irony in the observation room and the corridor which links the two. We made a rule that’s where they tell the truth. That unofficially became a space for people to breath and react honestly.” 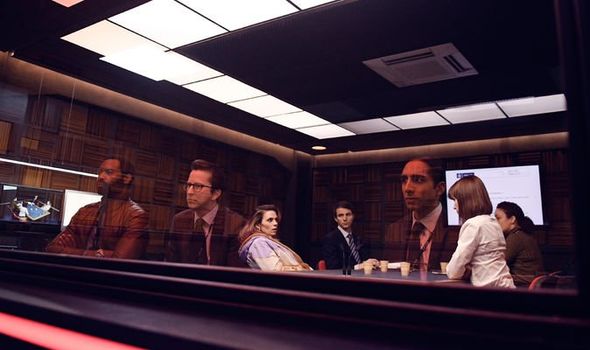 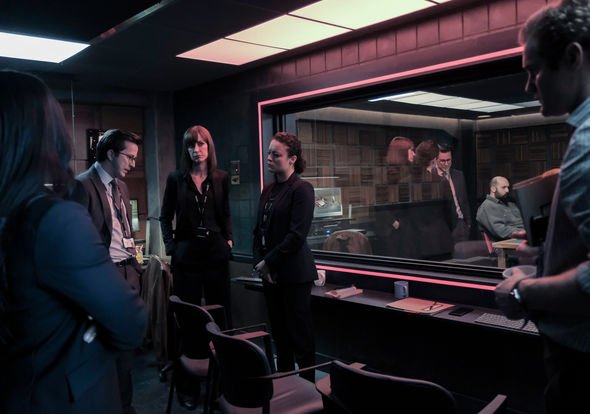 Director Jim added: “The idea was really contained and going against the trend at the time. What was partly appealing was the simplicity about it. Netflix saw the potential in it but also saw there was international potential in it.

“On a practical level it’s quite simple, but it’s ambitious in ways you wouldn’t expect. Just because it’s ‘small’ and in three rooms, it doesn’t have to be limited. You’re starting with this small idea initially but it’s ambitious and it’s been a real learning curve.”

What’s more, Jim and George were able to formulate rules for their restricted drama, ensuring collaborators from other countries were also on board with their vision.

Jim continued: “We could have made this show as a UK drama and that would have been great, but one of the strengths of this show is its breadth and its ability to communicate with filmmakers and actors in different countries. 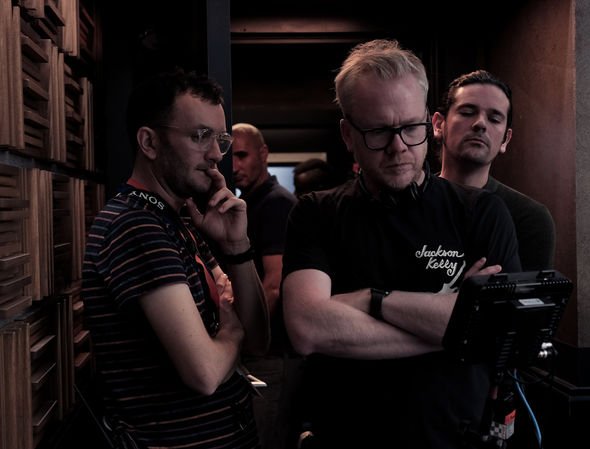 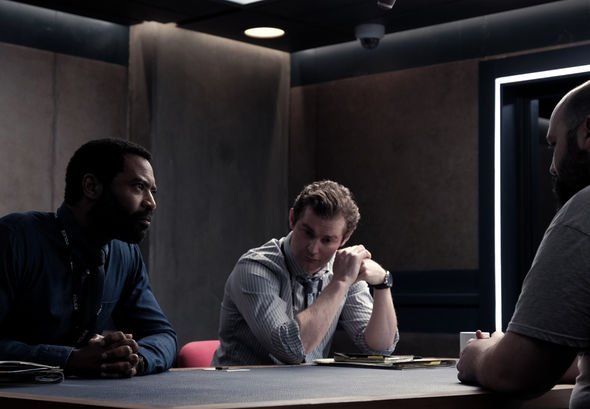 They would come to us and say they wanted to do this show and we would say amazing but have you thought about this, it led to a greater than the su of its parts show. We want people to watch all of them but if you only watch the UK episodes they have benefited from making all of them. “

While each story is standalone – and almost definitely without a crossover – there is a small thread that runs throughout each of the four countries’ episodes. For example, each lead detective is played by a woman (Katherine Kelly in the UK version). It wasn’t conscious, but certainly dictated the way the drama went.

Naturally, Criminal draws parallels to the likes of Line Of Duty, not just because of the amount of actors who have had a starring role in the series, but also because of interview scenes. Where the BBC stalwart was criticised for airing a season five finale predominantly featuring a one-room chat, Criminal revels in the simplicity of it.

Weather warning: Hurricane Humberto and Jerry and two other storms to lash UK with rain [FORECAST]

Debenhams closing 50 stores in new shut down – will your local close? [FULL LIST]

For George, he had to find huge moments in the minutia of humanity. “Where’s our drama coming from?” He asked himself, before going on to provide a well thought out answer.

The water explained: “We went the other way, we wanted it to be incredibly intense. The interview scene is a short scene in every other drama where there’s exposition and then we’re back out on the road again which works very well and that’s the purpose of those scenes. What we’ve done is take that and make it our whole show.

“As a function, you can’t do the same thing. Line of Duty has been talked about but the difference is everyone on that show is out and about, plot is evolving outside that scene. We don’t have any of that, where does our drama come from?

“When you’ve got a show that small, you can’t come out of the traps all guns blazing. We tried to go the other way and we said it was going to be incredibly contained and incredibly intense – nothing without a reason. What someone is wearing, what type of pen everyone is using, how someone is breathing, when someone shifts in their chair, that;s our helicopter exploding. David Tennant putting his jumper back on tells you how he is feeling.

“We had to trust the viewer would be drawn in to the episode. We ran with those details and tried not to artificially create drama in that space.”

Not only does it work, but it works in abundance, and it has spurred the showrunners on to potentially continuing the anthology. George confessed: “We’d love to [do more]. It’s so new but we’ve got plans.”

And thankfully, the cast feel the same, with Katherine in particular praising the restricted style they’ve gone for.

“It’s brave storytelling,” the former Coronation Street star reflected. “I think what it does is it really compliments the audience. It’s not easy listening.

“You can’t predict how well something will go down well with an audience, you can only go on what you think.”

Whatever people make of Criminal it’s certainly brave, bold, small and grand all at the same time. Netflix are on to a winner with this one, let’s hope viewers get on board.

Criminal is available to stream on Netflix.