Home » TV » Daisy gets rid of Jenny to take the Rovers in Coronation Street for herself?

Daisy gets rid of Jenny to take the Rovers in Coronation Street for herself? 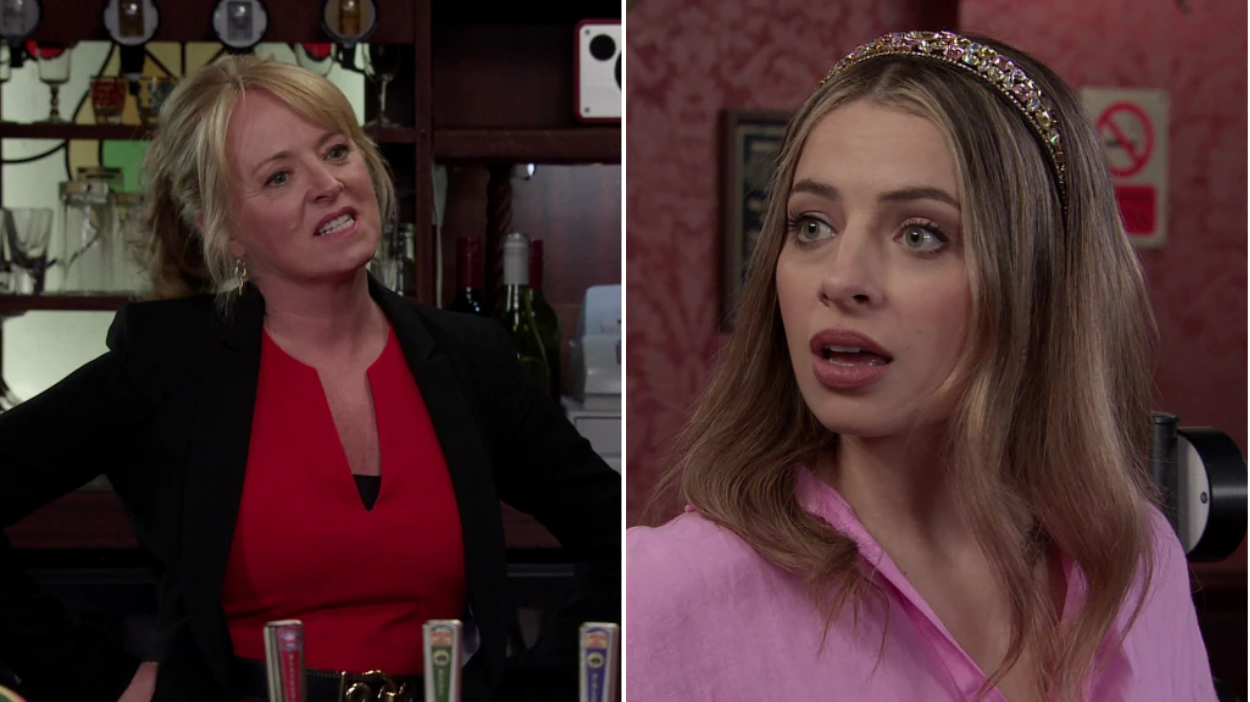 In upcoming episodes of Coronation Street Jenny (Sally Ann Matthews) is still digesting the news that Leo (Joe Frost) is moving to Canada and wants her to go with him.

Jenny and Leo’s romance has been going well since the early days when she faced the wrath of her family for moving on so quickly after Johnny’s death, and also once Jenny had overcome her own misgivings about the age gap between her and her boyfriend.

But despite that, she’s annoyed that he accepted the job he was offered without talking to her first. Moving to Canada would be an enormous step for her and she doesn’t know if she’s ready to leave Weatherfield even if it is to be with Leo.

Jenny talks things through with Daisy (Charlotte Jordan), and Daisy’s opinion is that it would be a great move for Jenny. She encourages her to tell Leo that she’s agreeing to the plan.

Are Jenny’s best interests really at the forefront of Daisy’s mind, though? Jenny’s fairly sure the answer to that is ‘no’ after she overhears Daisy telling Daniel (Rob Mallard) about her plans to run the Rovers in Jenny’s absence.

Jenny angrily accuses Daisy of wanting to get rid of her so she can be Queen of the Rovers.